“Wow! Brazil is big!” exclaimed George W. Bush, when shown a map of Brazil during a visit by Brazil’s president to the White House. In fact, you could fit 12 of his home state of Texas into Brazil. Brazil’s population of 201 million makes it the fifth-most-populous country in the world — and equal to the United Kingdom, Germany and Italy combined.

With Brazil playing host both to the World Cup in 2014 and the Olympics in 2016, this Latin American giant’s coming-out party onto the world stage has the potential to be bigger than China’s was during the 2008 Beijing Olympics.

A Primer on Brazil

“Brazil is the country of the future… and always will be,” observed a wry Charles de Gaulle about Latin America’s largest economy. That statement epitomizes the roller coaster that has been Brazil’s economic fortune over recent decades.

Half a century ago, Brazil was one of the most rapidly growing economies in the world. It experienced another growth spurt in the early 1970s, growing a China-like 9.8% a year between 1970 and 1974. Alas, each period of rapid growth was followed by sharp economic slowdowns and dizzying inflation. Fast forward to the 1980s, and Brazil grew by less than 1% a year.

Then in 2002 — the year left-leaning President Luiz Ignicio Lula da Silva was elected — Brazil went on a roll. Once a poster child for the Latin American debt crisis of the 1980s, inflation has plummeted from 70% per month in 1990 to single-digit percentages each year. Its budget was in surplus by 2010.

Then, like a young teenager with too much sudden success, too soon, Brazil got cocky. By July 2011, President Lula da Silva was attributing his country’s newfound success to a “higher power.”

Gushing statements like that are textbook signs of a bull-market top. Sure enough, Brazil’s stock market has been in a slow downward trend ever since.

So why did the wheels come off the Brazilian economy and stock market?

Credit President Lula da Silva’s successor, Dilma Rousseff, whose combination of unorthodox economic policies and fiscal manipulations derailed the Brazilian economy from what up until then had been steady progress.

Economic growth, which had been humming along at over 4% a year, slowed to an annual pace of just 1.9% this year and is expected to grow an anemic 2% in 2015. That would be terrific for a mature economy like Germany but lousy for a large developing economy like Brazil. No wonder Standard & Poor’s recently lowered the country’s sovereign debt credit to BBB-, the lowest investment-grade ranking.

The collapse of the commodity super cycle hit Brazil hard. It turned out that much of Brazil’s economic success had more to do with the commodities boom than genuine structural reforms. Brazil had always been a major exporter of commodities. But with China’s appetite for commodities cooling, the wind was taken out of the sails of the Brazilian economy. And the advent of fracking has made Brazil’s discoveries of large offshore oil reserves less relevant. Not that Brazil’s dependence on commodities was a surprise. Back in 2010, Harvard economist Ricardo Hausmann had attributed 80% of Brazil’s improvement to high commodity prices spurred by high global (read: Chinese) growth.

The structural problems weighing on Brazil’s economy, which were easy to ignore during the commodities boom, were never addressed. Notably, Brazil today devotes only around a fifth of its national income to investment, compared to 25% for the average emerging market. Taxes are too high. Corruption, regulation and bureaucratic red tape are a millstone around the neck of the economy.

The government continues to play too large a role in the economy. On the one hand, the Brazilian government is pouring billions of dollars into upgrading its roads, railways and airports. On the other, Brazil’s track record of implementing public investment programs is astonishingly bad.

The current World Cup offers a perfect example. The original budget for the World Cup was $1 billion. That ballooned to $11.5 billion — an almost 12-fold increase. The U.S. soccer team won its game against Ghana yesterday in a government-built, $270-million stadium. Only four World Cup games will ever be played there. That’s $67.5 million a game for a stadium that will never again see more than 10,000 fans.

Why You Should Invest in Brazil

Now you might think that based on what I’ve written so far, I’d recommend that you stay away from investing in Brazil.

But you would be wrong.

I actually think Brazil could turn out to be one of the world’s top-performing stock markets over the next 12 months.

First, early polls show that presidential elections in October may give current President Rousseff the boot. Any change of government could be just the ticket to get Brazil’s economy back on track. The prospect of market-friendly economic reforms in India, after last month’s election of Prime Minister Modi, has turned India into the #1 stock market in the world. The same thing could happen easily in Brazil, as it did back in 2002.

Second, the Brazilian stock market is trading on a cyclically adjusted price-to-earnings (CAPE) ratio of 10.2, making it one of the world’s cheapest major stock markets. That means there is plenty of upside for investors willing to take the plunge.

There are a handful of ways to take advantage of any upswing in the market. The iShares MSCI Brazil Capped (EWZ) is a good place to start.

In case you missed it, I encourage you to read my e-letter column from last week about why you should never short a dull market. I also invite you to comment in the space provided below.

previous article
What Does Europe’s Adoption of So-Called Negative Interest Rates Mean for America?
next article
Global Markets Stumble on Tension in the Middle East 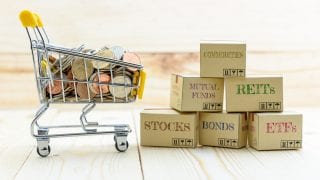 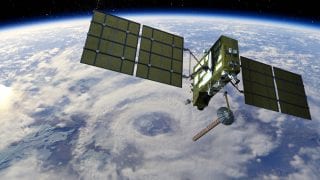