This is a tale of two Midwestern businessmen who live only 300 miles apart. In May, I traveled to Omaha to attend Warren Buffett’s 50th shareholder meeting for Berkshire Hathaway. Five months later, I flew to Wichita to meet with Charles Koch (pronounced “coke”), who just released his new book, “Good Profit.” 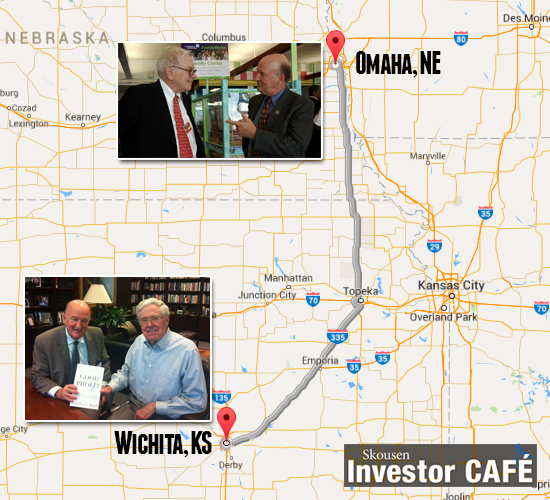 Buffett and Koch have much in common. They were both born in the midst of the Great Depression, and both developed in the Midwestern heritage of industry, thrift and folksy friendliness. They also have a keen ability to make money. In the latest Forbes 400 Richest People in America issue, Buffett is ranked #2 and Koch is ranked #5. The only reason Charles Koch isn’t the wealthiest man in America is because he shares #5 with his younger brother, David. Together, they are worth $82 billion, more than Bill Gates ($76 billion) and Warren Buffett ($62 billion).

In this year’s issue, Donald Trump made the cover, since he claims to be worth $10 billion, not the $4.5 billion determined by Forbes magazine. But Koch makes the second cover page, and I probably am the only person who has a copy with the autographs of both men.

Both Buffett and Koch have also taken advantage of the law of compounding. Buffett’s Berkshire Hathaway reinvests all its profits rather than pay an annual dividend. And Koch Industries reinvests 90% of its net income each year.

But, as they say on Wall Street, “there is more than one way to climb a mountain.” Buffett and Koch differ considerably on how they made their fortunes.

Buffett has done it by carefully buying well-managed companies at good prices and seeing those firms grow over time. He is fond of quoting his partner, Charlie Munger, who said, “A great business at a fair price is superior to a fair business at a great price.” (This and several dozen other Buffett quotes can be found in my book, “The Maxims of Wall Street.”) Their formula has done extremely well over the last 50 years, as Buffett’s company continually outperforms the market indexes (21% annualized return for Berkshire Hathaway vs. 10% for the S&P 500 index).

Charles Koch, on the other hand, actually manages the companies his firm acquires and imposes a discipline known as “Market Based Management” (MBM) that seeks to increase value added to the products they produce. This usually involved hands-on changes in incentives, compensation, product design and production processes. Using this formula, Koch Industries has done extremely well, returning an average 17% annualized return since 1960. A $1,000 investment in 1960 in Koch Industries is now worth around $100 million! 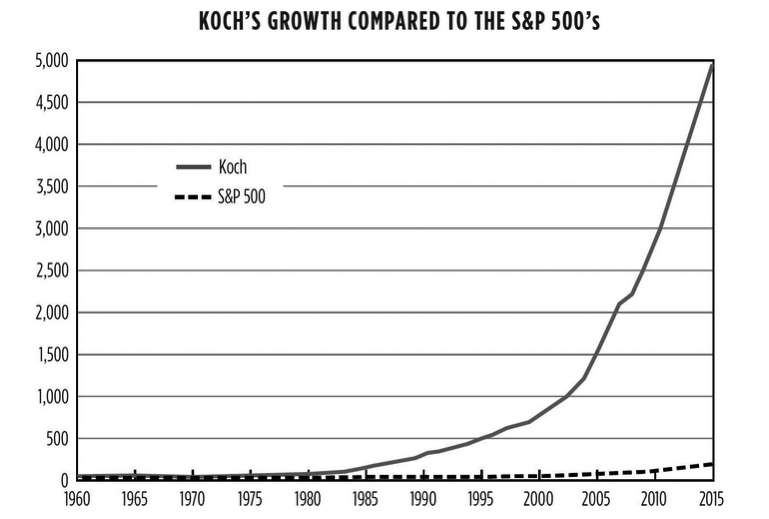 In sum, we have the following annual rates of return:

Another difference is that Buffett’s company, Berkshire Hathaway, is a publicly traded company, and Koch Industries is private. Koch is convinced that private businesses have far greater flexibility in what they can and cannot do than companies that are required to file quarterly reports to the public. Koch investors also don’t have to worry about the ups and downs of Koch’s stock, which would be far more volatile if it traded daily on the stock exchange.

Finally, Buffett and Koch differ significantly on their political views and funding of causes. Buffett is a long-time social democrat who supports Planned Parenthood and Hillary Clinton. He plans to give half of his fortune to the Gates Foundation. Koch supports libertarian causes and Republican candidates.

I wrote about Buffett and his 50th anniversary shareholder meeting. See the June issue of Forecasts & Strategies or the May 7, 2015, issue of Skousen CAFÉ.

The purpose of my visit to Wichita was to interview Koch and review his new book, “Good Profit.” I met Koch back in 2007 in preparation for reviewing his first book, “The Science of Success,” for the Wall Street Journal. His new book does a better job of introducing MBM to the lay reader by giving numerous personal stories and case studies.

For example, after buying out Georgia Pacific, maker of consumer products such as bathroom tissue and Dixie Cups, Koch gradually transformed the culture of the company by encouraging workers to seek out their best comparative advantage, as well as by improving production processes and product design rather than simply providing the lowest cost products. Georgia Pacific also changed its compensation policies for employees so that they could earn more money by adding value, rather than being paid according to seniority or meeting budgets. Koch also values honesty, integrity and compliance with government regulations more than talent and knowledge skills.

Although “Good Profit” is primarily a guide for business owners and entrepreneurs, his book does offer advice for investors. Koch warns against overconfidence in making predictions, relying too much on experts and counting “sunk costs” based on past decisions (thinking “I’ll stay with this bad investment until it turns around and I get my money back”). According to Koch, investors should beware of “confusing random events with patterns that are really unpredictable.” Technical or charting analysis can lead you astray when they go contrary to sound fundamentals about a company.

At the end of his book, Koch tells the story of a long-time employee who told him that working for Koch Industries not only resulted in a successful career, but gave him a whole new view on life. At Koch Industries, it’s not just a job, but a way of life.

Surely a formula that has turned $1,000 into $100 million in 65 years is worth examining closely. I consider Koch’s “Good Profit” and John Mackey’s “Conscious Capitalism” the two most important business books of the 21st century. If business leaders will follow the example of these two libertarian CEOs, we will see a whole new brand of capitalism.

“Good Profit” is a great read. I urge you get a copy at your local bookstore or on Amazon for only $16.80, plus shipping.

You Blew It! Robert Reich Commits the Purchasing Power Fallacy

“Raising the minimum wage will put money in the pockets of consumers and will stimulate the economy.” — Robert Reich, former Secretary of Labor

In an interview about his new book, “Saving Capitalism,” former Labor Secretary Robert Reich said he favors increasing the federal minimum wage. One of the benefits, he claims, is that the raise will put money in the pockets of consumers who, in turn, will go out and spend the money and stimulate the economy.

Reich has committed one of the most common fallacies in economics that was exposed more than 150 years ago in Frederick Bastiat’s essay, “What is Seen and Not Seen.” It is known as the purchasing power fallacy. What is seen is the additional income going to minimum wage workers and the benefits thereof. What is not seen by Mr. Reich is the increase in the cost of the higher wages on business, causing firms to see less profits or to raise the price of their products to pay for the higher wages.

Reich also ignores the potential negative impact on employment, or companies switching to automated machines to take the place of largely unskilled workers. While wages for some workers increase, income may fall for others who are laid off.

In sum, there is no free lunch in the labor markets. A much smarter way to raise wages and increase employment would be through the earned income tax credit or cutting the corporate tax rate to increase profits and encourage more hiring. Studies have shown that companies with higher profit margins pay their workers more. That’s a genuine, natural way to raise wages rather than the artificial one of raising the minimum wage.

I soon will be announcing more top experts in portfolio management, tax and estate planning and foreign investing. But I want to encourage you to sign up now and take advantage of our special “early bird” discount — $200 off the retail price for Skousen CAFE subscribers if you register by Dec. 31. The price is only $495 per person/$795 per couple with the discount. And hotel rates at the five-star Atlantis Resort are only $209 per night. We are limiting this private meeting to 200 attendees only. To sign up, call Karen or Jennifer at 855-850-3733 ext 202, email info@freedomfest.com, or go to gfs.freedomfest.com.

In case you missed it, I encourage you to read my e-letter column from last week about how the bears are wrong about the state of the U.S. stock market. I also invite you to comment in the space provided below. 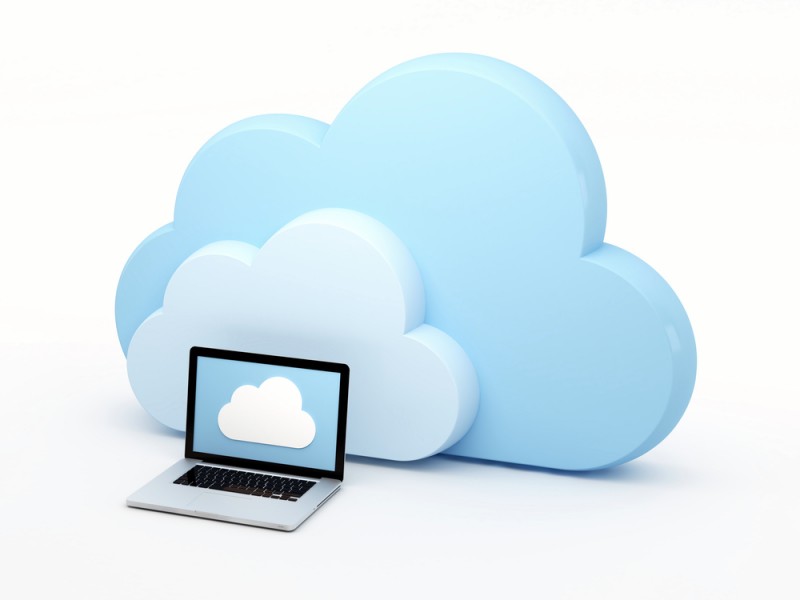