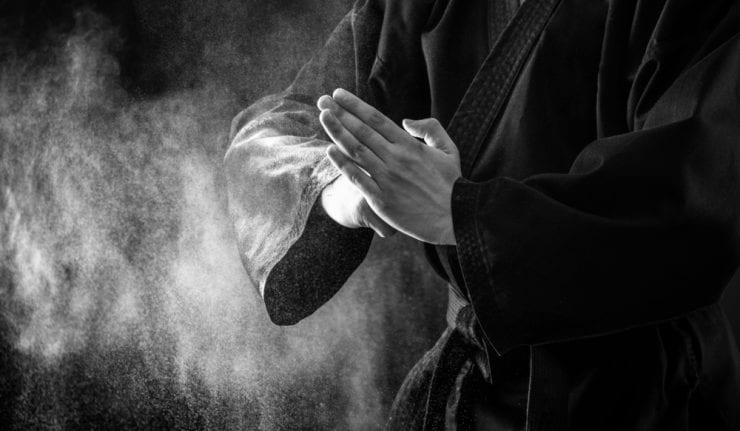 United Airlines (NYSE:UAL) took the biggest blow to its stock price not from removing a paid passenger off a flight to open seats for company employees but after its CEO defended a policy that allowed the customer to be bloodied and pulled off the plane against his will.

The public generally is forgiving if honest mistakes occur, contrite apologies are given and corrective action is implemented to avoid a recurrence. But United Airlines and its leader initially followed none of those steps and the result is that the company lost roughly $950 million in market value in the wake of its self-inflicted public relations crisis.

The chart below shows the stock price’s drop on April 11. 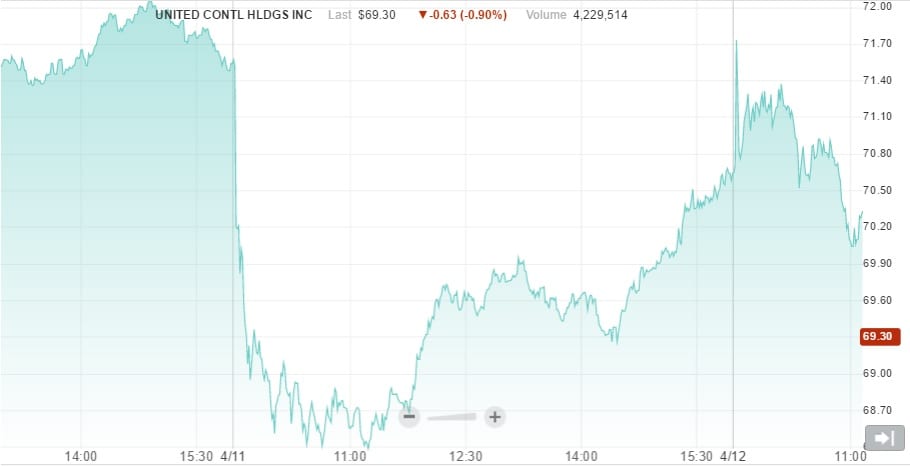 The solution for the airline rests partly within its so-called “Customer Commitment” policy on its own corporate website, which promises to provide a level of service to customers that is commensurate with “a leader” in the airline industry.

“Our goal is to make every flight a positive experience for our customers,” the policy states.

The CEO should have asked himself whether that standard was met when he viewed the video of the passenger getting yanked out of his seat by Chicago airport police who were called by his employees to do so. The bloody face of Dr. David Dao was recorded on video by a fellow passenger who showed the physician’s removal by force from his seat as he was dragged down the aisle out of the plane. The doctor’s injuries from the rough treatment included a broken nose, the loss of two teeth and a concussion. The airline’s ill-conceived policy that allowed a passenger to be kicked off a plane after already taking his seat is no way for a business to treat a paying customer who did nothing wrong.

Try to imagine any other industry or business where customers are treated so poorly. Airlines have consolidated to the point in recent years where competition has shrunk, prices have risen and planes are increasingly crowded with economy passengers coping with reduced leg room and often paying baggage fees. Indeed, passenger choice and the benefits of competition have eroded as United merged with Continental, American Airlines (Nasdaq:AAL) joined with USAirways, Delta Airlines (NYSE:DAL) purchased Northwest Airlines, and Alaska Air Gr0up Inc. (NYSE:ALK) acquired Virgin America.

The airlines are not monopolies but they wield immense market power at their hub airports. New Jersey Gov. Chris Christie urged federal regulators after the incident to reform the airlines’ practices for “bumping” paid passengers off their flights in cases of overbooking and noted that United controls roughly 70 percent of the market at the airport in Newark.

Passengers who want an alternative airline may have little choice when most of the flights and routes are held by a dominant airline in a particular locale. Customers can cut up their United credit card, mail it to the CEO and refuse to fly on the carrier but not without many of them incurring major inconvenience.

Airline executives dislike regulation but it may be coming soon after the April 9 fiasco that involved a physician forcibly removed from his flight to make room for airline employees, despite him asking to stay on board to be able to see patients in Kentucky the next morning. It remains a mystery why the airline does not adopt a free-market policy to compensate volunteers sufficiently by raising the value of travel vouchers until enough people accept.

Instead, United’s current policy fell way short. It may be similar to the policy of other carriers but the market power major airlines hold may give weight to Gov. Christie’s proposal for reform.

United’s policy omits addressing the physical removal of passengers from a flight after they have been seated on board. The policy describes procedures for “oversale” situations prior to boarding. Those procedures led to the public relations crisis for the airline and should be viewed as a call to reform by all carriers.

This case of paid passengers taking their seats only to later be asked to leave and accept whatever compensation the airline chooses to offer shows a lack of respect for its customers.

“You will generally be entitled to compensation and transportation on an alternate flight,” according to United’s policy. That failed policy led to the passenger’s injury, embarrassment and hiring of an attorney to pursue damages.

United’s CEO later said he wanted to apologize to the passenger and the other passengers on board the flight but it took widespread public outrage and social media shaming of the airline and its top executive to reach that point. Originally, the CEO said the airline merely “re-accommodated” the passenger.

All Pro NFL offensive lineman Joe Thomas tweeted about how that description would apply to his flattening of defensive players on rival teams during games. ABC TV’s late night talk show host Jimmy Kimmel created a new television commercial for United as a spoof with a proposed off-color slogan that is vast departure from the company’s old one about helping its passengers fly the “Friendly Skies.”

People and companies make mistakes but when it happens the best approach usually is to acknowledge the situation, apologize sincerely and correct any faulty policy or behavior that led to it. United now faces litigation, public backlash and a looming question about whether whatever new policy it adopts will meet its own lofty standard of presenting itself as an industry leader. 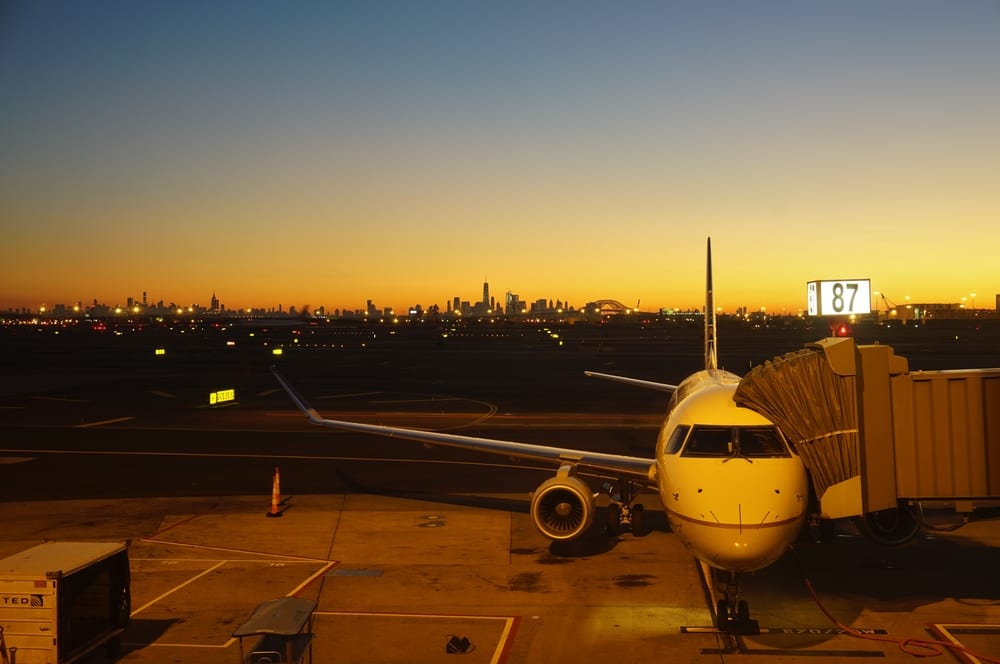 United Airlines is in the midst of a public relations disaster and its share price has suffered. Should investors treat it as an opportunity or a warning sign?