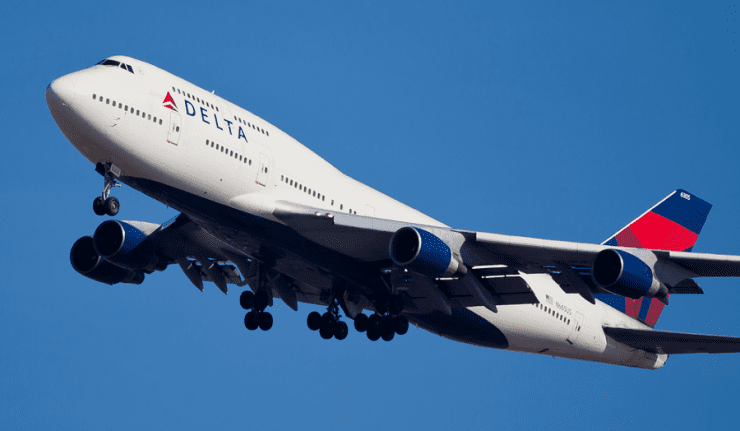 Delta Air Lines, Inc. (NYSE:DAL) has recovered most of its share price losses since its recent all-time high in July 2019 and is looking to continue this advancement and the uptrend on positive financial results for the last quarter and full-year 2020.

Delta’s current share price still has more than 10% room on the upside before it reaches Wall Street analysts’ average target price of $67.83. Because of this room for growth and the anticipation that Delta will build on its year-end results with another better-than-expected financial report for the first quarter, all 18 of the analysts that are currently covering the Delta stock have a “Buy” (11) or a “Strong Buy” (7) recommendation.

On January 14, 2020, Delta Air Lines reported its fourth-quarter and year-end results for 2019. In the last quarter of the year, Delta generated $11.44 billion in total revenue, which was a 6% increase over the same period during the previous year. Passenger services accounted for nearly  90% of total revenue and advanced at the same 6% overall growth rate. While cargo revenue declined by 13% for the period, that segment had minimal impact as its accounts for just slightly more than 1% of Delta’s total revenue.

A reduction of 14% due to aircraft fuel costs and related taxes drove gross profit 28% higher from $1.1 billion in the same period last year to the $1.4 billion in the last period of 2019. Earnings advanced 8% from $1.02 billion to $1.1 billion, or $1.71 per diluted share. Adjusted earnings per share (EPS) of $1.70 came in above the $1.20 to $1.50 guidance and beat analysts’ expectations of $1.40 by more than 21%. Including the fourth quarter of 2019, Delta has beaten analysts’ quarterly earnings estimates in all of the past five consecutive periods.

Full-year revenues of $47 billion for 2019 were $2.57 billion, or 6% higher than in 2018. While not as high as the 14% quarterly reduction, 6% lower fuel costs saved $500 million for the year. Additionally, ancillary businesses and refinery cost reduction added another $450 million to create cost savings of nearly $1 billion from just those two line items. They also drove gross profit 26% higher from $5.23 billion in 2018 to $6.65 billion for the most recent full year.

While fourth-quarter earnings grew by 8% year-over-year, Delta delivered a full-year earnings boost of 21% from $3.94 billion in 2018 to $4.77 billion in 2019 due to strong earnings performances in the first three periods of the year. Full-year 2019 EPS was $7.32, or $7.30 on an adjusted basis, which beat the analysts’ cumulative EPS expectation of $6.84 for the full year by 6.7%. After generating $8.4 billion of operating cash flow and $4.2 billion of free cash flow in 2019, Delta returned $3 billion to its shareholders through its share repurchase program and dividend income distributions.

The company has boosted its annual dividend every year since starting distributions in 2013. Over the past six years, Delta Air Lines has enhanced its total annual dividend payout amount nearly seven-fold. That pace of dividend advancement corresponds to an average growth rate of 37.3% per year.

The company’s current quarterly payout of $0.35 amount is 14.8% higher than the $0.305 dividend distribution from the same period last year. This new quarterly amount corresponds to a $1.61 annualized payout and a 2.6% forward dividend yield. The current yield is nearly 42% higher than Delta’s own 1.9% average yield over the past five years.

The company’s stock entered the trailing 12-month period on the tail end of a downtrend that began in late November 2019 and pushed the share price down 22% towards its 52-week low of $47.10 on Jan. 22, 2019. After bottoming out in the first week of the trailing year, the share price reversed direction and ascended with just a couple of directional changes over the subsequent six months. By the time it reached its new all-time high of $63.16 on July 24, 2019, the share price had gained nearly 35% over its 52-week low from January 2019.

However, the high level did not last long because the share price immediately reversed direction and gave back more than half of those gains over the subsequent two months. Following another reversal in direction in early October 2019, the share price recovered almost all those losses to close on Jan. 14, 2020 at $61.45. While just 22% higher than it was five years ago and still 2.7% short of its all-time high from July 2019, the Jan. 14, closing price marked a gain of more than 28% over the past year and was 30.5% higher than the 52-week low from January last year.

The strong share price recovery over the past year combined with the company’s above-average dividend income payouts to reward Delta’s shareholders with a 32% total return on their investment over the trailing one-year period. Recent share price fluctuations have limited total returns over the past three years to just 24%. While only slightly higher than the one-year performance, the asset appreciation and dividend total returns over the last five years have exceeded 38%.

Headquartered in Atlanta, Georgia, and founded in 1924, Delta Air Lines, Inc. provides scheduled air transportation for passengers and cargo internationally. Delta Air Lines serves more than 180 million customers each year. Through its global network, Delta and the Delta Connection carriers offered service to more than 300 destinations in over 57 countries and operated a fleet of more than 800 aircraft as of March 2019. The airline is a founding member of the SkyTeam global alliance and participates in the industry’s leading transatlantic joint venture with Air France-KLM and Alitalia, as well as a joint venture with Virgin Atlantic. Including its worldwide alliance partners, Delta offers customers more than 15,000 daily flights and services 660 locations in 130 countries. The company’s key hubs and markets are Amsterdam, Atlanta, Boston, Detroit, Los Angeles, Mexico City, Minneapolis/St. Paul, New York-JFK and New York-LaGuardia, London-Heathrow, Paris-Charles de Gaulle, Salt Lake City, São Paulo, Seattle, Seoul and Tokyo-Narita. 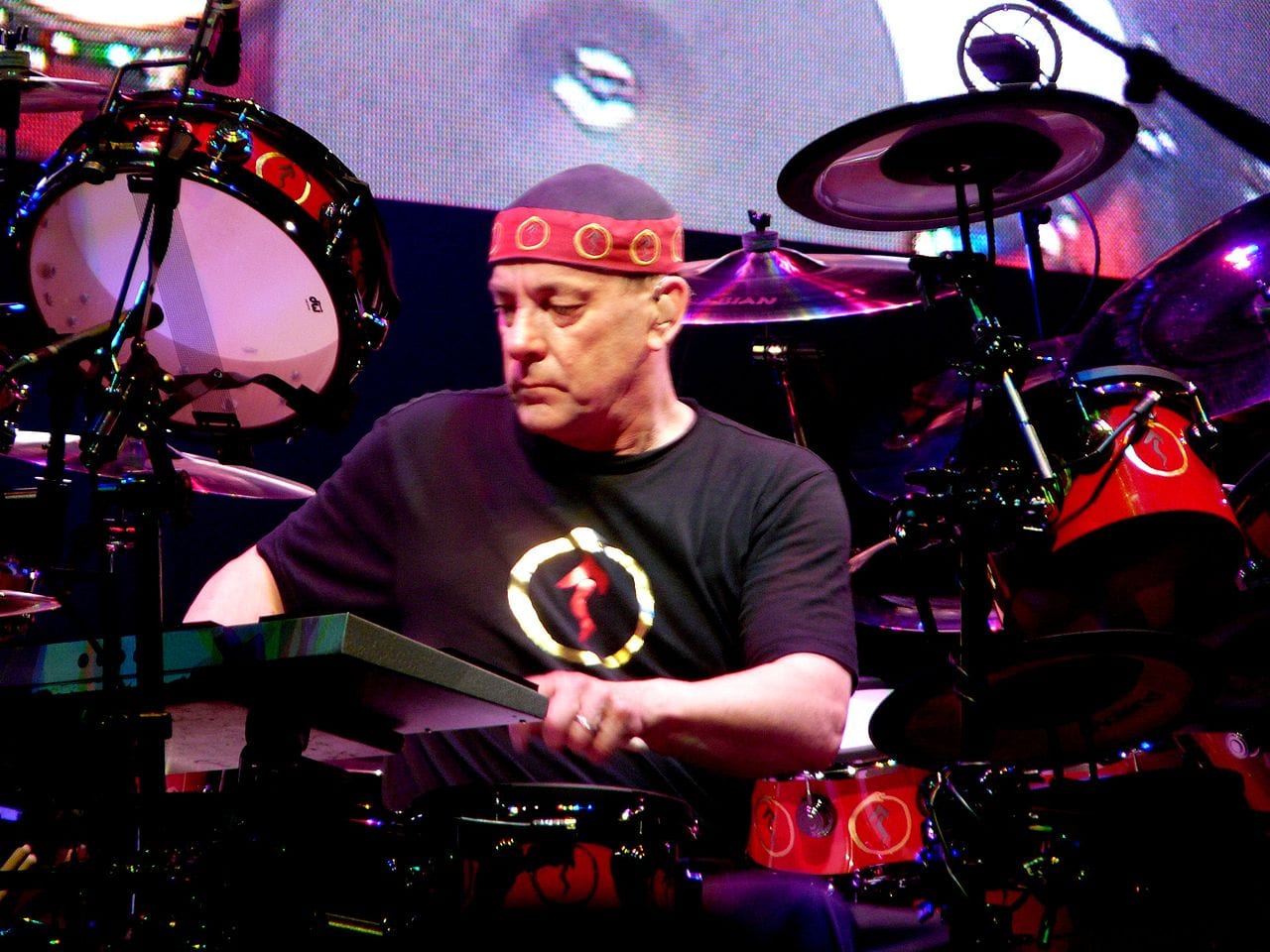 Jim Woods discusses how a shadow crossed his heart when he heard that the famous musician Neil Peart had passed away. He then offers his thoughts on Neil Peart's legacy.