Mises-Hayek Walking Tour Shows How to Profit from Austrian Economics 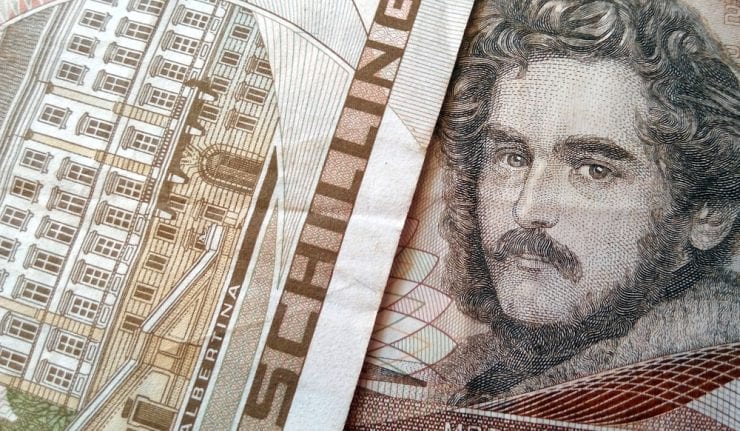 The Mises-Hayek walking tour of Vienna on Sept. 28 took place as part of the FreedomFest Austrian Economics cruise down the blue Danube River.

The tour, arranged by Barbara Kolm, director of the Austrian Economics Center in Vienna, Austria, attracted around 25 FreedomFest attendees.  It made for a busy day.

After visiting the magnificent Fine Arts Museum, we toured two private banks in Austria, Bank Winter and Wiener PrivatBank. Then we began an historic walking tour in the footsteps of Ludwig von Mises and Friedrich Hayek, the two giants of the Austrian school of economics. Both attended the University of Vienna, but were forced to leave after the Nazis took over in the late 1930s. Mises went to America to teach at New York University and Hayek to England to teach at the London School of Economics (LSE).

Highlights of the Mises-Hayek Walking Tour

Dr. Richard Zundritsch, great grandnephew of Friedrich Hayek, was our tour guide, taking us to the Chamber of Commerce, the University of Vienna and the various restaurants and cafes that Mises and Hayek frequented. He told the story of hyper-inflation in Austria in the early 1920s. In one year’s time, Hayek’s salary went from 5,000 marks to 1 million marks!

When government officials came to Mises’s office at the Chamber of Commerce and asked him how to solve the inflation problem in Austria in the early 1920s, he invited them to visit a particular building at midnight. It was a strange request, but they agreed to meet him there. When they arrived, they noticed that a loud noise was coming from the building. Mises said, “You want to stop the inflation?” He then pointed to the building and said, “Stop that noise.” The building housed the printing press where the nation’s currency was being printed in abundance.

At one point, we stopped by the headquarters of the Creditanstalt, the biggest and most famous bank of Austria during the 1920s. During this time, Professor Mises would walk by the bank on his way home. One day he was walking with his student Fritz Machlup and he pointed to the bank and said, “Someday there’s going to be a great smash!” In 1929, he was offered the position of chief economist at the Creditanstalt, but he turned it down, telling his wife Margit, “I don’t want my name associated with this bank when it collapses.” Mises added, “Don’t marry me if you want to get rich. I write about money, but will never make much of it myself.” Two years later, in 1931, the Creditanstalt bank went bankrupt, causing the entire continent of Europe to enter the Great Depression… and then endure World War II.

After the war, the bank was revived and stayed in business for decades. However, things have changed in 2017, as the Creditanstalt  recently was taken over by Bank Austria.

Update on ‘Brexit’ and the Euro

Barbara Kolm also gave us an update on the outlook for Europe and the euro. The problems of debt and immigration are so difficult that she thinks that it’s only a matter of time before the euro and the European Union disintegrate. Brexit is only the beginning, she said. I’m more optimistic. The benefits of one currency and free trade in the United States are so overwhelming that political differences can be worked out. We shall see who is right over the next 10 years. In recent months, the euro has been gaining on the dollar.

The greatest challenge is the low interest rates in Europe and around the world. The Austrian theory of the business cycle suggests that artificially low rates cause asset bubbles in the stock market and real estate that will eventually cause a boom to turn into a bust. But when? It only occurs when interest rates start rising fast. For now, the markets look strong and we remain fully invested.

Each attendee received a copy of my book “A Viennese Waltz Down Wall Street: Austrian Economics for Investors,” which has a summary of the life and ideas of each Austrian economist and how to benefit from their teachings. If you’d like a copy, call Harold at Ensign Publishing toll-free at 1-866-254-2057. The price is only $20 and I pay the postage. 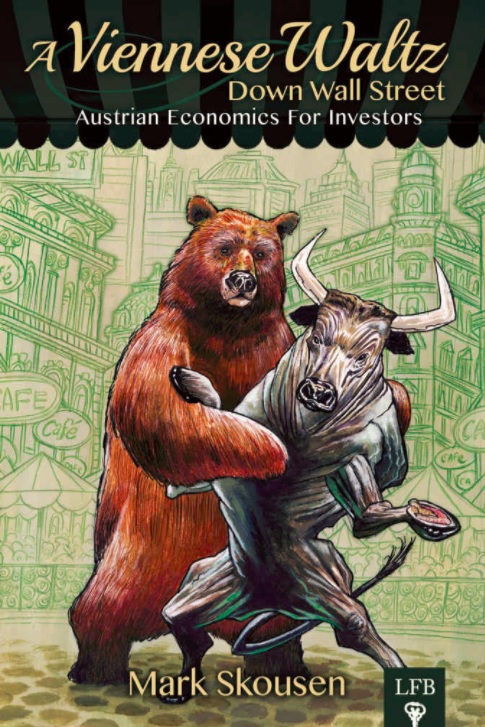 — Schumpeter Lecture, Stockholm, Sweden, Oct. 3: I’m headed to Stockholm to deliver the prestigious Schumpeter Lecture, named after the famed Austrian economist Joseph Schumpeter. Read about it here. My topic will be on gross output (GO) as a paradigm shift. Sponsor Johan Eklund has arranged for me to meet with members of the Ministry of Finance to discuss the adoption of GO.

— Dallas MoneyShow, Oct. 5-6: I’m delighted to be back in Dallas to moderate a main stage panel, “Washington Policy: How It Affects Your Portfolio,” with Steve Forbes, Steve Moore, Peter Schiff and Edward Yardeni. Earlier that morning, I will give the annual “alumni breakfast” talk. I’ll also be doing an encore of the “great debate” with Mike Turner on “The Economics Professor vs. the Mathematician: Buy-and-Hold vs. Market Timing.” I’m also on a luncheon panel to pick the next big winners with Bart DiLiddo, John Dobosz, Cody Willard and Kelley Wright. To sign up for your complimentary tickets, go to Skousen.DallasMoneyShow.com.

As part of the FreedomFest river cruise down the Danube, we visited Liberty Square in Budapest, Germany.

Liberty Square has an interesting history. Over the years, it has housed the continent’s largest prison… then the Hungarian stock exchange, which was replaced by the Hungarian state television station when the Soviets took over after World War II… Now it is full of monuments that distort history. The Soviet communists put up a monument to the “liberation” of Hungary in 1945 with a bronze battle scene near its base. Vandals frequently have defaced it, but it still stands… After 1989, the city built a monument to the 1956 Hungarian Revolution with a life-size statue of Imre Nagy, the prime minister who sought independence and looked to the West in vain for help. Nagy was a communist, just not supportive of Soviet domination.

A few years ago, the Hungarian government built a monument to the victims of the German occupation in World War II. It shows a German Imperial Eagle — which is distinct from the eagle used as a Nazi symbol, and which still graces the German coat of arms — about to sink its claws into the flesh of the Archangel Gabriel, who symbolizes the innocent victim that was Hungary. Unfortunately, the Hungarian government was complicit with the Nazis taking over Hungary and persecuting the Jews.

Finally, the Hungarian government made up for their mistakes by erecting a bronze statue of Ronald Reagan in memory of his stance against communism. It stands in Liberty Square, just behind the old Soviet-liberation monument. 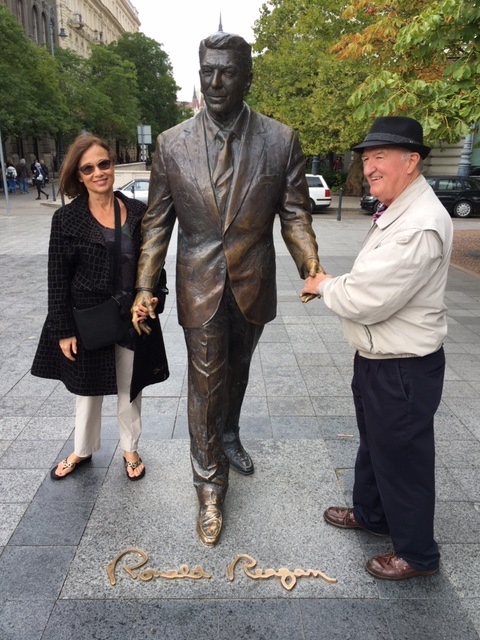 Recommended! Hungarian refugee and historian Paul Hollander has written a fascinating account of how otherwise smart intellectuals endorsed Hitler, Mussolini, Stalin, Mao, Castro and other tyrants. It contains quite a few embarrassing quotes, such as Steve Spielberg, who after meeting Fidel Castro in 2002, called the meeting “the most important eight hours of my life.”  In the preface, Hollander writes about political hero worship even today (One example is the unceasing appeal of President Trump to certain voters). It is a fascinating study. You can buy it here: https://www.amazon.com/Benito-Mussolini-Hugo-Chavez-Intellectuals/dp/1107415071. I’ve invited Hollander to speak at next year’s FreedomFest on “The Dangers of the True Believer in Both Politics and Religion” — very relevant today. (Save the date: July 11-14, 2018, Paris Resort, Las Vegas). 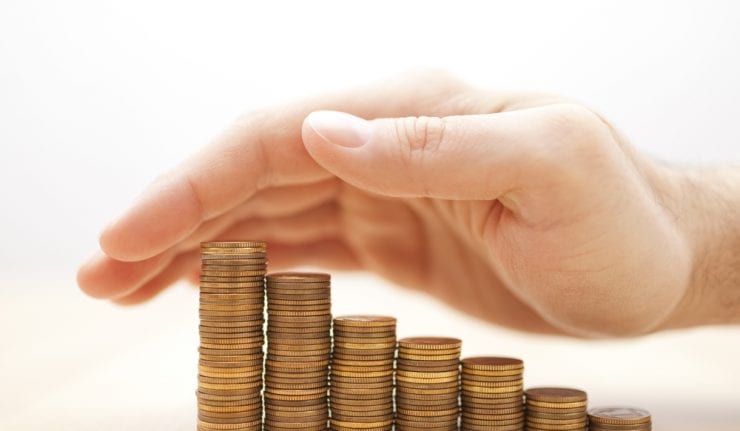