Use this ‘Scary Indicator’ to Trounce the U.S. Stock Market 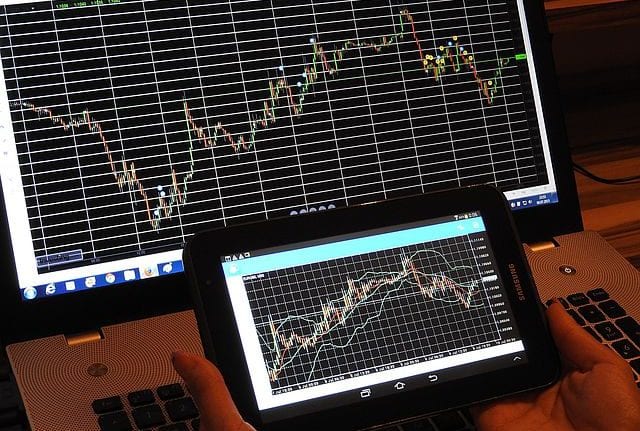 “Sell in May and Go Away” is one of Wall Street’s most famous adages.

It also is known as the ”Halloween Indicator.”

It refers to the market anomaly wherein the period between October and April is by far the strongest six months of the year in the stock market. Just consider the statistics relating to the granddaddy of all U.S. stock market averages — the Dow Jones Industrial Average.

Money invested in the Dow since 1950 between November through April has returned an average of 7.5%.

Money invested during the other six months of the year generated only an average gain of 0.3%.

Few investors know that the Halloween Indicator is even stronger in global stock markets.

The Origin of the Halloween Indicator

Halloween began as a Celtic holiday in today’s Ireland over 2,000 years ago.

Popularized by Irish immigrants in the late 1800s in the United States, Halloween morphed into a secular holiday in America by the 1920s and 1930s.

Much like the holiday itself, the “Halloween Indicator” also arrived from the British Isles.

The original saying was “Sell in May and go away; come back on St. Leger’s Day.”

The St. Leger Stakes is the oldest of England’s five horse racing classics.

Back in the days of Victorian England, London stock market traders would sell all of their holdings in May so they could enjoy a carefree summer in the countryside.

Traders then returned to the market after the running of the St. Leger Stakes held in late September.

Putting the Halloween Indicator to the Test

They are quickly arbitraged away as soon as they become widely known.

Yet the Halloween Indicator has stood the test of time.

A seminal paper published by Bouman and Jacobsen in 2001 in the American Economic Review confirmed that U.S. stocks outperformed between November to April.

Looking at the data between 1970 and August 1998, the Halloween effect was much stronger in almost all other countries.

As the paper put it:

“Surprisingly, we find this inherited wisdom to be true in 36 of the 37 developed and emerging markets studied in our sample. The ‘Sell in May’ effect tends to be particularly strong in European countries and is robust over time. Sample evidence, for instance, shows that in the U.K., the effect has been noticeable since 1694.”

Jacobsen followed up with another academic paper, published in October of 2014, which expanded on the original work from 2001 and updated the data.

The paper found that the “best six months” or “Halloween Indicator” strategy had statistically significant outperformance in all 108 out of 109 active stock markets in the world.

The chart shows the vast outperformance for the “Halloween Strategy” versus “Buy and Hold”:

A 2012 paper by Fuerst, Andrade and Chhaochharia examined returns across the same 37 markets over a 14-year period that Jacobson had studied through 1998. It found that in the “selling in May” strategy generated 6.9% outperformance between 1998 and 2012 in U.S. stocks. The average outperformance in global stock markets was about 10%.

This out-of-sample persistence indicates that the effect is enduring and not a statistical fluke. Further, we show explicitly that this anomaly could have been profitably exploited through investable strategies.

My Take on the Halloween Indicator and Global Stocks

Explanations for the persistence of the Halloween effect are often fuzzy.

Watch CNBC in the summer and you’ll hear about the impact of summer vacations on market liquidity and investors’ risk aversion.

I’ll add my perspective on this anomaly in global stock markets to the mix.

When I was an emerging markets mutual fund manager, I always expected markets to perform best in Q4 and Q1 of each year.

Sure, there were exceptions, like the period after the collapse of Lehman Brothers in 2008, when investors abandoned all risky assets and everyone headed for the exits at once.

But during normal times — and yes, today counts as normal — the story goes something like this:

Around this time of the year, institutional money managers start thinking ahead to the coming year.

Portfolio managers implement these new asset allocation strategies before the start of the year. After all, the strategies must be in place by January.

That means shifting money out of, say, U.S. markets into other global and emerging markets.

This process tended to move these relatively small markets in December.

And since portfolio managers want to get a jump on the competition — after all, why wait to buy at a higher price — they start this reallocation process a bit earlier, say, in November.

All of this activity tends to move the prices of global markets starting this time of the year.

Making Money from The Halloween Indicator

Of course, discussion of the Halloween effect matters little unless you can exploit it.

Here’s why I think 2017 may be a particularly good year to exploit it in global stock markets.

Global stock markets have had their best year in recent memory.

So, if you want to turbocharge your return, consider a leveraged emerging markets exchange-traded fund (ETF), such as the ProShares Ultra MSCI Emerging Markets (EET).

This ETF attempts to double the daily performance of the MSCI Emerging Markets Index. Yes, leveraged ETFs don’t always deliver what they promise thanks to intricacies of how daily price changes are calculated.

But as the chart below confirms, EET has done an excellent job in this year’s bull market compared to its unleveraged cousin, the iShares MSCI Emerging Markets ETF (EEM).

One final piece of advice…

If you do buy this ETF, buy it in a tax-free IRA.

That way your profits won’t be eaten up by short-term taxes.

Good luck in your trading.

P.S. How do short-term gains of more than 200% and 100% sound? Subscribers to my Alpha Algorithm trading service received a special alert from me earlier today advising the sale of call options that produced a short-term gain of 209.41%. I also advised the sale of other call options that produced a quick return of 119.69%. Learn about this unique trading service by clicking here.