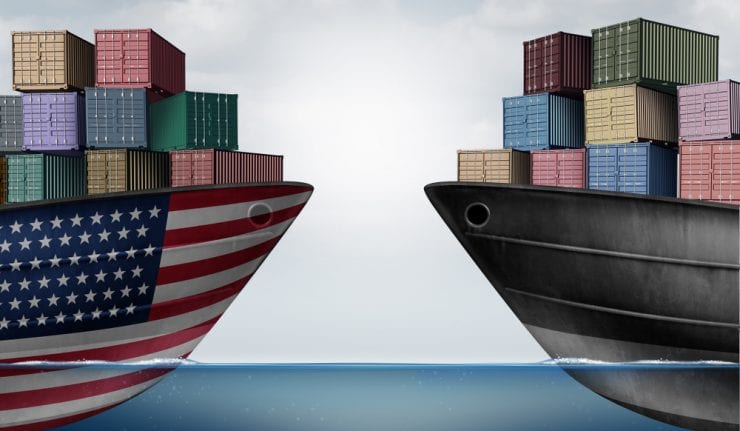 Markets continue to hunker down amid little news of any breakthrough in the tit-for-tat tariff battle that threatens to become an all-out trade war amid President Trump’s threats to impose tariffs on up to $450 billion in Chinese imports.

China’s highly publicized “Made in China 2025” outlines a state-backed industrial policy targeting 10 sectors in technology that include aerospace, advanced materials, clean energy and robotics, among other software advances like artificial intelligence. This ambitious program has Washington’s trade officials on full alert.

Made in China 2025 is at the heart of China’s efforts to capture 70% of market share by 2025 for basic core components and important basic materials in strategic industries. President Trump’s initial list of tariffs on $50 billion in Chinese goods, which will begin taking effect on July 6, specifically targets items related to Made in China 2025.

Peter Navarro, the president’s key trade advisor, argues that the Chinese government plans to dominate emerging technology industries. “China seeks to achieve its goal of economic and military domination, in part, by acquiring the best American technology and intellectual property,” he wrote, concluding that “Trump’s new tariffs will provide a critical shield against this aggression.”

Without question, there are credible issues with how China functions regarding technology and trade. China wants to close the gap in key areas of military applications that are clearly a threat to U.S. national security. How Trump manages this Chinese initiative will require his best deal-making skills. China has a history of exhibiting patience to achieve its objectives. Any set of terms to avert a trade war will have to be viewed with a big dose of skepticism. By no means is China going to scale back its long-term ambitions, but the United States can do much to protect its most valued intellectual property.

American corporations share some of the blame here as well. Eager to access Chinese markets, U.S. companies have complied with China’s requirements to share a good measure of proprietary technology developed in America with Chinese venture partners. Foreign firms that want to enter certain industries such as energy, telecommunications and autos to form joint ventures with local partners in China often result in the transfer of technology to the Chinese companies. Beijing also strongly encourages global businesses to carry out research and development (R&D) activities inside China.

Some experts say that handing over technology has effectively become a cost of doing business in China, which is a market that is too big for most companies to ignore. Foreign companies that give up their technology usually do so at least partly of their own volition. The trade problem was addressed in part this week by the Congress’ passage of stronger reforms by the Committee on Foreign Investment in the United States (CFIUS) to protect U.S. technology related to the Foreign Investment Risk Review Modernization Act (FIRRMA).

President Trump commented, “After reviewing the current versions of FIRRMA with my team of advisors — and after discussing them with many Members of Congress — I have concluded that such legislation will provide additional tools to combat the predatory investment practices that threaten our critical technology leadership, national security, and future economic prosperity. Therefore, upon enactment of FIRRMA legislation, I will direct my Administration to implement it promptly and enforce it rigorously, with a view toward addressing the concerns regarding state-directed investment in critical technologies identified in the Section 301 investigation.”

This is the first piece of positive rhetoric that provides some hope of averting a trade war with China and hopefully the FIRRMA reforms will provide the necessary oversight in assessing threats to national security posed by significant investments in U.S. businesses by non-U.S. investors. It’s a big step in the right direction and sends a strong message to China that the United States is changing the terms and conditions about the export of key U.S. intellectual property. Now, we just need Trump’s trade team to deliver an eleventh-hour deal to avoid mutually triggered U.S.-China tariffs set for July 6.

While most growth sectors that have international exposure have been enduring almost two weeks of persistent selling pressure, shares of consumer staples stocks have traded higher as investors seek the safety of non-cyclical defensive businesses. The Consumer Staples Select Sector SPDR ETF (NYSE:XLP) has seen its price turn higher over the past month against a negative tape. Mergers and acquisitions (M&A) activity also is sparking some of the buying in the sector. Conagra announced it will acquire Pinnacle Foods. A potential merger between Kraft Heinz (Nasdaq:KHC) and Campbell Soup (NYSE:CPB) is being rumored and there is increased upside call buying in names like Hormel Foods (NYSE:HRL) and Hain Celestial Group (Nasdaq:HAIN).

So, while most market sectors are being roiled by trade tensions, money flows into the consumer staples has been steady. Shares of Consumer Staples Select Sector SPDR ETF (NYSE:XLP) sport a dividend yield of 3.05%, which is 65% higher than the 1.85% yield paid by the SPDR S&P 500 ETF (NYSE:SPY). So, while many investors wring their hands over the near-term future of their hot growth stock holdings, there is a strong bid under the consumer staples sector that makes for a smooth and steady summer ride.

Exclusive  2020: A Turning Point in America? 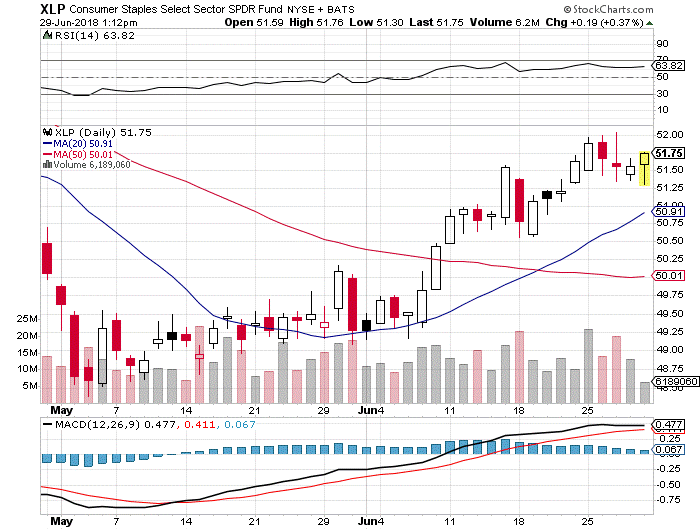 My Cash Machine advisory service, which targets high-yield assets and safe dividends, is geared for seizing on opportunities such as the sudden rotation of fund flows into the Consumer Staples sector. Even as the Fed has raised short-term interest rates, the tax cuts, market volatility and heightened M&A activity in the space are drawing a lot of investor attention.

To find out more about how Cash Machine is positioning income investors for great yields, click here to learn how to put my current portfolio of 23 holdings to work. The blended yield is currently 8.5%, or three times the yield on the 10-year Treasury in a portfolio of holdings that is consistently raising its dividend payouts. That’s a powerful combination in how one crushes conventional investment yields, while beating inflation and the tax man. Rising cash flow is the name of the game in fending off the rising cost of living and Cash Machine makes that proposition a winning solution. 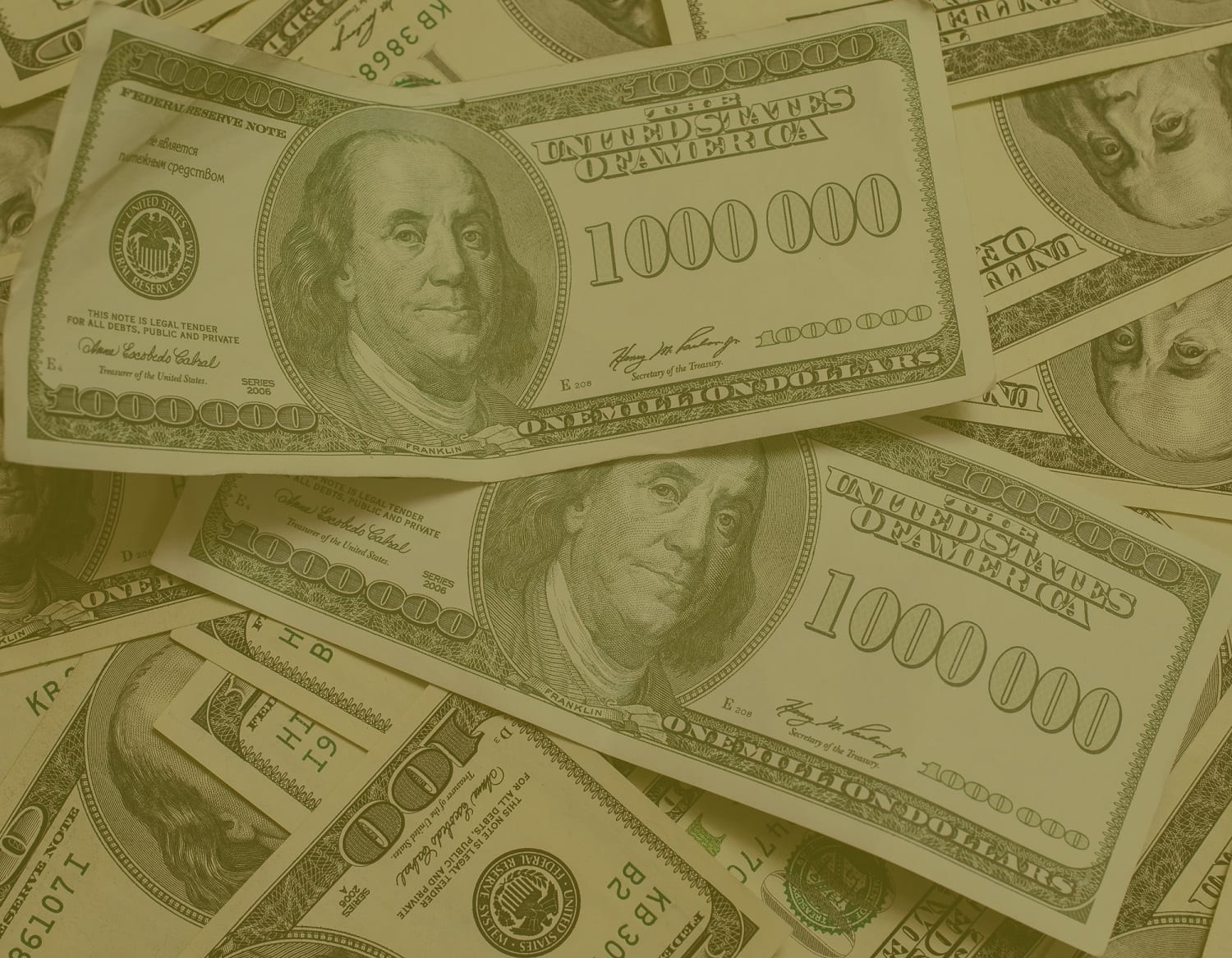 Do You Own These Great ‘Stocks for the Long Run’?

Economist Dr. Mark Skousen examines a group of stocks that have historically outperformed in the long run.