Nike and Other Brand Bubbles: Don’t Buy the Controversy 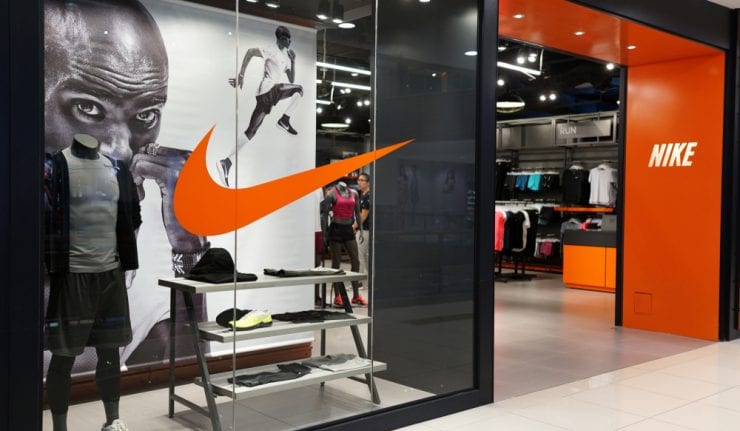 Wall Street is the most demanding audience companies like Nike (NYSE:NKE) will ever need to satisfy.

Investors generally aren’t interested in the sneakers. They want to participate in the cash flow those products create.

And when the executives decide to pander to the customers in ways that put that cash flow at risk, it makes us nervous. That is what happened when Nike rolled out divisive Colin Kaepernick ads clearly aimed at reinforcing the company’s hold on the most vocal segment of its target market, while risking alienation of the rest of us.

Consumer brands like this depend on sizzle to remain relevant. There isn’t a lot of “middle of the road” left in an increasingly polarized marketplace, which means forward-looking companies need to pick the side of a controversy where the majority of their sales originate. People vote with their wallets. Open enough wallets and you’ve got a boom on your hands.
But that instant hit has to turn into something sustainable, and that’s why, as an investor, I’m not thrilled with Nike. Despite a short-term 67 percent sales spike, the odds of the sizzle turning into a fizzle are simply too high for it to make my growth-driven GameChangers buy list.

After all, subscribers there have plenty of more interesting stocks with which to score championship-caliber gains. An aging giant that already was struggling to grow the top line 10 percent a year and just cut its addressable market by 15 percent in one calculated move isn’t worth the money.

Let’s do some quick math. 44 percent of the target 18- to 34-year-old crowd loves the campaign, while “only” 32 percent hates it. If you cross-reference the surveys, about half (17 percent) of the haters weren’t buying Nike gear in the first place, so the company didn’t have much to lose by alienating them.

(Full disclosure: my son is one of the marketing campaign’s haters.)

Right now, the 44 percent of the target demographic who loved the ad campaign are extremely motivated to buy Nike products. However, Nike just lost a substantial chunk of its market, as the 15 percent of customers who were turned off by the marketing and walked away from the company will be providing very little in the way of future revenue. That means the remaining members of the Nike Nation would need to step up their buying by almost 40% just to make up for lost customers.

Can Nike’s remaining members fill that gap? Possibly. The 67 percent short-term sales spike shows that fans of Nike’s new campaign are more than willing to fill the gap in the here and now.

Unfortunately, the fact that 15 percent of the population opted away from the company means that Nike will need to take heroic measures to regain their support. Those consumers effectively may be gone for life. Can everyone who still loves the company keep buying 40 percent more shoes and shorts forever? It’s practically the equivalent of asking Nike Nation to grow another foot.

I just don’t think it’s going to happen. Keeping the brand’s fans motivated at this level will require more expensive marketing campaigns that are just as shocking and ultimately as divisive. Maybe the company can do it. But sooner or later, shrinking the company’s addressable market will make it impossible to sustain the strategy, especially as my son and his friends fall into that critical 18- to-34-year-old category. The social justice warriors of today have already aged out of basketball.

When that happens, I don’t want my subscribers in Nike stock. Sure, it’s one of the top performers on the Dow Jones Industrial Average now, but we’re more likely to see boring old Visa (NYSE:V) or Microsoft (NASDAQ:MSFT) join my less risk-driven Value Authority investment list first. The problem with Nike is that it’s already big. It takes a bold market strategy just to keep a stock with a $130 billion market capitalization like this one moving. When that strategy falters, the giant stalls.
That’s where Nike was before the new ads rolled out. Back-to-school sales were stuck and even deteriorating across some key metrics. Management was struggling to keep the year-over-year revenue trend above the 8 percent investors can get from simply throwing a dart at the market and buying that stock.
No matter what my son says about the company, Nike isn’t a bad stock. But with so many investors making decisions based on Nike’s message instead of its fundamentals, it’s not a great stock right now. Like consumers, everyone on Wall Street has choices. The difference is that we buy with our heads, and the logic tells me Nike is not the place to be right now whether you love or hate Colin Kaepernick.
After all, management has forced remaining fans to run 40 percent harder just to keep the brand right where it is. Maybe they can indeed “just do it” and the stock will keep chasing records. But I’m looking elsewhere, toward companies that aren’t turning their businesses into social media bubbles.
You don’t need to look farther than Coca-Cola (NYSE:KO) to reap the upside of a controversy that broadens markets instead of shutting them down. Like Nike, this is a mature, inherently inertia-driven company that occasionally takes a strategic risk to remain relevant. This time, it’s cannabis cola.
Will going back to the company’s “secret ingredient” origins provoke a backlash? They’ll weigh the numbers and let the market decide. If it pays off, the addressable market gets even bigger. Either way, the old products remain untouched — Coke has learned not to mess with a successful formula.
And it’s not surprising that Coke has been one of the “dogs of the Dow” over the last year while Nike has led the pack. If you backed Nike last summer, congratulations! You’re deep in the money. But Coke is where I’d rather be.

Quadruple Witching – What is it?

Quadruple witching occurs four times a year and refers to the third Friday of March, June, September, and December. On these days, stock index futures, stock index options, stock futures, and stock options all expire simultaneously. This causes an increase in volume and volatility of the securities. The reason