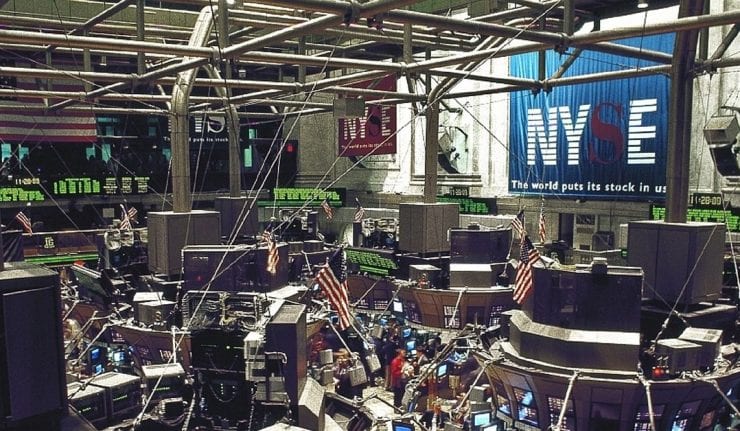 I’m convinced that the market can easily recover those last few points before the year is out. That’s the good news.

I’m not looking for a stock market crash on the immediate horizon as both the economy and corporate fundamentals are still too strong for that.

The problem is that I keep running the numbers and have come to the conclusion that I’ll be shocked if the market breaks a lot of records in the next 10 months.

Index fund investors might have a problem with that. After a bad 2018, they need to at least recoup the ground they lost in order to justify spending the time in the market at all.

Right now, index investors only have 4 percent to show for the last 14 months. That’s barely going to meet their retirement needs, much less build a lot of wealth.

Another 5 percent between now and Dec. 31 is effectively another year wasted. If I’m right, other than concentrating on the strongest stocks and steering clear of obvious weakness, they’re trapped in a low-return rut.

Double Down on What Works

Naturally my Inner Circle gets all the strong stocks on my screen. No matter what the sector or theme and no matter where the market focus rotates, those subscribers get plenty of high-conviction and high-impact ideas.

When early-stage biotech stocks and cannabis-driven buzz combine in an investment opportunity like GW Pharmaceuticals (NASDAQ:GWPH), we’ll grab it.

Otherwise, there’s no mandate forcing us to follow the broad market, especially if those stocks are going sideways or down.

There’s zero companies from the energy sector on my list, for example, even though oil giants like ExxonMobil Corp. (NYSE:XOM) collectively weigh in at 5 percent of the S&P 500.

In a year when I expect energy earnings to actively drop 11 percent, there are zero fundamental “tiger in that tank.” Any standing allocation to those stocks is statistically likely to be dead money.

Likewise, we’re going to stay underweight with regards to the consumer sector. I love these companies and the U.S. consumer economy remains strong. However, the stocks are a drag.

Amazon.com Inc. (NASDAQ:AMZN) is 25 percent of the sector and historically contributes the bulk of its upside. Until it recovers from its post-earnings stall, it’s unlikely to be a leader.

And without its leadership, overall earnings growth in the sector drops to zero. No growth means no glory.

Instead, I love banks. They’re cheap at 11X EPS (earnings per share), pay dividends even if their stocks go sideways and the financials as a group are set to expand their earnings close to 9 percent this year.

Playing the odds is especially important when there just isn’t a lot of irrational exuberance to go around.

I’m not predicting a stock market crash here. If you’re long on energy and Amazon right now, don’t dump everything. Just hold on for a stronger cycle.

But the math just doesn’t support a euphoric outcome to 2019.

Rewind to late 2017, right before the tax cuts effectively doubled corporate growth. Back then, stocks looked rich but remained sustainable at 18X earnings.

Doubling the growth rate put an extra $12 in profit into the S&P 500 last year. And that higher base means every percentage point of growth ahead will add extra dollars to the pool.

Even if growth slows as we expect, there’s going to be 27 percent more money supporting stock prices on Dec. 31 than there was in the last months of 2017.

In theory, that expanded earnings base can lift the market higher than ever. Unfortunately, 5 percent growth can only do so much, especially when investors are nervous.

Bracket all the fear factors like bond yields rising 1 percent from late 2017 levels and a revived VIX that’s found a floor around levels that acted as a ceiling two years ago. Forget the recession risk for now.

If investors wake up this year and decide they’re as hungry for stocks as they were when the tax cuts were only a rumor, the S&P 500 should rise to around 2,934, taking the Dow Jones Industrial Average within sight of 27,000 in the process.

That’s enough to take those big market benchmarks back to last year’s peaks, but a more sustained rally will require more aggressive investor sentiment, better earnings than I expect, or both.

I don’t know about you, but I’m not willing to bet on the mood. Last quarter showed us where that strategy goes.

And while Corporate America often under-promises and over-delivers on the quarterly bottom line, we might reap 3 percent in upside surprises this year unless I’m building miracles into my math.

That’s not going to take the Dow to 28,000 or give the S&P 500 more than an average year. Again, that’s not a stock market crash scenario or even a sell signal.

It’s a holding pattern while new corporate leadership steps up to replace faltering FANG stocks. This is where undiscovered investment opportunities like my GameChangers and the longer-term side of Turbo Trader come into their own.

We don’t need the broad market to soar to make money. If we cut the drag and focus on a few of those leaders of tomorrow, we can do extremely well.

I’m excited for 2019. Index fund investors might not be. That’s all right.

Save the Date: I’m speaking at TradersEXPO on March 12 and I want to invite you to reserve your free seatif you’re in the New York City area. Those of you who’ve attended any of my live sessions in the past know what it’s all about: the top trades on my radar, along with my up-to-the-minute thoughts on the macroeconomic environment and plenty of time for YOUR questions. I’d love to see you! Space is limited so now’s the time to reserve your spot.

P.S. To thank you for being a valued subscriber, I want to extend you an invitation to my Turbo Profits Summit, which will take place on Wednesday, March 13th at 2 p.m. EST. You’ll get an inside look at my never-before-seen trading system that has the potential to hand you up to $5,000 every 45 days! Believe me, this is one event you don’t want to miss. All you need to do is keep an eye out for an email from me with all the details. And as a double-thank you, you’ll also receive a FREE copy of Hilary Kramer’s Three Golden Rules for Getting Rich in 2019! Between this new special report and my Turbo Profits Summit, you’ll be off to an extremely profitable rest of the year and beyond! Click here now to accept this invitation to the Turbo Profits Summit.

Following strong holiday sales and better-than expected quarterly results, Best Buy Co., Inc. saw its share price surge more than 14% in a single trading session on February 27, 2019. This surge capped off a strong share price recovery that began in the last week of December 2018. To combat the expansion of online retail competition, Best Buy has been adjusting its business model to compensate. The company has been expanding and improving its own online retail offering, which grew revenues 9.