Patience Is No Virtue for the Fed 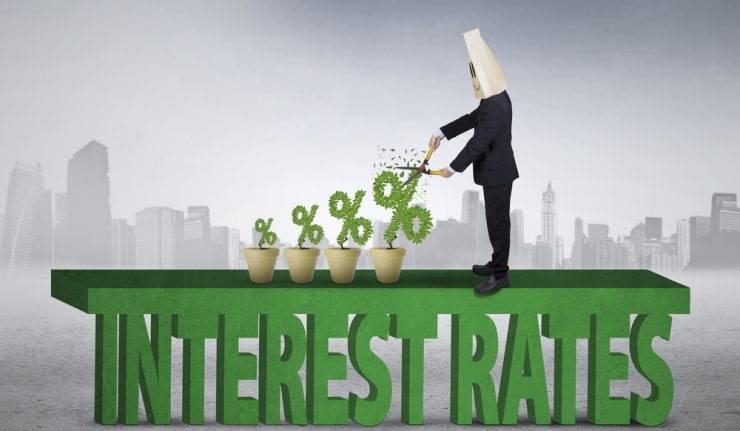 As kids, we were taught that “patience is a virtue.” For the most part, that’s true, as sometimes you must wait for the good things in life.

Yet when it comes to monetary policy, the Federal Reserve now just contradicted this childhood notion of virtue, as the central bank today removed “patient” from its interest rate lexicon. More specifically, in today’s Federal Open Market Committee (FOMC) statement, Fed Chairman Jerome Powell and his colleagues retracted its “patient” stance on interest rates and replaced it with “act as appropriate.”

Here’s the money quote from today’s dovish outlook from the FOMC:

“The Committee continues to view sustained expansion of economic activity, strong labor market conditions and inflation near the Committee’s symmetric two percent objective as the most likely outcomes, but uncertainties about this outlook have increased. In light of these uncertainties and muted inflation pressures, the Committee will closely monitor the implications of incoming information for the economic outlook and will act as appropriate to sustain the expansion, with a strong labor market and inflation near its symmetric two percent objective.”

So, the lesson for kids in this new era of Fed policy might be: “Acting appropriate is a virtue.”

Today, the Fed didn’t actually take much action, as the FOMC left interest rates unchanged at the current federal funds rate between 2.25% and 2.5%. The decision to do so, however, was not unanimous. While nine of 10 members of the rate-setting committee voted to maintain the federal funds rate at current levels, St. Louis Fed President James Bullard dissented, as he wanted to lower rates. Interestingly, this was the first dissenting vote on the FOMC since Powell took the reins at the FOMC in February 2018.

As for markets, basically we got what we expected. I say that, because since the beginning of the month, equities have soared on the growing notion that “patient” would be jettisoned in favor of the first rate cut in years. Yet the market didn’t expect a rate cut today. Rather, the market now is pricing in a 25-basis-point interest rate cut at the July FOMC meeting, and up to three additional rate cuts by the end of the year.

If we step back for a moment to about this time last year, today’s Fed talk seems like a serious flip-flop. Recall that last summer, the market was talking about the economy running too hot and inflation finally blossoming after many years of dormancy. Today, that’s basically an alternate universe.

“This summer, it’s all about trade war instability, potentially slowing job growth, uncertain consumer spending and slowing manufacturing data,” said Tom Essaye of the Sevens Report. “Today, rather than a too-hot economy and rising inflation, markets are expecting — indeed pricing in — one of the most poignant shifts in monetary policy in the last half decade. That shift is the expectation of a new interest-rate cutting cycle by the Federal Reserve,” Tom added.

Tom is hands-down my favorite macro analyst, and he’s usually spot on when it comes to understanding and explaining the wider context of markets. Both Tom and I suspect that we are on the precipice of a new rate cut cycle, one that will have profound implications for investors over the next year or so (depending on duration).

We’re not there yet, but as of this writing, the July Fed Funds Futures contracts are pricing in a 100% probability of a 25-basis-point rate cut at the next FOMC meeting. If that is the first move in a new rate cut cycle, then I will be rotating capital in many of my newsletter advisory services, Successful Investing and Intelligence Report, to take advantage of the sectors that will benefit most from rate cuts. Perhaps more importantly, I will be avoiding the market sectors that have underperformed during past rate cut cycles.

To find out just how I plan to help subscribers navigate this new Fed “impatience,” I invite you to check out my Successful Investing and Intelligence Report advisory services today.

It Almost Is Time to Get Buck Wild in Las Vegas!

The time to get intellectually wild is almost here. Yes, I am referring to this year’s FreedomFest conference, and this year’s theme: “The Wild West.”

This conference has been called, “The World’s Largest Gathering of Free Minds,” and for good reason, with more than 2,000 attendees and some 250 speakers and workshops.

I cordially invite you to join me, as well as some of the world’s most renowned and celebrated heroes of the liberty movement such as Penn Jillette, John Mackey, Congressman Justin Amash, Dr. Mark Skousen, Glenn Beck, Charles Murray and scores of others on July 17-20, at the Paris Resort, Las Vegas. Use the promo code EAGLE50 for a special discount offer of $50 off the “Full Conference Pass” price of $595 per person… So that’s $545 per person/$845 per couple.

Come find out how those of us who love liberty celebrate this virtue, and how we get buck wild in Las Vegas!