Investors Looking for Insurance Against Economic Downturn Should Consider the Franco-Nevada Corporation (NYSE:FNV) 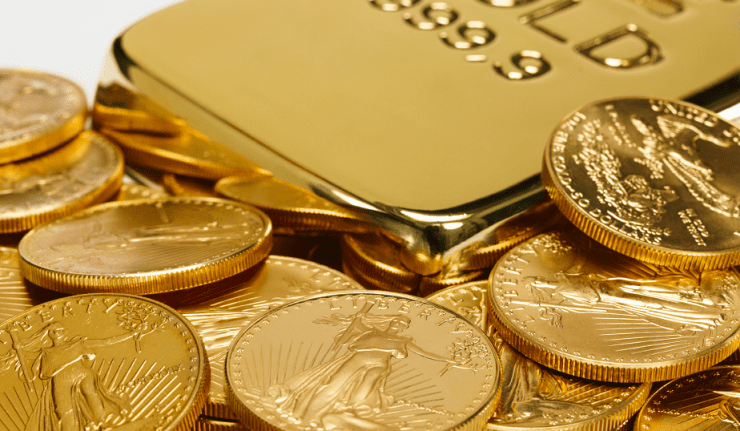 Investors concerned over a potential recession in the near future and looking to diversify their portfolio accordingly could consider the Franco-Nevada Corporation (NYSE:FNV) as a potential play to protect their current wealth.

Since its incorporation in late 2007, the Franco-Nevada Corporation has delivered consistent asset appreciation with relatively low volatility. Additionally, the company’s dividend income distributions have increased every year. Just over the last 12 months, the company delivered a total return of more than 60%.

Some economists are concerned that without resolution in sight, a continued trade war with China could bring about a potential recession. Therefore, investors who share those concerns are considering reallocating at least a portion of their portfolio into investments that are more likely to be recession resistant, such as utilities. Additionally, investors are considering investments that serve as safe havens during economic downturns, such as precious metals — especially gold.

Investors looking to invest in gold have multiple options. The most obvious and oldest option is investing in physical gold — gold coins and bullion bars. Physical gold ownership certainly is exciting and should be considered as the option for a minuscule portion of one’s portfolio. However, physical gold has many downsides regarding storage and security, as well as liquidity and ease of use in the current commerce dominated by electronic forms of payment and fund transfer.

The company’s current quarterly dividend of $0.25 payout marks a 4.2% increase over the $0.24 distribution from the same period one year ago. This new dividend distribution amount is equivalent to a $1.00 annual payout and a 1.03% forward dividend yield. The total annual dividend rose 22% over the past five years. However, the share price advanced 86% over the same period. Therefore, the current yield trails the 1.33% five-year yield average by more than 23%.

In addition to trailing its own five-year average the Franco-Nevada current yield is also nearly 60% lower than the 2.53% simple average yield of the entire Basic Materials sector. However, high dividend segments — like the Oil & Gas Pipelines, Oil & Gas Refining & Marketing or Agricultural Chemicals — drive the sector average higher.

Compared to its peers in the Gold industry segment, the current Franco-Nevada yield is nearly double the 0.54% segment average yield. Additionally, the Franco-Nevada 1.03% yield is also in line with the 1.04% yield average of the segment’s only dividend paying companies.

Since beginning dividend payouts in 2008, Franco-Nevada has enhanced its annual dividend amount more than four-fold. That level of advancement over the past decade corresponds to an average growth rate of nearly 14% each year.

The company’s share price declined nearly 28% during the year leading up to the start of the trailing 12-month period. However, after reversing direction at the beginning of September 2018, the share price delivered a steady uptrend.

On September 11, 2019, just three trading sessions into the trailing one-year period, the share price hit its 52-week low of 58.87. After bottoming out that early, the share price embarked on a steep uptrend, recovered all its losses from the prior year and reached its previous all-time high by late-June 2019. The share price continued its rise and — after setting more than a dozen new highs — broke the $100 level for the first time ever and reached its most recent all-time high of $100.94 on September 4, 2019.

Headquartered in Toronto and incorporated in 2007, the Franco-Nevada Corporation operates as a gold-focused royalty and stream company. In addition to its investments in gold, the Franco-Nevada Corporation also has investments in other precious metals, such as silver and platinum group metals. Additionally, the company invests in the energy sector through streaming and royalty agreements in oil, gas and natural gas liquids. As of August 2019, the company had investments in 372 total assets around the globe. Nearly 80% (291) of those assets were related to precious metals mining and production, with the remaining 81 assets generating revenue from the exploration and production of oil and gas.