How to profit from Fed rate cuts is a key question many investors likely are asking as they look to achieve that goal.

Investors may need to adjust their portfolio holdings to capitalize on new Federal Reserve rate reductions that are expected to occur as the U.S. central bank pursues its statutory mandate of maximum employment and price stability. The Fed lowered its target range for the federal funds rate by 0.25 percent to 2 to 2.25 percent in August 2019, but forecasters are expecting a second 0.25 percent rate cut on Sept. 18 and possibly another one later in 2019, which would mark the third decrease in 2019 and heighten the need for investors to know how to profit from Fed rate cuts.

How to Profit from Fed Rate Cuts: Asset Reallocation

The latest “cross currents” in the market create a challenge for investors to reallocate their assets to different sectors based on Fed monetary policy changes, said New York-based money manager Hilary Kramer, whose new 2-Day Trader service has turned a profit in 11 out of 12 trades for an average return of 12.1 percent.

“While the Fed lowering rates would seem to favor growth stocks and income vehicles such as utilities, these stocks have already enjoyed significant outperformance in 2019,” Kramer said. “However, these stocks have lagged since late August as renewed confidence in the economy and the hopes for a trade deal have led to value stocks coming back to life.”

The key for investors is to watch what the long end of the yield curve does if the Fed cuts rates, said Kramer, who also heads the Value Authority, GameChangers, Turbo Trader, High Octane Trader and Inner Circle advisory services. If the 10-year Treasury bond continues to rise and moves back above 2 percent, it would be a clear signal that confidence in the economy is growing and value stocks should do well, especially banks amid hope from investors of a widening yield curve, she added. 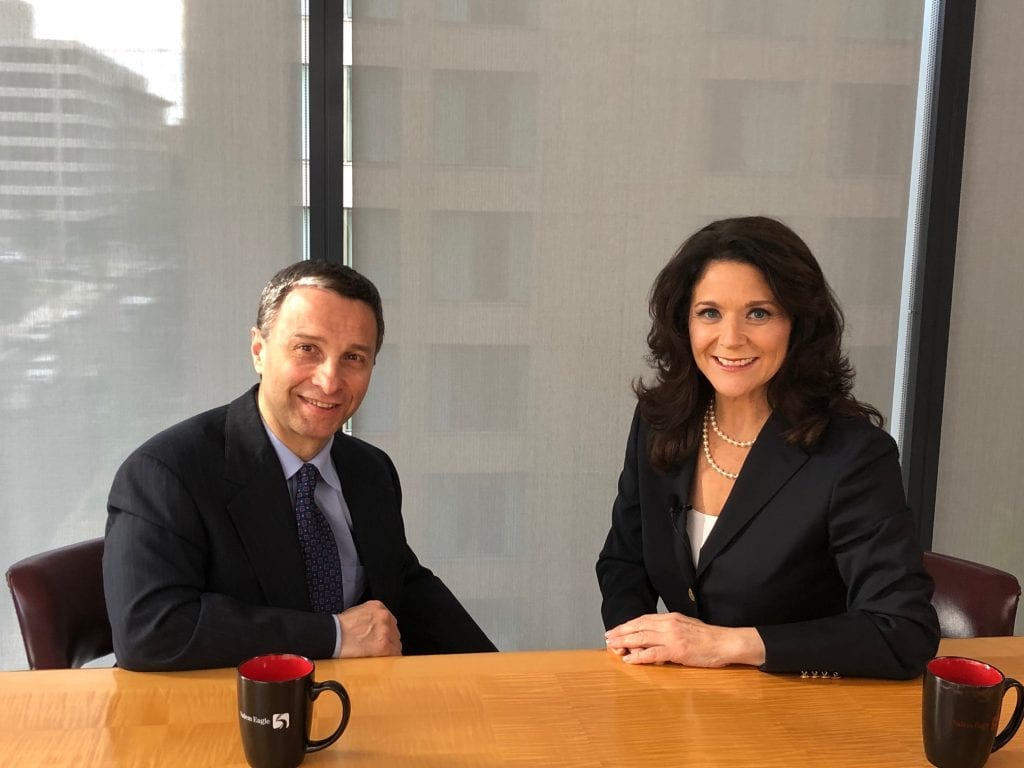 How to Profit from Fed Rate Cuts: Technology and Income Stocks

If the yield on the 10-year Treasury bond falls with short-term rates, growth stocks, such as those in the technology sector, and income-oriented shares once again could regain their leadership of the market, Kramer said. The challenge investors now face is making sense of the Fed’s abrupt turnaround to cut rates after raising them as recently as last December, she added.

“People and automated trading algorithms alike naturally associate falling interest rates with rising recession risk, so it would be nice for Chairman Powell to communicate very clearly and very forcefully whether that’s the motive here.”

In that scenario, investors should become defensive with their portfolio holdings to ride out the “storm” by pivoting into utilities, big pharmaceutical companies and real estate investment trusts (REITs), Kramer said. Energy equities also would gain investor interest if the oil market is on the Fed’s radar, she added.

How to Profit from Fed Rate Cuts: Energy Fund

Exclusive  What You Can Learn from the History of the Fed

Sector funds like the Energy Select Sector SPDR (NYSE:XLE) offer current yields of more than 3 percent now and eventually will benefit from a little relief from what had become a global supply glut, Kramer said. If the Fed’s new monetary policy easing is a sign that its previous tightening cycle went too far, it is good for dividend-paying investments, since lower Treasury yields in a more robust economic environment push investors out of bonds, she added. 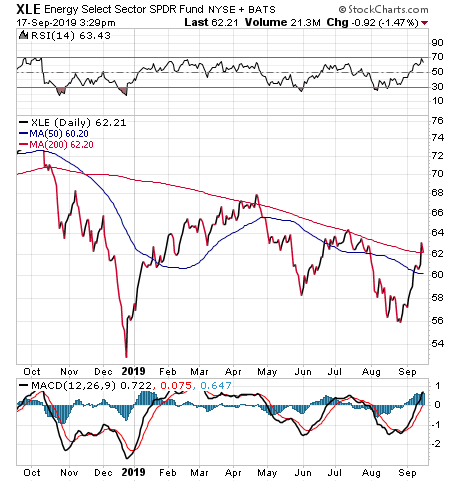 “At a minimum, you want to be able to keep up with inflation, which means 2 percent is the threshold for simply maintaining purchasing power in the long term,” Kramer said. “However, an economy strong enough to generate inflation internally also is strong enough to keep growth stocks moving and support the high-multiple names that came so far early this year and have crashed so hard lately. Either way, we’re sticking to our established strategy of capturing growth at the right price and locking in attractive yields. The best names in both categories are represented in my GameChangers and Value Authority services, respectively.”

Given stark differences of opinion about where to invest next, it’s “crucial to remain agile and alert,” Kramer said. She spoke of having “great success” squeezing incremental profit out of very short-term positions, especially in the options market, where her ultra-short-term 2-Day Trader has started strongly with more than 90 percent winners.

“The strategic orientation changes day by day, just like the market as a whole, but simply riding the swings has liberated quite a bit of cash in what’s otherwise a confused and crowded environment,” Kramer said. 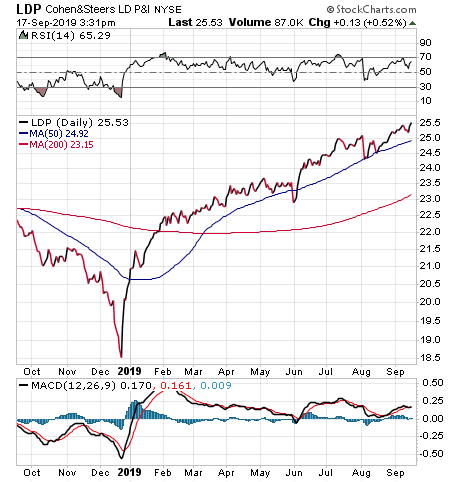 How to Profit from Fed Rate Cuts: Preferred Stocks

“With preferred securities, you earn a higher yield than available through treasury and investment-grade bonds,” Carlson said. “You earn close to the yield of high-yield bonds but are taking much lower risk. The preferred securities also should increase in value when interest rates decline.”

The best way to invest in preferred securities is through a closed-end fund that uses leverage, Carlson said. The leverage increases the yield and the return, he added.

“Most closed-end funds have only a 20 to 30 percent leverage ratio, so the leverage adds only a reasonable amount of risk,” Carlson said.

Cohen & Steers Limited Duration Preferred and Income Fund (NYSE:LDP) is Carlson’s recommendation to profit from reduced rates. The fund has a 30 percent leverage ratio, trades at a discount to net asset value of 1.97 percent, offers a distribution yield of 7.38 percent and has achieved a total return of more than 22 percent so far in 2019.

How to Profit from Fed Rate Cuts: REITs

“I like REITs because commercial real estate benefits from a low-interest, low-growth environment,” Carlson said. “The economic growth causes rents to increase and vacancy rates to decline. But the low growth stymies speculation that could lead to overbuilding.”

Investors can own roughly equal amounts of preferred securities and REITs through Cohen & Steers REIT & Preferred Income (NYSE:RNP), Carlson said. The fund has a yield of 6.31 percent and sells at a discount of 3.16 percent. So far this year, the total return of RNP is 38.72 percent. 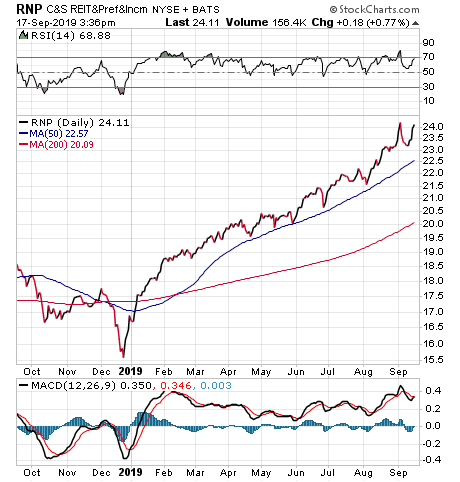 The recent rotation out of growth and dividend stocks and into deep cyclical and value stock has caused several top-shelf REITs to pull back, said Bryan Perry, who leads the Cash Machine, Premium Income, Hi-Tech Trader, Instant Income Trader and Quick Income Trader advisory services. With the Fed expected to cut rates, Perry is looking for investors to put money back into utilities, telecommunications, consumer staples and, in particular, the data center, cell tower and self-storage REITs that offer the best discounts from where they were trading at new highs in early September.

“These three sub-sectors are taking full advantage of the bullish secular trends in moving data to the cloud, the massive 5G rollout and relocation of a highly mobile and fully employed workforce,” Perry said.

How to Profit from Fed Rate Cuts: Follow the Fed

The months of September and October are historically volatile for the markets, but investors need to pay attention to the Fed’s actions and invest accordingly. The Fed announced on July 31 that the FOMC’s timing and size of future adjustments to the target range for the federal funds rate will assess realized and expected economic conditions to attain its maximum employment objective and its goal of 2 percent inflation. This assessment will factor in a wide range of information, including measures of labor market conditions, indicators of inflation pressures and inflation expectations, along with readings on financial and international developments.

Steve Moore, a Distinguished Visiting Fellow at the Heritage Foundation’s Institute for Economic Freedom and Opportunity, received consideration to be nominated to the Federal Reserve Board by President Trump before the former Wall Street Journal editorial writer withdrew after his candidacy drew controversy. In an interview with Moore at FreedomFest in Las Vegas during July, he told me the Fed ideally would become “transparent and open” with its policymaking to avoid the need for prognosticating.

“The idea that this is a secret chamber is wrong,” said Moore, who added the U.S. central bank should not operate beyond a “stone wall of silence.”

The Fed’s action affect money supply, interest rates and the economy, Moore said. His preference would be for the Fed to institute a “rules-based monetary policy,” in which decisions about changes to rates would be based on objective criteria.

A key goal of the Fed is to hold prices stable and a rules-based rate-setting regime would support such an objective, Moore told me. Inflation and deflation are “negative” for the economy, he added.

Without a rules-based process for the Fed to set rates, the drama of each FOMC meeting and its decisions will pose uncertainty for investors. However, the public comments from Fed leaders and forecasters, along with economic data and President Trump’s calls for cuts, are indicating rate reductions could be on the immediate horizon.

The American Tower Corporation complemented its streak of 29 consecutive quarterly dividend boosts with capital gains of more than 40% over the trailing 12 months.

In addition to the steadily rising dividend income and significant asset appreciation over the last 12 months, the American Tower Corporation also delivered to its shareholders stable share price growth for more than a decade. After losing more than half of its value in the aftermath of the 2008 finan 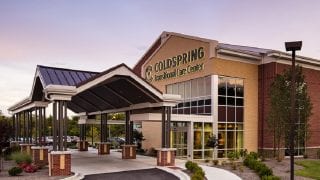 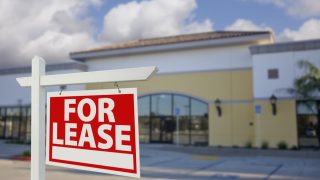 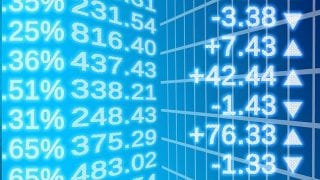