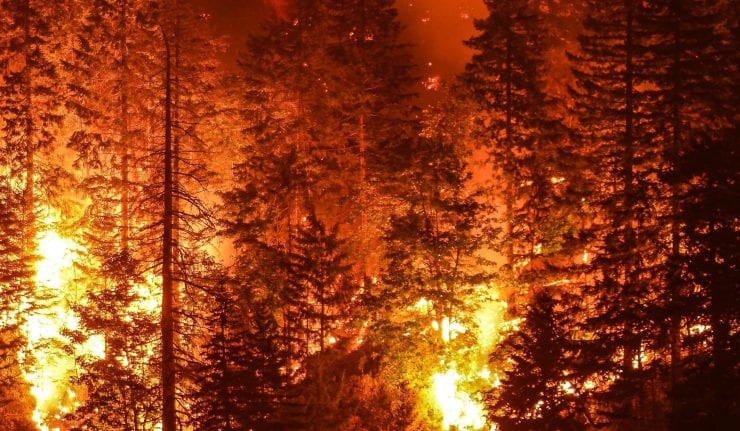 And if a house gets in my way, baby
You know I’ll burn it down…

My home state is in a stranglehold of flames.

That’s certainly the sense you get from living in California, where aggressive winds are whipping flames around across the state and doing massive damage along the way. Indeed, in a scene reminiscent of the book of Exodus and its pillar of fire, the inferno has caused thousands to evacuate their homes, including some of my former neighbors in Bel Air who were forced to flee the Getty fire.

The latest round of fires this season has come after last year’s disastrous fire season, which included the Woolsey fire, one of the most destructive blazes in the state’s history and one that caused devastating damage to property in and around the Malibu area.

As I write this, a new fire is breaking out in the Simi Valley just north of Los Angeles, and that fire is threatening one of the most exquisite places in Southern California, the Ronald Reagan Presidential Library.

Being a native of Southern California, getting my B.A. from the University of California, Los Angeles (UCLA) and living most of my adult life in the state, I am used to the seasonal fire danger we face. Yet over the past several years, the situation has gotten explosively worse.

So, why are the fires getting worse?

According to the scientists, the main answer is that California is just hotter and drier than it’s ever been.

The logical combination of hotter and drier weather with fast-moving winds is a prescription for fire danger. Hence, the state is literally burning down.

Yet what has inflamed many citizens here, including me, is the political climate in the state that has really failed to address this situation properly.

This political climate was fleshed out beautifully in an op-ed today in the Wall Street Journal by Holman Jenkins titled, “Revolutionary California.”

According to Jenkins, “The wildfire crisis is ultimately the product of state politics controlled by interest groups whose agenda has drifted out of any cognizable relationship with the daily well-being of the state’s average citizen.”

In support of his thesis, Jenkins offers up the following assessment:

“Because California accounts for less than 1% of global emissions, nothing it does will make a difference to climate, but its ratepayers shell out billions for wind and solar that might be better spent on fireproofing. A generation of ill-judged environmental activism has all but ended forest management in favor of letting dead trees and underbrush build up because it’s more ‘natural.’ At the same time, residents resist any natural or planned fires that would consume this tinder before it gives rise to conflagrations like those now menacing Los Angeles and San Francisco.”

I am not surprised that poor government policy is partially responsible for exacerbating the damage caused by the fires. Government nearly always makes things worse. Yet I am also aware that when you add hotter temperatures, drier vegetation and high winds into a biome, well, nature gives you fires — and nature really doesn’t care about government policies.

Still, if we want to ameliorate the destructive damage done by the increasingly devastating seasonal California fires, we must approach the situation with reason that is applied to reality. We certainly cannot ignore the reality of hotter temperatures and the pernicious effects that come with it on our environment.

Does this mean we have to take action to fight climate change? I don’t know, and I am no expert on that complex issue. Yet what I do know is that it is all too apparent, even to non-experts, that we need to better manage fire-prone areas and make sure we remove dry foliage and excess fire fuel. We also need to be more mindful of overbuilding homes and commercial property which lie in the most dangerous fire areas.

I think that a great way to start tackling this issue is to employ some rational political courage by the state’s citizenry by demanding smarter action. Even better, if that action can be undertaken by private enterprise and not impeded by government, it will likely have a more impactful outcome.

Finally, I want to send out all my well wishes to the thousands in the state who have been affected by the California wildfires. I also will be donating to an organization designed to assist those most affected by the fires. That organization is the California Community Foundation’s Wildfire Relief Fund, a group that supports intermediate and long-term recovery efforts, as well as preparedness efforts, for major California wildfires.

If you’re a Californian (or even if you’re not) and you want to help, a good place to start is the Wildfire Relief Fund.

Philosophy, Business and the Danger of Zero-Sum Thinking

Fans of Ayn Rand’s magnum opus “Atlas Shrugged” will know the character Hank Rearden. He’s the business executive who runs his company by the principles of reason and rational self-interest.

In the new episode of the Way of the Renaissance Man podcast, I speak with a man I consider to be a modern-day Hank Reardon: Jay Lapeyre.

Mr. Lapeyre is the president of Laitram, LLC, a diversified global manufacturer of plastic conveyor belting, shrimp processing equipment and space-saving stairs. In addition to running his company, Jay also is a member of the Tulane University Board of Administrators and he is also the Board Chair of The Atlas Society in Washington, D.C. 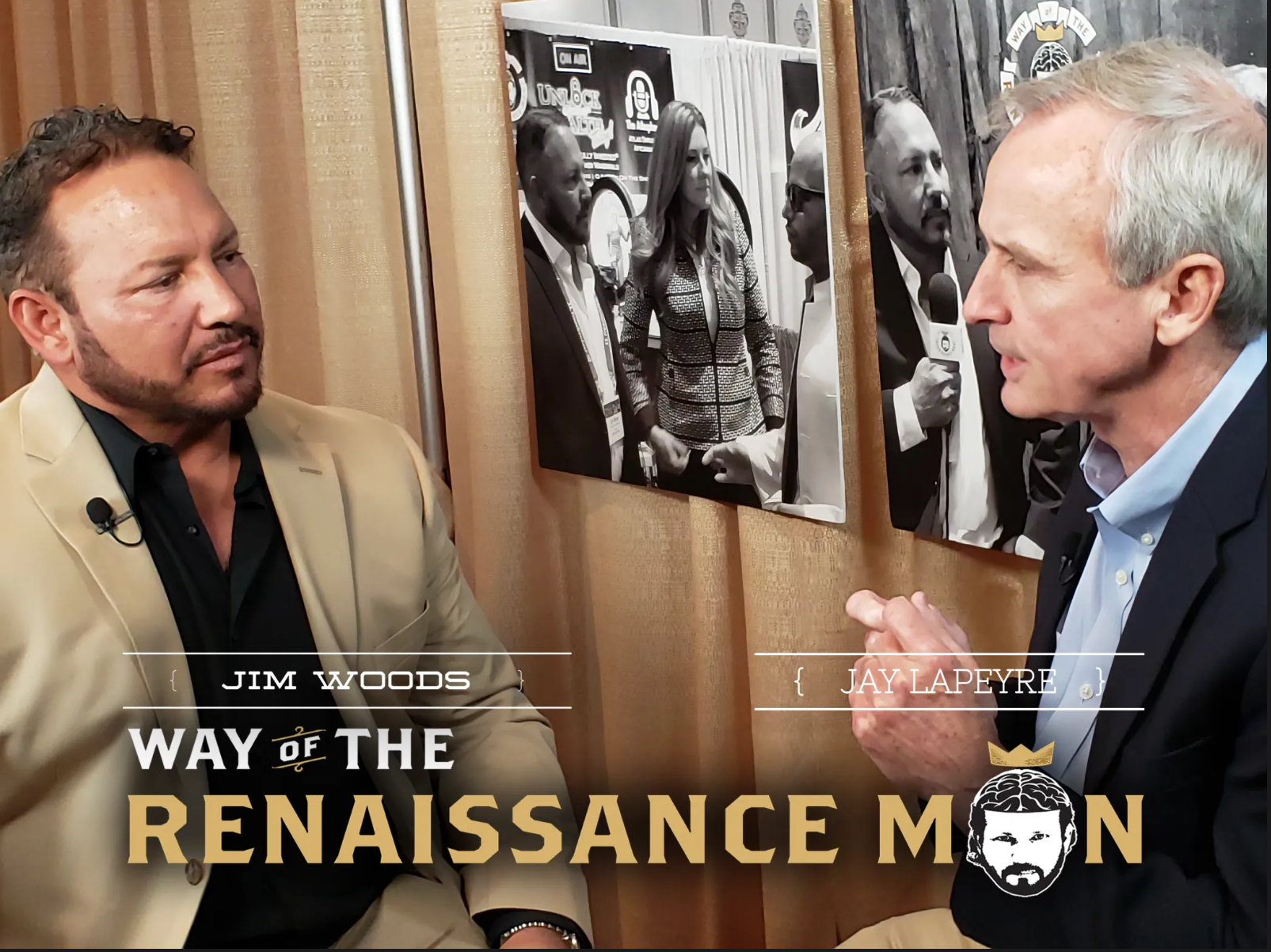 In this episode, you’ll learn about Jay’s intellectual awakening while playing college basketball at the University of Texas. You’ll also learn about his life-long journey of integrating philosophy with business, and how he sees the two as inextricably linked.

The discussion then goes on to Jay’s work with the Atlas Society and how he lends his passion to the organization by helping to promote and disseminate Ayn Rand’s revolutionary ideas. We also talk about current events, what Jay sees as the real damage that is being done by the current U.S.-China trade war and why the concept of zero-sum thinking is so destructive.

It was a true pleasure to be able to speak with the always-engaging Jay Lapeyre, and after listening to this episode, I know you’ll agree.

–John Craigie, “I Am California”

Despite her faults, my home state of California is perhaps the most beautiful place on earth. After all, why do you think so many people want to live here? In the above lyrics by singer/songwriter John Craigie from his modern folk classic “I Am California,” the artist reminds us of the compelling draw the state holds for anyone who has ever been here. “You’ll always want me” is indeed true, and those who have fled the state for different pastures will understand just what that line means (even if they don’t admit it).

previous article
This Millennial ETF May be Able to Beat the Market
next article
The Billionaire’s Paradox: What I Learned From the Forbes 400 Richest People in America