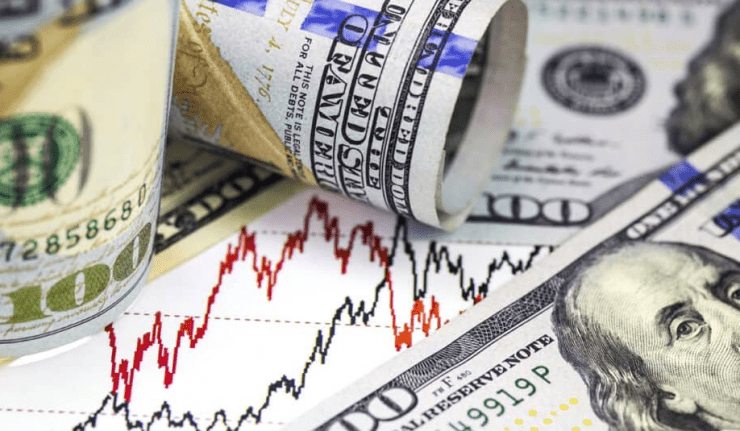 Not only did nearly two dozen large-cap stocks deliver total returns of more than 100% last year, some of those companies could ride the momentum to extend that steep uptrend into 2020.

Some of these companies complemented their asset appreciation with dividend distributions that doubled their shareholders’ investments in 2019. Investors and financial professionals have argued that dividend-paying stocks outperform over the long term and backtested data seems to confirm that notion, especially for companies with extended streaks of rising dividend payouts. However, nearly two thirds of the large-cap companies that delivered 100%-plus total returns last year — 14 out of 22 — did so without any dividend payouts. Additionally, every one of the top five large-cap stocks, as sorted by their one-year total return below, pays no dividend distributions and relies solely on their capital gains to double their shareholders’ money.

More than 270 companies delivered total returns in excess of 100% in 2019. However, most of those are companies with small market capitalizations. These stocks should not be overlooked on the account of their size. Some of these companies are good investment prospects and few will certainly grow to become market leaders. However, that is another discussion. Instead, this article will focus on large-cap stocks that had extraordinary gains in 2019. These companies only make up 8% of the total number of companies with 100%-plus gains last year.

However, while delivering outstanding returns over a one-year period, only one of the five companies has been trading publicly for more than five years. Two of the companies only became publicly traded in 2017. These two companies had operated as private business entities for eight and 11 years respectively prior to their initial public offering (IPO). This means that, due to the limited availability of public financial data from these companies, investors must conduct their own detailed analysis and due diligence before making any investment decisions.

Very few people will be surprised to find out that all five of these large-cap stocks that delivered extraordinary asset appreciation in 2019 are technology stocks. Therefore, in addition to relying on organic growth and market share expansion to support their share price advancement, some of these companies might become acquisition targets. A potential acquisition would surely drive share prices higher in patterns that are comparable to similar technology company acquisitions in the past. Companies whose shares have risen after an acquisition include LinkedIn, YouTube and Instagram.

In ascending order by their respective one-year total return, here are the five highest appreciating stocks from last year that might continue riding their current uptrend deeper into the new year.

Headquartered in Santa Clara, California and founded in 1969, the semiconductor giant Advanced Micro Devices, Inc. is the senior representative among the companies on this list. The company designs and manufactures microprocessors, chipsets and graphics processing units, as well as server and embedded processor technologies for game consoles. The company operates 39 offices, research & development, manufacturing and distribution facilities in 23 countries around the world.

Since losing more than 95% of its value in the aftermath of the 2008 financial crisis, AMD’s stock has advanced more than 29-fold and has also broke above the previous all-time high of $46 that it had achieved in 2000 during the dot-com bubble. Despite some volatility, the share price added a 140% one-year gain in 2019 at the tail end of that 10-year streak. Furthermore, the share price has kicked off 2020 by closing at the end of the first day of trading with a new all-time high of $49.10.

Headquartered in San Mateo, California and founded in 2006, Coupa Software, Inc. provides a cloud-based management platform for business spending. The platform connects a business with its suppliers and vendors to provide better visibility and control of the company’s spending in order to drive profitability. Coupa’s platform has multiple modules to manage the entire process, including procurement, invoicing and expense management.

While the company is still not profitable, the most recent financial report for the third quarter of 2019 indicated movement in the right direction. Revenues were 50% higher year-over-year and 46% for the first nine months of the year. Net loss was 30% better than in the same quarter of the previous year and 25% better on a year-to-date basis. The adjusted net loss per diluted share of four cents was 67% lower than the 12 cents loss one year earlier. The net loss for the first nine months was also 55% better than the 2018 figures.

After losing more than 80% of its value since its February 2017 IPO, Snap’s share price bottomed out at its all-time low of $5.64 in mid-December 2018. However, after reversing direction entering into 2019, the share price advanced nearly 175% by the year’s end. This growth includes a pullback of more than 25% in the third quarter of 2019. However, the share price already gained 27% after embarking on its current uptrend and has recovered more than three-quarters of those losses.

Based in Ottawa, Canada and founded in 2004, Shopify Inc. provides a cloud-based multi-channel commerce platform for small and medium-sized businesses. While the United States, the United Kingdom, Canada, Australia are the largest markets, Shopify supported more than one million businesses in more than 175 countries as of December 2019. In addition to small and medium-sized businesses that represent the majority of the company’s customer base, large companies and some well-known brands, such as Allbirds, Gymshark, PepsiCo and Staples, also use Shopify’s network to reach new customers.

Despite a pullback in the fourth quarter of 2018, the share price still managed to advance 184% during the two years between the beginning of 2017 and the end of 2018. However, if that feat was not impressive enough, the stock increased its growth rate and added 188% in share price appreciation just during 2019. This gain includes a pullback of nearly 30% in the fourth quarter of 2019. However, the share price recovered all those losses by the end of the first trading session of 2020 of Jan. 2. Furthermore, as of 2 p.m. on January 6, 2020, the share price has been trading above $413.00, which is 1.7% higher than the previous all-time from late Aug. 2019.

After trading publicly for more than a year, Roku’s share price was back to just slightly above the company’s IPO price from late 2017. However, since pulling back during the overall market correction in late 2018, Roku’s share price has increased more than five-fold. This includes a gain of nearly 300% just after the beginning of 2019.

Strong subscriber base growth and outstanding financial results has driven the share price growth. Just in the third quarter of 2019, the company reported a 36% year-over-year increase in the number of active subscribers, as well as 50% year-over-year increases in net revenues and gross profits. The share price has already increased by nearly 5% in 2020, including a significant spike in early allow on Jan. 6, which was driven by the announcement of the new “Roku TV™ Ready” program. This will allow companies to seamlessly integrate Roku’s services into their consumer electronics products.

Based on the first week of trading and the early outlook for the company’s future, Roku looks like a strong contender to be among the five highest appreciating large-cap stocks in 2020 again.