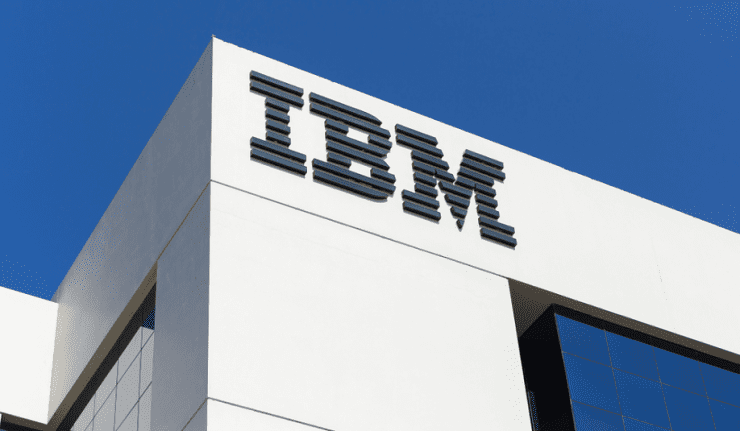 After losing its focus, competitive advantage and market share, the International Business Machines Corporation (NYSE:IBM) is betting on a new CEO and a new focus on cloud computing in an attempt to recapture at least some of its lost glory and reestablish itself as a market leader.

Despite relatively decent financial results and long streaks of rising dividend distributions, IBM has performed poorly by its own standard, as well as in comparison to its market peers, during the eight-year tenure of the outgoing CEO, Ginni Rometty. Since 2012, when Rometty took the company’s reins, IBM’s share price declined by nearly 25%. While not necessarily indicative of poor performance on its own, that performance pales when juxtaposed against the background of the longest bull market in history. Over the same time frame, IBM’s industry peers and competitors delivered tremendous growth.

Of the 17 technology stocks whose market capitalization exceeds $100 billion, only IBM was down over the eight-year period that started in 2012. Excluding IBM, even the worst performance of the group over the same period was the 64% asset appreciation that was delivered by Qualcomm (NASDAQ:QCOM). While even the second worst performer of group outperformed IBM by a significant margin, Netflix (NASDAQ:NFLX), the top performer of the group, delivered capital gains of nearly 3,500% to its shareholders over the same eight-year period.

With decades of strong earnings, “Big Blue” was the model of what blue chip stocks were supposed to be. However, after failing to innovate and adjust to new market trends in order to fend off competition, IBM’s share price never resumed its growth after the 2000 dot-com crisis and traded mostly sideways with increased volatility for nearly a decade after that.

In addition to missing some new technology trends during this period, the company also decided that the computer hardware business was a thing of the past and divested completely from its personal computer business, despite the fact it had provided a strong cash flow in the past. After purchasing the personal computer business from IBM, Lenovo Group Limited (0992.HK) developed those products and became the world’s largest personal computer vendor by unit sales. It has remained a market leader since 2013.

Meanwhile, IBM shifted its focus and resources towards cloud storage, artificial intelligence (AI) and data analytics. While these new segments certainly have a bright future, IBM’s competitors have been more successful in leveraging their expertise and resources into attaining market-leadership status. Despite working in a rapidly expanding market segment, IBM will have to take a greater piece of the market share from the current market leaders — Alphabet, Inc. (NASDAQ:GOOG), Amazon, Inc. (NASDAQ:AMZN) and the Microsoft Corporation (NASDAQ:MSFT) — if it wants to become a cloud computing leader.

IBM’s first salvo across its competitors respective bows is the so-called hybrid multi-cloud strategy, which was developed under the leadership of the company’s newly appointed CEO Arvind Krishna when he was the head of IBM’s cloud computing division.

The idea of connecting its’ clients’ important data by shifting it from private servers to public cloud servers that are run by IBM and IBM’s competitors certainly holds promise. However, IBM must strike while the iron is hot and execute the strategy flawlessly as its competitors are not resting on their laurels. Instead, they are working on their own private-public cloud integration solutions.

While its share price faltered, IBM has continued to offer relatively positive financial results and has delivered on its quarterly earnings promises, including beating analysts’ earnings estimates in all four of the last four quarters.

The company released its fourth-quarter and full-year 2019 earnings results on January 21, 2020 and revealed that it had outperformed both top- and bottom-line Wall Street estimates. The $21.8 revenues for the quarter were marginally higher than during the same period last year. However, the $4.71 adjusted earnings per share (EPS) beat analysts’ expectations of $4.68 by 0.6%.

IBM generated $6.7 billion net cash from operating activities over the course of the previous quarter, which made up almost half of the company’s total net cash of $14.7 billion for full-year 2019. The company distributed $1.4 billion of its quarterly net cash to shareholders in the form of dividends and share repurchases. However, for the full year, IBM returned nearly half of its cash, $7.1 billion, through share repurchases and dividend income payouts.

After a brief surge, the share price experienced some volatility and gave back all those gains by the end of the year. However, since the beginning of the new year, IBM’s share price has risen by more than 7.2%. This growth is more than twice the growth rate of the company’s peers in the Computer and Technology segment, which advanced less than 3% in the early part of 2020.

In addition to better than average asset appreciation, IBM has also rewarded its shareholders with a dividend income that currently yields 4.5% and produced a combined total return of 11.75% over the trailing 12-month period. Investors who are interested in receiving the $1.62 dividend per share on the March 10, 2020 pay date, must claim stock ownership before the Feb. 7, ex-dividend date later this week.