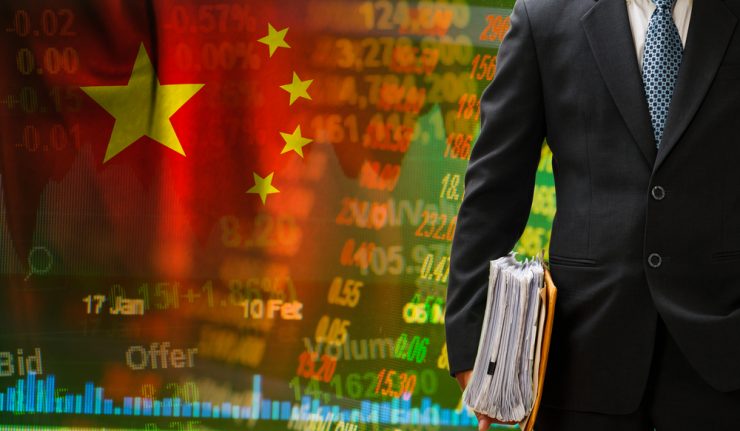 China is back in the doghouse with the White House, and tensions are only going to rise following Friday’s press conference by President Trump addressing the withdrawal of the United States from the World Health Organization (WHO).

After many requests by the United States seeking for the pro-China agenda within the WHO to be reformed, it was decided to part ways. The United States has been contributing roughly $450 million per year to the WHO, while China has contributed an average of only $40 million.

But evidence continues to surface that the WHO not only protected China in the disclosure of COVID-19 to the United States and other nations in the early part of the epidemic but also has been doing China’s bidding around the globe. On Jan. 22, at a meeting to decide the measures that had to be taken, the WHO was not able to warn the world of the severity of COVID-19, apparently because of resistance from Beijing. The WHO referred to it as “divergent views”.

The U.S.-China trade war, now about to move into its third year, followed decades of China brazenly stealing intellectual property, forcing the transfer of technology, hacking into computer systems, dumping cheap goods on U.S. markets to put American companies out of business, subsidizing state-owned businesses to keep U.S. companies out of Chinese markets, rampantly importing fentanyl and manipulating its currency.

Is the profit motive of U.S. multinational companies seeking access to China’s vast markets responsible for tolerating a good portion of the “seven deadly sins” of China? Absolutely. The knife cuts both ways. If American companies aren’t motivated on a moral basis to move production out of China and back to the United States or other nations, then America has to own this problem and put pressure on all parties.

Accusations that China committed an act of biological warfare on the U.S. and western economies are at the heart of the global spread of the coronavirus. The most glaring evidence is that while China imposed domestic travel restrictions in and out of Wuhan when the city was quarantined, China allowed travel from Wuhan to other cities around the world.

There is new evidence to show that China locked down all domestic traffic internally by the end of January 2020 but pushed to open foreign travel until the end of March. Data from the TomTom traffic index, a traffic location site that covers 416 cities across 57 countries, show that as a result of this strategy, China, intentionally or otherwise, was able to lock down its cities unbeknownst to the world. While this reduced the spread of the coronavirus within China, China’s aggressive foreign travel policy led to a virus explosion worldwide. (source: “Economic Times” — April 30, 2020).

COVID-19 has produced a couple of outcomes that have benefited China. The pandemic brought to a halt the economic momentum that the United States was gaining rapidly on China because of the trade war. I think this is a rather obvious objective of the Chinese Communist Party (CCP). The other outcome is it slowed the exodus of companies leaving China because of the implications of the trade war.

Analysts at Morgan Stanley suggest businesses are unlikely to take the opportunity to tilt parts of their manufacturing operations away from China, at least for now. They said cash-starved companies from the global shutdown currently lack the funds to invest in new operations and tinker with existing supply chains. At the same time, Chinese assembly lines have been swift to bounce back, even as other economies remain in lockdown.

In an April 30, 2020 note, Katy Huberty, the head of equity research for North America Technology Hardware at Morgan Stanley, said, “Technology vendors are encouraged by the pace at which China’s production has ramped up post the COVID-19 shock, and this has reinforced their belief in locating the production of their high-volume products in China. This provides reassurance that China will remain a large base for manufacturing in these products.”

The latest wave of evil to emerge from Beijing is the emergence of China’s national security law for Hong Kong. It should never have come to this, but for historians who study China, it was just a matter of when, but not if, this political trajectory would find Hong Kong losing its dual-status.

U.S. Secretary of State Mike Pompeo claimed the National People’s Congress (NPC’s) decision means Hong Kong is no longer politically autonomous from mainland China. The United States could now revoke the special status it accords Hong Kong, which gives it favorable trading terms. This, married with further U.S. sanctions, is a threat to China’s economy. Worse still, it would be fatal to Hong Kong’s standing as one of the world’s major financial centers. (source: theconversation.com May 29, 2020)

So, as Americans and other citizens of free nations around the world, when is enough… enough when it comes to China’s actions? In my view, only when the money leaves China and Hong Kong in an outgoing tsunami-size tide will China be forced to buckle. Because only then will the threat of economic collapse apply enough pressure to invoke change, or even better yet, stoke civil upheaval to overturn the CCP.

Beijing is already acting on this threat. As of November 2016, China’s State Administration of Foreign Exchange (SAFE) has informed 20 foreign and domestic banks of a new “window guidance” on outbound transfers. Under the new rule, SAFE approval will be required for all outbound remittances exceeding $5 million, down from a previous limit of $50 million. This measure will affect foreign companies trying to:

I suspect we will see a number of stories crossing the tape in the coming weeks about how the capital flight out of Hong Kong into U.S. markets will be akin to a firehose of cash getting the hell out of Dodge before the law goes into effect in August. As such, U.S. bond and equity markets will be on the receiving end of even more liquidity to keep the rally in both debt and equity markets alive and well.

I hope in our lifetimes, we’ll see an end to communist rule in China, but until then, the near-term stakes for Hong Kong, and probably Taiwan, to maintain their autonomy. The question is how long do America and the rest of the free world keep allowing China to poke us all in the eye with a sharp stick?