Are Individual Investors Too Small To Win? (CNBC)

Many individual investors have missed the recent rally completely because of the whole “Too Big to Fail” idea, James Bianco, president of Bianco Research, told CNBC Europe’s “Squawk Box” television program. Blanco said that small investors been afraid to jump into the market with both feet because, if conditions tank, investors don’t have the same “Too Big to Fail” power behind them as giant banks to cover significant losses. To support his view, Bianco said that since the 2008 global financial crisis, $416 billion has flowed out of equity mutual funds, compared to an inflow of just $59 billion.

If you’re an investor in what Dr. Mark Skousen, the editor of Forecasts & Strategies, calls the “Vice Portfolio,” then you want to keep your eyes focused on Europe, despite the region’s ongoing debt crisis. At least that’s the opinion of the World Health Organization (WHO) — a group not really known for investment advice. However, WHO just announced that Europeans are the biggest smokers and drinkers in the world — Skol! The WHO found that 27 percent of people older than 15 years old smoke in Europe, while they also consume 10.6 liters of alcohol a year — both lead the world by quite a bit. Investors looking for specific entry points should consider Armenia, Belarus, Ukraine, Moldova and Turkey where half of the men smoke, and Luxemburg, Estonia and Moldova for the biggest drinkers. Who would have expected Moldova to be among the world leaders in key categories?

Samsung Electrics has taken dead aim at the iPhone market. Tomorrow, the Korean electronics giant will debut its S4 phone just a couple of blocks from Apple’s flagship retail outlet in New York’s Times Square. Samsung is placing its faith in an advertising-blitz, cutting-edge phone features, and a greatly improved camera with eye-tracking features. The world’s second-ranked smartphone company wants to show it can climb to Apple’s lofty perch in terms of innovation. Now, it’s just up to the American consumer to make that true. 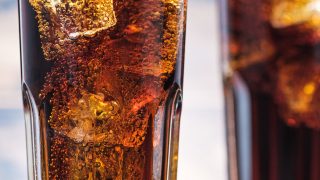