Investors in major publishing companies, like HarperCollins Publishers, Penguin Random House or Simon & Schuster Inc., may have reason for concern over Wednesday’s court ruling against Apple. In an effort to prevent Apple from conspiring to raise e-book prices, a U.S. district court banned Apple from entering contracts that the U.S. Justice Department believes would restrict Apple from competing on price. Since this ruling requires that Apple end existing contracts with five major publishers, the companies are now appealing the decision. “Despite achieving their stated goal of returning price competition, plaintiffs now seek to improperly impose additional, unwarranted restrictions on the settling defendants, thereby depriving each publisher of the benefit of its bargain with plaintiffs,” the publishers wrote.

Although U.S. diesel is already being produced at its highest level in six years, foreign demand has encouraged U.S. refineries to expand their production capacity. “All these companies are expanding their export terminals — Valero, Shell, Marathon Petroleum, all of them,” said Fadel Gheit, senior energy analyst at Oppenheimer. “Any companies with refining assets on the Gulf Coast are expanding their export terminals.” This presents a great opportunity for investors as diesel is already the product of choice for export. With increasingly large margins for diesel sales, and growing demand, U.S. refineries are setting themselves up for massive profits.

During the past week, a large number of news stories have been devoted to allegations of fraud or convictions of employees at major U.S. financial institutions like Goldman Sachs, JP Morgan and Bank of America. The fines these institutions have been subjected to have grown at an alarming rate, from $13.9 billion in 2011 to $29.3 billion in 2012. Most of the cost of these fines has been passed on to the shareholders, a trend that should continue to affect future investors. Former Federal Reserve chair Paul Volcker weighed in on the incredibly slow implementation of financial reform. “The present overlaps and loopholes in Dodd-Frank and other regulations provide a wonderful obstacle course that plays into the hands of lobbyists resisting change,” he wrote. “The end result is to undercut the market need for clarity and the broader interest of citizens and taxpayers.” 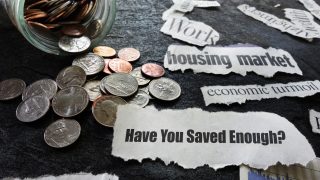