The March quarter was filled with all sorts of things — from harsh winter weather to political items, and even the 2014 Winter Olympics — as well as weaker-than-expected guidance from a number of companies. All of that weighed on the stock market during the quarter, with most of the major indices in the red in late January.

The market rebounded in February and March, but during the last few weeks, most of those market gains have been erased. As we closed the books on the March quarter and opened them for the June one, the tale of the tape is not in the Dow Jones Industrial Average, nor the S&P 500, but in the Nasdaq Composite Index. Even there, however, the index is down only 1.49% in 2014, but there are far steeper declines in many of the all-too-recent need-to-own stocks that powered strong returns in 2013. Examples of those recent high fliers include online e-tailer Amazon.com (AMZN), social media giant Facebook (FB), light emitting diode chip and lamp company Cree (CREE), e-health companies such as Cerner (CERN) and cybersecurity companies like Imperva (IMPV).

One of the dangers that individual investors face is being caught, if not trapped, in the headlines, and that often leads to paralysis.

That’s why I use the thematic approach to investing — it puts the puzzle pieces together in a cohesive way and helps me craft an investable signal instead off a wash of noise. That same signal not only identifies winning candidates, but it also helps sidestep the shares of companies that are being left behind. After all, picking one winning stock is great, but if you also pick up a poor investment along the way, it’s going to dilute your returns.

Despite the headlines that can fan the flames of emotion and result in sloppy selling, we have to let the data talk to us. I know it can be tough when the talking heads are spouting off about how bad it is, but remember their job is to grab your attention, not to help make you money. But looking at the data, as the impact of the harsh winter weather recedes, we are already seeing evidence that its effect was a temporary one. Snapshots from both Markit Economics and the Institute for Supply Management (ISM) on the domestic manufacturing economy in March and April painted an improved picture compared to those for February and January. Similarly, March and April auto and truck sales climbed compared to February, and I’d remind you those sales were better in February than January. I expect we will see the housing market rebound as well in the April data, then strengthen further in the coming months.

One of the tasks I do for the Thematic Growth Portfolio and for subscribers to PowerTrend Profits is to ask a bunch of questions more or less like these: What’s the driving force behind the company’s business? Has there been a meaningful change in that growth trajectory? Is the driver still intact, and will it be intact over the coming year-plus? Given that, what are the odds the shares will be higher 12 months from now?

What are some of those areas?

Mobility. There is the one-two punch of continued adoption of smartphones around the globe. Did you see Apple’s (AAPL) March quarter iPhone results? Have you noticed the continued shift from desktop devices to smartphones and tablets? Be sure to check Facebook’s (FB) user details. In addition to those two markets, there are several new drivers — wearables, connected car, connected home, mobile health and others — coming on-stream that offer additional opportunity for mobile chip companies. PowerTrend Profits subscribers are already positioned to profit as these new markets come on-stream.

Another area is cybersecurity. There is no prospect for a slowdown in cyber threats this year; in fact, all other data points to 2014 having more cyber attacks than last year. Yet, we’re seeing the shares of several cybersecurity companies pull back. I already mentioned Imperva above, but you can find out which cybersecurity company I’m recommending to PowerTrend Profits subscribers.

Getting back to those questions… If the answers confirm the underlying growth story is on track, the risk/reward in the valuation is more than favorable. If you’re not already overweight in the shares, then it can be time to scale into that position, building your exposure while you improve your overall cost basis in the process. It is a strategy that I and many other money managers use when looking to deliver the solid returns for our investors.

Jeff Zwelling of Convertro and Measuring the Effectiveness of Multi-Media Advertising
It used to be that advertising was in the newspaper, on the radio and, of course, on television. These days, even though TV remains the Mack daddy of advertising, instead of ads appearing on radio, in magazines and in newspapers, we’re finding them on the screens of your smartphone and tablet.

All sorts of companies are vying to get ahold of your eyeballs — car companies, financial companies, credit card companies, food companies… you name it. That has led Google, Facebook, Twitter, Apple and companies like Millennial Media and The Rubicon Project, among others, to build businesses around helping companies reach consumers.

But is it working? That’s the big question — are these companies seeing a return on their advertising investment or not?

Joining me on PowerTalk to discuss this and more is Jeff Zwelling, CEO and co-founder of Convertro, a company that includes Intuit, Comcast, Digitas and many, many others as customers. PowerTalks are always insightful, and Jeff does a great job of cutting to the heart of things — but what caught my ear was which company’s platform is doing huge business for direct marketing companies.

Listen to my one-on-one conversation with
Jeff Zwelling, CEO of Convertro

In case you missed it, I encourage you to read my PowerTrend Brief from last week about how the rise and fall of the middle class will impact your spending. I also invite you to comment in the space provided below. 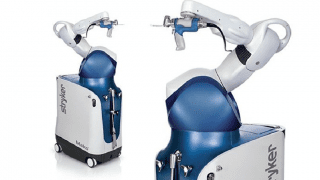