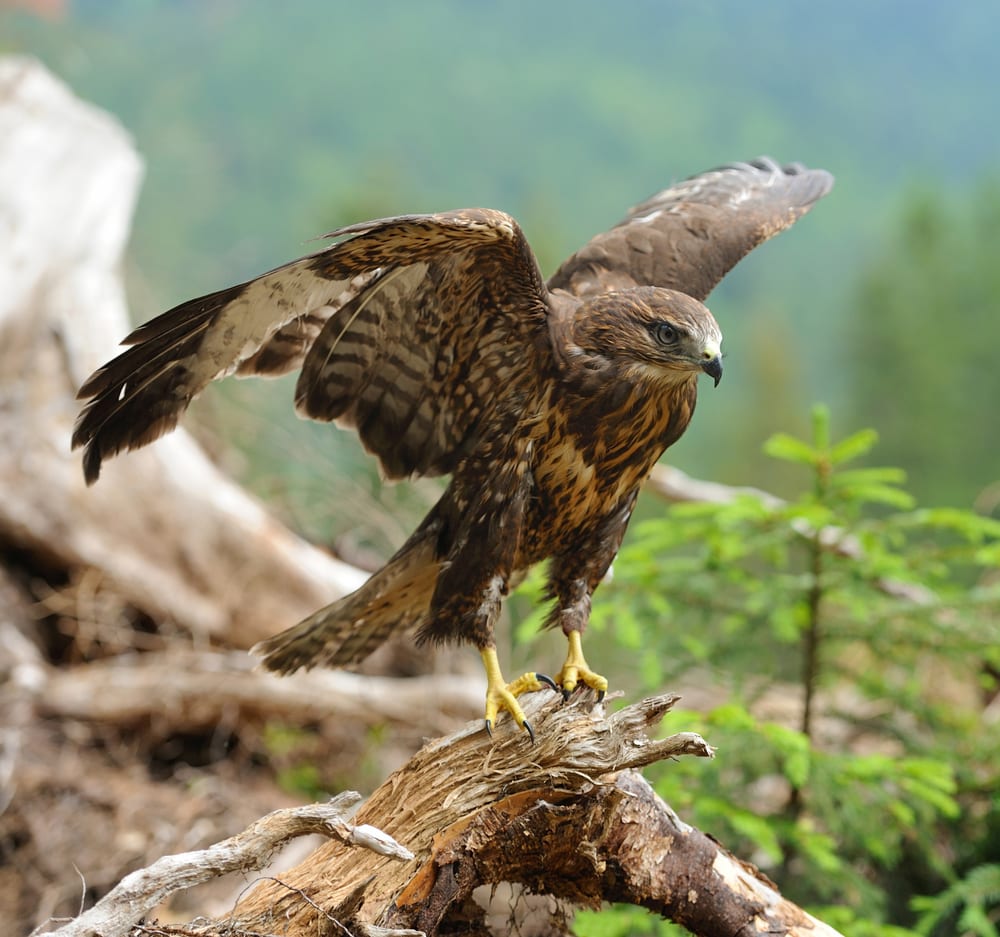 The ink was still wet on the March 16 post-Federal Open Market Committee (FOMC) policy notes when the U.S. central bank held the line on interest rates while substantially scaling back its expectations for further moves ahead. At the December FOMC meeting, the Fed had projected four rate hikes in 2016 but the U.S. central bank leaders at the March meeting reduced it to two possible hikes amid scaled-back expectations for economic growth and inflation. With the new projections, the FOMC now foresees just a 0.9% funds rate in 2016, down from its earlier forecast of 1.4%.

Not even 10 days earlier, two high-profile Fed officials had talked up the possibility of a rate hike at the April meeting. The headlines sent the dollar higher, pressuring commodities and oil in particular. If the dollar keeps its footing going into the long Easter weekend it will notch a near-2% gain, and the first weekly rise in a month against the world’s other major currencies. Atlanta Fed President Dennis Lockhart and St. Louis Fed President James Bullard led a chorus of officials in highlighting the chance for at least two rate rises this year, which is the consensus. But the idea of a hike in April caught most Fed watchers by surprise. These guys have spent way too much time in the classroom and not enough time in the world of business. It is as if they are saying, “We don’t want to let reality intrude upon our theoretical model and decision-making that is the basis of the Fed’s fiscal policy.”

Markets now imply only one increase and bond traders suspect an orchestrated attempt by the Fed to shift that thinking. Equity investors tend to dislike any hint of tighter U.S. monetary policy. Wall Street also was looking at this new hawkish language with caution as WTI crude slipped back under $40/barrel and rekindled jitters about the nascent rebound in the commodities sector as a whole. So much for enjoying a relaxing pre-Easter holiday week, as I am sure some traders had been hoping. A deluge of data had already started, with a fall in durable goods orders highlighting the strains a strong dollar exerts on exports. Last week’s deadly terrorist attacks in Brussels provided yet another catalyst for the dollar rally in a flight-to-safety trade.

For all the Fed’s chatter about multiple hikes, the bond and interest rate markets seemed far less convinced than the dollar. Fed funds futures imply almost zero chance of a move in April and a rate of just 61.5 basis points by year’s end. The current effective funds rate is 37 basis points. It also was notable that Treasury yields actually fell in response, with the 10-year U.S. Treasury Note back down at 1.88% from a high of 1.95% at mid-week.

Aside from the hawkish Fed chatter and attacks on Brussels sending the dollar higher, oil prices buckled after data showed crude stockpiles had risen by 9.35 million barrels, or three times the amount expected in the latest week. Russia piled on extra pressure as it reported its crude exports were expected to rise sharply in the coming months. Both headlines caused oil to slump to $38.70/bbl. after trading above $41.00/bbl. Oil is still the center of attention for many markets. As oil prices fall, markets are turning risk-off.

Erin Gibbs of S&P Investment Advisory pointed out in a CNBC interview that the S&P 500 energy sector has been leading the market gains, rising 8% in March as the broader S&P has risen 5%. Unfortunately, as energy stocks have gone up in price, they’ve skyrocketed in valuation. Gibbs said the S&P energy sector looks extremely expensive, given an expected 60% earnings contraction for 2016 while trading at a price-to-earnings ratio of 70 times expected forward earnings.

While a recent pop in prices has driven the sector higher, shrinking profits and high amounts of debt will continue to weigh on the sector in the longer term. Conversely, if crude’s rally continues, bullish sentiment will be sustained as investors’ perception of higher oil prices heals all wounded energy companies. My take on this fluid energy scenario is to watch it from the sidelines and let the first-quarter earnings season and near-term price movement for crude dictate whether to or not to get involved.

The big integrated oil companies are sporting some juicy yields for sure.

The big bet by ExxonMobil, Chevron and the rest of the lot is to finance the current dividends with cheap debt and bank on oil prices recovering back to levels above $50/bbl. where forward earnings for 2017 would be restored to levels that support 100% coverage of dividends. Maintaining current dividend policy is the Holy Grail for these companies with a rich history of raising dividends year after year. These companies will slash capital expenditures (future projects) before considering lowering quarterly dividend payments. On Dec. 15, the Australian Associated Press reported Chevron slashed 1,200 jobs from its Gorgon LNG project in Western Australia. 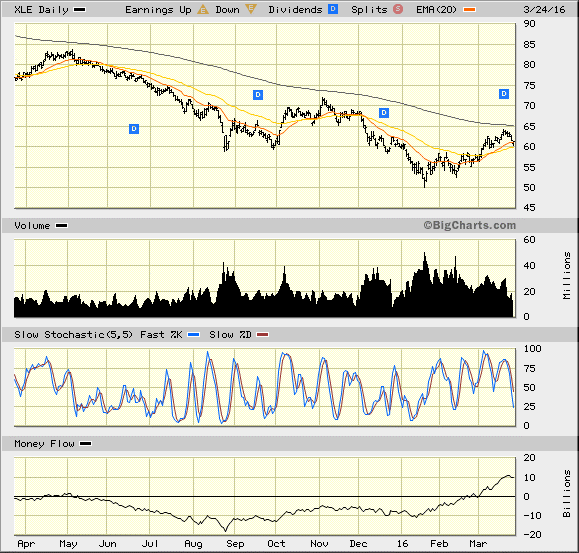 The bottom line is the Energy Select Sector SPDR ETF (XLE) that represents the who’s who of the U.S. energy market has not traded above its 200-day moving average and the trend remains down for now. A break above $65 a share would signal a significant shift in the technical picture and would probably reflect WTI crude trading towards $50/bbl. Until then, I’m a spectator and I recommend investors take the same position.

In case you missed it, I encourage you to read my e-letter column from last week about the impact of positive investor sentiment in recent weeks. I also invite you to comment in the space provided below my commentary.

The Dow Jones ended the holiday-shortened week down 0.49%, the S&P 500 fell 0.67% and the NASDAQ dropped 0.46%. The MCSI Emerging Markets Index tumbled 1.94%. You were stopped out of your position in Kinder Morgan (KMI) at $18.20 for a 17% gain. You were also stopped out of your position in Phillips 66 (PSX) at $87.00 for a 10% gain. After clawing itself back after the worst start to the year in history, the prospects for the market looking ahead remain