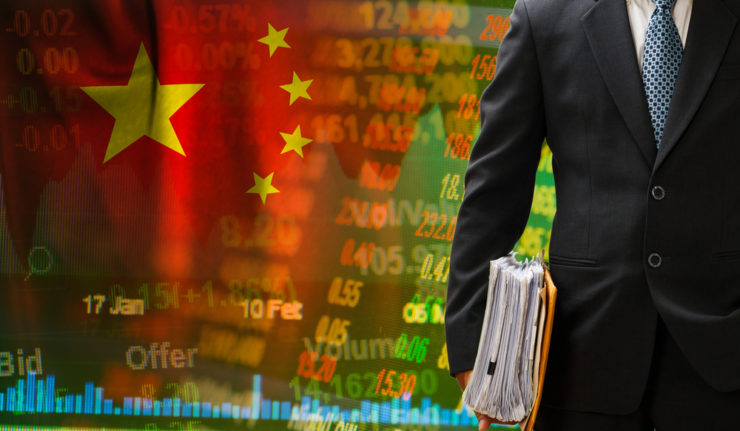 Making money in China as an armchair investor is tough.

On the one hand, conventional wisdom had it that China is set to rule the 21st century. Even with its recent economic slowdown, China is still on track to become the world’s biggest economy.

On the other hand, for all the hype surrounding China over the past decade, the iShares China Large-Cap (FXI) is trading today exactly where it was back in in November 2006 — almost a decade ago.

Today, China’s long litany of challenges gathers a lot of press. In addition to being possibly the most indebted major economy in economic history relative to its size, China’s waning economic growth, polluted environment, widespread corruption, sketchy financial markets, poor demographics and non-existent safety net are all weighing on its reputation among investors.

The Chinese themselves are voting with their feet and wallets. Chinese who can do so are taking their money out of China and investing in safe havens such as U.S. or Canadian real estate. The Chinese have quietly become the dominant buyers of prime London residential real estate, displacing the Russians and Middle Eastern investors. Of the 2.64 million Chinese students who have studied abroad since 2003, only 1.09 million have returned to China. Up until 2007, over 90% of Chinese Ph.Ds in science and engineering remained in the United States.

China’s GDP: Does it Matter?

What throws investors off is the size of China’s economy, as measured by gross domestic product (GDP). Surely, if a country is growing so fast, it would seem obvious that there is money to be made.

Looking purely at GDP, China is fast catching up to the United States. In 2015, the Chinese economy boasted a GDP of $11 trillion. By way of comparison, the U.S. economy generated $18 trillion of economic wealth. Adjusted for Purchasing Power Parity (PPP), China’s GDP hit $19.4 trillion in 2015, meaning it has already caught up and surpassed the United States.

Yet, looked at from another perspective, focusing on China’s GDP overstates China’s wealth substantially.

Focusing on GDP is like looking at your household income rather than your net worth. And adjusting it for PPP is like adjusting your income for a lower cost of living in, say, Pittsburgh, which is 44% cheaper than Manhattan. Sure, you get more for your money, but it doesn’t make you any richer in any objective sense.

Inclusive wealth focuses on the equivalent of a country’s net worth. Specifically, it looks at manufactured capital, such as roads, buildings, equipment and infrastructure; human capital that includes skills, education and health; and natural capital in the form of natural resources and the environment.

It also is worth noting that in China’s case, its “household income” (GDP) is spread across a family that’s four times the size of a family in the United States.

Even if China had maintained its torrid pace of expansion through 2050, the average Chinese citizen only would have hit the standard of living for an average Eastern European economy today. That’s a long way from the images of the impressive Shanghai skyline.

Still, there are investors who have made money in China. Among them are Warren Buffett and Charlie Munger of Berkshire Hathaway.

This weekend saw the annual Berkshire shareholder meeting in Omaha, Nebraska. As it turns out, the 92-year-old Charlie Munger is a big admirer of the Chinese. And the Chinese love Berkshire, with 3,000 of them attending this year’s meeting. As Munger pointed out, the Chinese respect old people and appreciate their wisdom. And they like them even more if they have gotten rich. As another American observed, “There’s a hunger in China to make money and learn English — in that order.”

Sure enough, one of Berkshire’s best recent investments came as a result of a suggestion from Munger. In late 2008, Buffett invested in Chinese car battery company BYD after Munger described its CEO, Wang Chuanfu, as “a descendant of both Thomas Edison and Jack Welch.” Berkshire bought 10% of BYD for $230 million. Today that 10% stake in BYD is worth nearly $1.5 billion.

That kind of investment success in China is the exception rather than the rule, even for Berkshire. Several other high-profile investments in China over the past decade have turned out to be frauds. Today, even the “Warren Buffett of China” — billionaire Chinese entrepreneur Guo Guangcheng — stands at the center of a corruption probe.

It turns out that making money in the Chinese stock market today is more about speculation than investment.

And Buffett also does that surprisingly well.

Buffett’s most successful investment in China was when he bought $500 million worth of stock in China Petroleum in 2003.

Exhibiting a knack for the kind of market timing he derides, Buffett exited the position in 2007 with a profit of $3.5 billion. Buffett said he sold out early between $150 and $200, right before China Petroleum briefly became the world’s first trillion-dollar company in November 2007, after its shares tripled once they were floated on the Shanghai stock market.

Almost a decade later, China Petroleum is trading at $73, even as the Chinese economy has tripled in size.

I can think of no better example of how to make money in the stock market in China.

In case you missed it, I encourage you to read my e-letter column from last week about the world’s most competitive economies. I also invite you to comment in the space provided below.