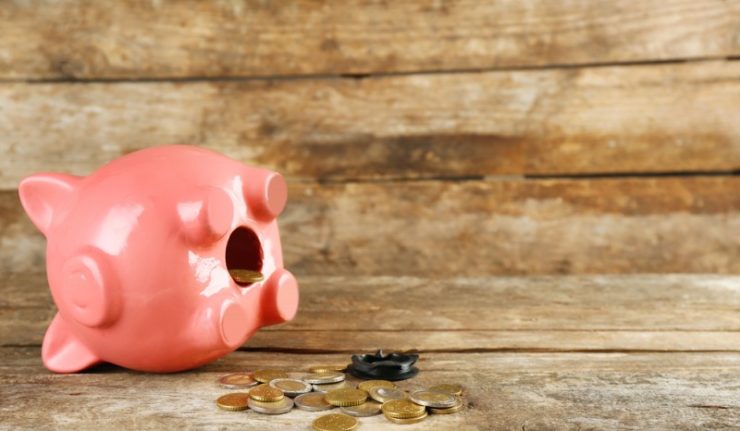 Both left- and right-wing policymakers often complain that they never see the ideas they develop in their Ivory Towers implemented in practice.

Chile’s infamous shift to a defined contribution pension fund system in the 1970s is one exception to that rule. A poster child for libertarian-style policies, Chile’s pension fund system forced workers to contribute a biblical 10% of their income into individual retirement accounts managed by private sector administrators and fund managers.

That shift freed the Chilean government from the shackles of a U.S. Social Security-style pay-as-you-go system, in which today’s taxpayers support current retirees even as the population grows older.

The Chilean system also boasted the benefit of boosting economic growth. According to one study, the savings invested in local capital markets between 1981 and 2001 added a whopping 0.5% to annual gross domestic product (GDP), which lifted millions of Chileans out of poverty.

Despite Chile’s widely lionized successes, last week more than 500,000 Chileans took to the streets of its capital, Santiago, to protest the low levels of income their privatized pension fund assets generated.

Something had clearly gone wrong.

Chile as a Libertarian Laboratory

Back in November 1980, under the leadership of the now widely reviled dictator Augusto Pinochet, Chile converted its government-run pension fund system into one led by private administrators and investment funds.

Pinochet had appointed several of the “Chicago boys,” economists who had studied at the University of Chicago starting in the 1950s, to powerful positions in his government. Chile’s secretary of labor revealed that the pension fund reforms were inspired by ideas he read in Milton Freidman’s book “Capitalism and Freedom.”

Fast forward 40 years and Chile’s much admired and mimicked pension fund system has fallen far short of its high expectations.

The Chicago boys had initially suggested that pension fund participants would generate about 70% of their annual income upon retirement.

The reality was much less magnanimous.

Today, the average Chilean retiree receives a pension equivalent to 38% of his final income. To add insult to injury, that is the second-lowest rate among the 35 nations of the Organisation for Economic Co-operation and Development (OECD). Only Mexico ranks below the pride of Chicago.

Lessons for the United States and the Rest of the World

The Chilean experience can teach the United States and other nations a few lessons.

First, the Chilean pension fund system has been lambasted widely for its onerous costs. Those costs, fees and commissions have reduced the average return on pension funds from 8.6% between 1981 and 2013 to as low as half that level. The takeaway? Costs matter in pension fund management and administration.

Second, life does not unfold with the relentless and remorseless regularity of the assumptions made in the Chicago boys’ spreadsheets. Many Chileans hold informal jobs and contribute an average of only 40% of their prime working years. That contribution level does not generate sufficient funds that meet the 70% post-retirement income target.

Women suffer the most. On average, women take home pensions worth 31% of their final salaries, compared with 60% for men. Even the government topping up women’s pensions for each child they raised has failed to compensate for the shortfall.

The Psychological Elephant in the Room

There is another critique of Chile’s pension system, one I have not seen made by mainstream critics, either on the left or the right.

It all goes back to the knotty problem of human psychology.

Saving for retirement is key to a secure future. However, as the survey in Chile confirms, very few in the real world do save for retirement.

Let me drill down deeper with some insights from personality psychology.

People who save for their retirement tend to score high on the “conscientiousness” scale in psychologists’ “Big Five” personality tests.

Moreover, I bet my bottom dollar that the Chicago Boys who designed the Chilean pension fund system ranked very high on conscientiousness.

After all, they were the students who were smart and motivated enough to study at the University of Chicago.

Also, their fundamental assumption was that saving for retirement is done by rational economic actors, who, given the right incentives, will do the right thing. That is a quick summary of the famous theory of rational expectations that earned University of Chicago economist Robert Lucas the Nobel Prize in Economics in 1995.

Yet, I bet if you buttonholed an average Chilean to discuss conscientiousness and rational expectations, you would get the same blank stare you would get in, well, a sports bar in Memphis, Tennessee, or Topeka, Kansas.

And there are no prizes for guessing whom you will run into more often in Chile, or even in a trendy Manhattan bar frequented by Goldman Sachs bankers for that matter.

However, these are knotty and complex problems. The reality is always much messier than any model.

However, here’s what you can do…

Save until it hurts, invest with a low-cost money manager and stick to your investment plan through thick and thin.

It is not a sexy solution.

In case you missed it, I encourage you to read my e-letter column from last week about investment psychology and the important role it plays in your financial success. I also invite you to comment in the space provided below.

P.S. If you are interested in maximizing your investment returns, let me note that one of the recommendations in my Alpha Investor Letter has outperformed the Dow 11 to 1 over the last 29 years. The company’s shares have gained 8,340% during that time for an average annual return of almost 17.5%. Click here to discover why this company’s average gains have soared to 27% over the last five years, and how to invest in it.

Defining the REAL Cost and the REAL Deal in Purchasing Property: A Comparison Between North America and Latin America