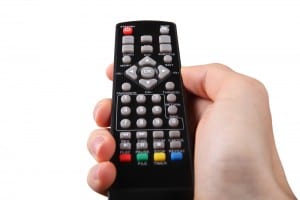 The Hungarian-American speculator George Soros — alongside Warren Buffett — is widely considered one of the two greatest investors of all time.

Ironically, Soros and Buffett are almost the same age. Soros is a mere 18 days older than the “Oracle of Omaha.”

That is, however, where the similarities between these two titans of investments end.

While Buffett is the world’s best “buy and hold” investor, Soros is more the world’s top speculator — a gunslinger who bets — and often wins big.

Widely regarded as the granddaddy of hedge fund managers, Soros boasts the best performance record of any investment fund in the world. Between 1969 and 2000, Soros generated an average of 30%-plus returns for more than 30 years — a record that remains unmatched.

Soros is not a man who is shy about taking a large position in a stock if he thinks it will make him money.

As Soros once told his Chief Investment Officer Stanley Druckenmiller, “It takes courage to be a pig!”

In September 1992, Soros made $1 billion on this single trade that famously “broke the Bank of England” — the United Kingdom’s Central Bank.

Less famously, Soros lost $1 billion betting against the election of Donald Trump back in November.

So what is Soros betting on today?

John Malone is not a household name among investors. And that’s the way this Colorado-based billionaire likes it.

John Malone got his start by investing and operating a small group of cable systems, originally assembled in the 1970s, into Tele-Communications Inc., (TCI). He cashed out at the top of the market by selling it to AT&T in 1999 for a cool $48 billion. That’s the equivalent of $69 billion today.

Since 2005, Malone has cobbled together yet another cable and media empire, Liberty Media (LMCA). Today, Malone’s new empire consists of companies with a total market value of $80 billion, with Malone’s personal stake worth about $4 billion.

Although both Malone and Liberty Media keep a low public profile, the conglomerate has generated Buffett-beating performance over the past 10 years.

Malone’s philosophy is similar to Buffett and his longtime Berkshire partner, Charlie Munger.

So why does the organizational chart of Liberty Media look like a bowl of spaghetti?

The answer is simple.

Liberty’s mind-numbingly complex ownership structure is the result of a tax-driven shuffling of assets like spinoffs and tracking stocks.

Each of these machinations helps avoid taxes on long-held, highly appreciated assets.

In Malone’s empire, Liberty Broadband Corp. (LBRDK) is part of a conglomerate of related media investments made under the Liberty Media umbrella.

Based in Englewood, Colorado, Liberty Broadband’s principal asset is its 20% ownership interest in Charter Communications (CHTR) — the fourth-largest cable operator in the United States. Liberty Broadband also has a small interest in Skyhook, a worldwide leader in mobile positioning and contextual location intelligence solutions.

On its face, the case for investing in Charter Communications is far from obvious. The entire cable sector is facing stiff competition from online video streaming service providers. Netflix (NFLX) and Apple (AAPL) are both disrupting the traditional pay TV model.

Why Soros is Betting Big on Liberty Broadband

First, Liberty Broadband trades at a 10% discount to the value of its 20% stake in Charter Communications. The discount reflects fears about “taxes or complexity.” Still, the discount is free money. And Malone has always structured his investments to recognize full value.

Third, Malone himself has plenty of skin the game. He owns 4,145,781 shares of Liberty Broadband stock, valued at approximately $354,588,000. Malone has plenty of incentive to drive the stock price higher.

Analysts are catching on. The average price target for Liberty Broadband stands today at $99. One estimate is as high as $108 within the next year. With Liberty Broadband trading around $85, that target price implies a 27% gain from the stock’s current levels.

Soros’ big bet on Liberty Broadband is neither sexy nor flashy. But it is making money in an environment where a lot of the world’s smart money is struggling.

When the world’s greatest speculator bets 20% of his portfolio on a single company like Liberty Broadband, it’s a stock that you may want consider adding to your portfolio.

P.S. I recommended that my subscribers buy Liberty Broadband (LBRDK) on November 9, 2016. Since then, the stock has soared 24%.

In my new monthly service, Smart Money Masters, I make recommendations based on the latest and best “smart money” picks just like this one. The current Smart Money Masters portfolio includes both Warren Buffett’s and hedge fund maven Bill Ackman’s top investment bet. Click this link to find out more.

previous article
Stronger Wages and the Effects of a Border Tax
next article
U.S. Markets Broadly Flat and Trump Rally Takes a Breather

share on:
Exclusive  How To Be the Lead Mare