This Bull Market Can Sure Take a Punch 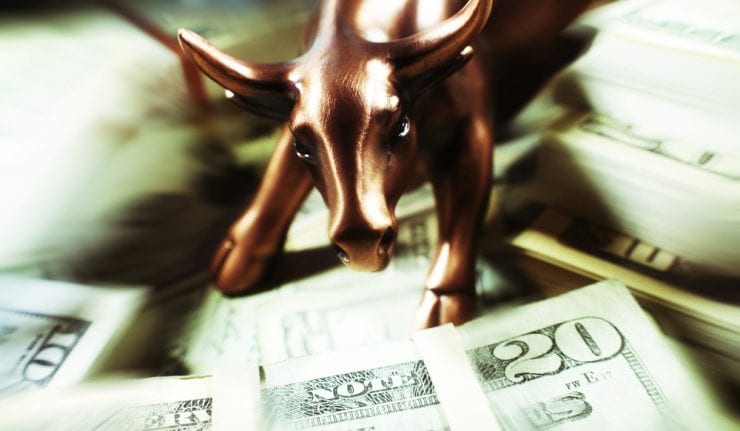 Wall Street surely was going to have a down day on Tuesday after North Korea fired a ballistic missile that crossed over northern Japan before crashing into the ocean.

And yet the market ended higher for the day, its biggest intraday comeback in 9 months. It proves the Maxim of Wall Street: “A bull market is one that can shake off even bad news.”

There is surely no consensus that the market is headed higher, a positive sign that this bull market has room to grow.

Also, from a contrarian viewpoint, the public continues to withdraw mightily from the U.S. market — $30 billion worth last month, switching to cash or foreign markets.

Many pundits, including Robert Shiller and Mark Hulbert, think the market is overvalued based on traditional measures such as the price-to-earnings (P/E) ratio, CAPE, dividend yield, price/book, price/sales and q-ratio. Yet all of them fail to take into account historically low interest rates. When you do, stock prices are not overvalued, and could move higher.

Early this week, New York Times financial columnist Jeff Sommer wrote, “The magical stock market can’t last,” stating that this market has been the steadiest, least volatile of any stock market in 52 years.

The bull market that began in March 2009 has never looked back and will be the longest running bull market in modern history if it makes it into 2018. Nobody predicted that, not even me. I’ve been 100% invested throughout this period, but I fully expected a few bear markets along the way.

But there have been a lot of Cassandras with egg on their faces, predicting a “total collapse” and stock market crash (“worse than the Great Depression, when stocks fell 90%”) and none of them are coming forward with a mea culpa.

No doubt one of the reasons is the Fed’s easy money policies, and a lot of lucky breaks in the economy and geo-politics. Interest rates remain at historically low levels.

I’m sure another bear market is coming. We just don’t know when. While we wait, let’s stay full invested but have protective stops in place 20% below the current price. That will protect us on the downside.

A Letter from a Subscriber

Last week, I received an unsolicited letter from a subscriber who I had met at the Las Vegas MoneyShow. He wrote:

“When I had the privilege of meeting you at the MoneyShow, I found you to be a true gentleman with a gracious smile. I purchased a hardcover copy of your book, The Maxims of Wall Street, for the valued price of ten dollars. To quote from a maxim in your book: “Price is what you pay, value is what you get.” I can honestly say that your book of maxims is a treasure and offers far and away more value than its cost.”

Over the years, I’ve received many letters like the above. It’s why “The Maxims of Wall Street” has become a bestseller, having sold over 25,000 copies and gone through five editions.

As we enter the holiday season, you are probably wondering what would be a good gift book to your friends, relatives, colleagues, employees, stockbrokers and investment advisors. Why not give them a copy of “Maxims”? The price is only $20 for the first copy, and $10 for additional copies. I autograph each copy and mail them at my cost. (For foreign buyers, be sure to add an additional $15 for mailing abroad.)

In case you missed it, I encourage you to read my e-letter from last week about whether I think stocks are not overvalued.

Dallas MoneyShow, October 5-6: I’m delighted to be back in Dallas to moderate a main stage panel, “Washington Policy: How It Effects Your Portfolio,” with Steve Forbes, Steve Moore, Peter Schiff and Edward Yardeni. I’ll also be doing an encore of the “great debate” with Mike Turner on “The Economics Professor vs. the Mathematician: Buy-and-Hold vs. Market Timing.” Finally, I’m on a panel to pick the next big winners with Bart DiLiddo, John Dobosz, Cody Willard, and Kelley Wright. To sign up for your complimentary tickets, go to Skousen.DallasMoneyShow.com.

New Orleans Investment Conference, New Orleans Hilton,Oct. 25-28: I’ve spoken at this “granddaddy of hard-money conferences” since 1977! This year’s keynote speakers include Fox News host Tucker Carlson, Fox contributor Charles Krauthammer, real estate mogul Robert Kiyosaki and commodity guru Dennis Gartman. For full information, go to http://neworleansconference.com/wp-content/uploads/2017/07/NOIC2017_skousen.html or call toll-free 1-800-648-8411. Be sure to mention you are a subscriber of mine for a discount on the registration fee.

Europe Does a Lot of Things Right

For the past couple of weeks, I’ve been taking a “grand tour” of southern Europe — Spain, France and Italy — with some of my family members. It’s always valuable to spend time abroad and discover differences in culture and the economy. 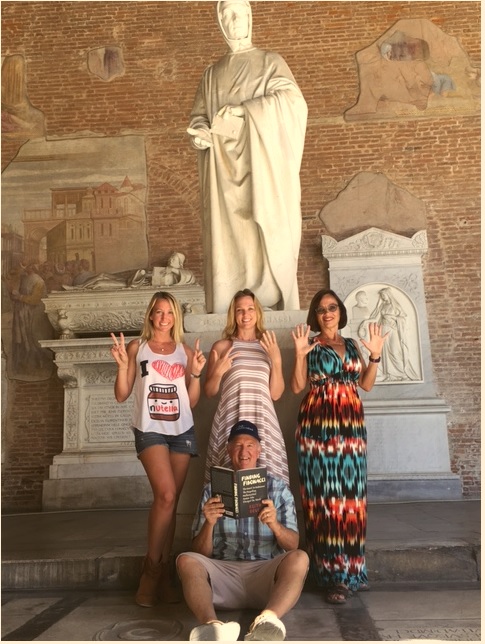 Mark Skousen with daughter Hayley, 21, daughter Valerie, 34, and wife Jo Ann, 55, whose ages are all Fibonacci numbers, pose in front of the statue of Leonardo Fibonacci at Pisa, Italy. A Fibonacci number is one that is the sum of two previous numbers, and is frequently used by technical traders on Wall Street.

While we were here, the euro gained considerable strength against the dollar. The euro is now selling at $1.20. (That’s bullish for gold and other commodities.) No doubt it’s expensive living here, although we cut our living expenses by two-thirds by staying at Airbnb apartments in both Barcelona and Paris.

Of course, there was plenty of police and security everywhere during this time of terrorist attacks.

I was impressed by their transportation system — subways/metros, trains, buses and taxis. Even though it was high tourist season, everything seemed to run smoothly. Plus, there are hardly any potholes in Europe. They know how to build infrastructure to last. Meanwhile, roads in New York City are Third World, riddled with potholes and no matter who is the mayor, it only gets worse.

User Pays for the Basics

One difference between the U.S. and Europe is that Europeans charge for using public bathrooms. Everyone, rich or poor, pays one euro to use the restrooms around town. I teach my students this sound “accountability” principle or the “user pays” concept. If you use something, you pay for it. And it applies to everyone. I found most of the public bathrooms to be clean and functional.

Romance and sexual expression are much more open in Europe. The Puritanical approach toward sex that we see so often in the US (at least in public) is absent in Europe. Besides all of the nude statues in the museums, most beaches allowed nude bathing — and a few women were worth a second look!

If I were to complain about anything, it would be the high cost of over-the-counter medicines. We needed to buy some headache medicine, and 12 tablets cost nearly nine euros. It’s much cheaper in the states.