My Favorite Cultivator is Back

Lessons Learned from My Weekend in Medellin Could Help Mexico

I spent the weekend in Medellin, Colombia, and I am amazed at the growth of this South American country, largely due to the efforts of its former President Alvaro Uribe.

But Uribe’s government, with the help of the United States, was able to suppress those woes. Colombia has prospered dramatically since then. Peace and democratic capitalism have been restored. Heritage’s Economic Freedom Index shows a dramatic rise in Colombia’s fortunes, and the country has attracted a massive injection of foreign investment. Bogota and Medellin are first-rate mega-cities.

I met with President Uribe (see the photo above) and asked him the secret to his success, especially in dealing with the illegal drug wars. What could Mexico learn from his experience in Colombia? He stressed three rules: 1. Decriminalize use of marijuana and cocaine by consumers and treat addiction as a medical problem; 2. Beef up education efforts on the ill-effects of drug abuse; and 3. Adopt strict laws against drug distributors.

I presented President Uribe with a copy of my book, “EconoPower: How Economists are Transforming the World.” A South Korean publisher paid $100,000 to obtain the foreign rights for that book. The book has much practical advice for investors. If you want to buy a copy, I’m offering a special, discounted price of only $12, plus $5 for shipping and handling ($17 in all), substantially below the retail price of $24.95 and Amazon’s price. To order, call Eagle Publishing at 1-800/211-7661 and mention the special code: ECPOW2.

For more on Uribe and the future of Colombia, read this write-up:

http://www.thedailybell.com/4299/THE-PRAGMATIST-No-Reuters-Uribes-Perspective-on-Santos-and-FARC-Is-Policy-Driven by Anthony Wile, my host in Medellin. I highly recommend the article.

I returned earlier this month from the Mont Pelerin Society meetings in Prague, hosted by Czech Republic President Vaclav Klaus. The society consists of a distinguished group of economists and political thinkers from around the world. The group was founded in 1947 by Friedrich Hayek and I’ve attended 15 meetings since 1988. I have been a member since 2002, after economist Milton Friedman recommended me. (Those interested in learning more about his key role in economics may want to read a new book about him,”The Indispensable Milton Friedman.”)

We had a great time meeting in various castles, palaces and spas. On the final day of the conference, we met at the magnificent golden chandelier-lit Prague Castle. The final speaker was Robert Barro, the Harvard economist, who has made many valuable contributions, especially his criticism of the Keynesian multiplier.

But at this talk, he made two bold statements that surprised me, given that the society is very libertarian. He argued that Lehman Brothers should have been bailed out, and that the United States should adopt a value-added tax (VAT) like most other countries to increase revenues and cut the deficit.

I differed strongly with him on both counts. Being here in Wall Street, I can tell you that all of the major financial institutions are much more sound in their lending and leverage positions due to the fact that the government refused to bail out Lehman. We gained a lot of good new information about the fragile interlocking relationships in the global financial system because of the Lehman failure. If Lehman had been bailed out, we would never have known how big the company really was. Moral hazard is alive and well thanks to the Lehman collapse, as difficult as it was to go through. And we did survive it.

RE VAT: Adding a new tax and new tax structure would be a serious mistake and would be another move toward the stagnating European model (ObamaCare moved us in that direction). Historically, VAT, as a hidden tax, tends to rise over time. There are very few exceptions. A simple flat tax (as advocated by Steve Forbes) is a much smarter way to go, in my judgment. In any case, we don’t need to enhance revenues, since the federal government is bloated already. Everyone, especially the rich and middle class, are overtaxed and overregulated. We should be able to cut 30% out of the federal budget without hurting legitimate functions.

Mortgage Rates for 30-Year Loans Tumble, Matching Record (Bloomberg) The average rate for a 30-year fixed mortgage fell to 3.49% in the week ended today, dropping from 3.55%, McLean, Va.-based Freddie Mac announced. It matched a record reached in July. The average 15-year rate slid to 2.77% from 2.85% to mark a new low. Reduced borrowing costs, spurred in part by the Federal Reser 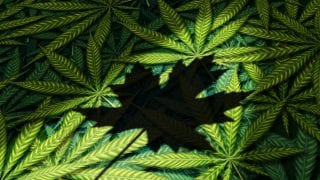 Old Cannabis Has Crashed, Time for the Second Wave