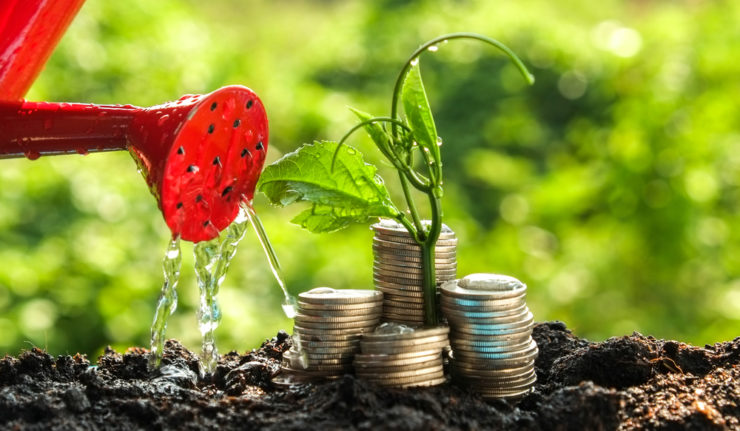 “I’d rather win one big tournament in my entire life than make the cut every week.” — Arnold Palmer

“Buy two of everything in sight and you end up with a zoo instead of a portfolio.”  — Warren Buffett

Should you buy individual stocks or index funds?

The academics will tell you that you have a better chance of winning if you buy an index fund and hold for the long term. They point to studies that show that most professional active stock pickers and money managers underperform the indexes over the long run.

Me? I give my subscribers a choice between index funds and individual stocks.

Lately, my stocks have been soaring, far exceeding the return of the market itself.

Recently, I received a phone call from one of my recommended brokers (at Raymond James), and he told me that last year my portfolio of individual stocks in Forecasts & Strategies rose 38% — substantially better than the 24% increase in the S&P 500 index.

This year, 13 out of 17 positions are profitable, and the average return is several times better than the stock market itself. Several of my recommended stocks are up 30-40% this year.

There never has been a better time for individual stock picking than NOW. Using my stock selection system (developed over my 40 years on Wall Street), the results are nothing short of spectacular.

The Winner’s Circle Is Winning!

In my four trading services, we currently have 26 short-term positions, and 22 are profitable (that’s an 85% success rate). Plus, more than 10 recommendations are ahead by double-digit percentages, with one up 74% since May 1 and another up 50% since March 19.  We closed out a stock position in the Fast Money Alert with a gain of 120% (Match Group). The call options rose more than 300%.

The average holding period for these short-term positions is 50 days — and we are beating the market 3-to-1. The returns are even more spectacular in the option trades — we just closed one on Valero Energy for a near “ten-bagger” in only two months!

Members of the “Winner’s Circle” — subscribers who get my newsletter and my four trading services — are pretty happy. If you are curious about how to join my “Winner’s Circle,” click here now.

Heading to Las Vegas? Here’s How to Win BIG

Many of you will be coming to my “Fast Money Summit” at this year’s FreedomFest, July 11-14, at the Paris Resort in Las Vegas.

You can take your chances of winning big playing roulette or the slot machines.  But I promise you much better odds in the Fast Money Summit in the Vendome Room A than in the casino.

If you join us, here’s my special offer: 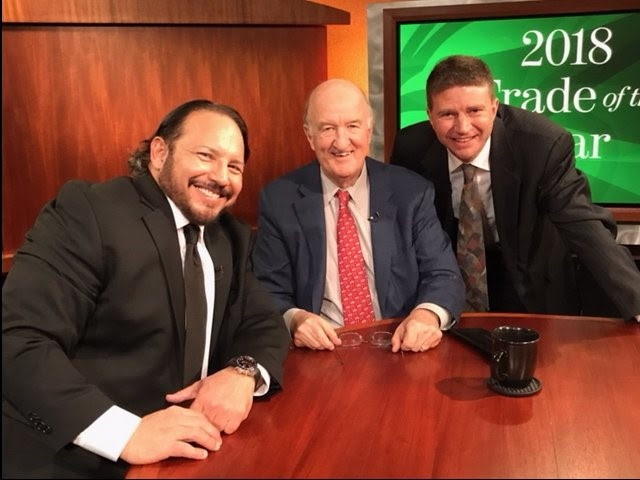 At this event, my “Fast Money Alert” partner Jim Woods and I are going to reveal a new stock that we are totally convinced will be a “ten bagger,” the term Peter Lynch made famous in his book “One Up on Wall Street.”  This stock has the potential to make you a 1,000% return on your money in the next 2-3 years. It already has started advancing and is up 65% this year.  And it is heading higher — much higher.

To find out more about this incredible stock and our three-day Fast Money Summit — to be held in the Vendome A ballroom at the Paris Resort — go to https://www.markskousen.com/landing-pages/fast-money-summit/.

At the Summit, Jim and I will give you all the details of this tech company that is expanding rapidly, but we are still getting in early. The CEO behind this exciting new technology has been called a “visionary,” and when you hear the story you will agree and will want to add it to your portfolio.

Want more information? The entire schedule for the Fast Money Summit and FreedomFest is now posted. Just click on “agenda” at www.freedomfest.com.

Or watch our three-minute video about this year’s big show: https://www.youtube.com/watch?v=w04pxhH8LoA. 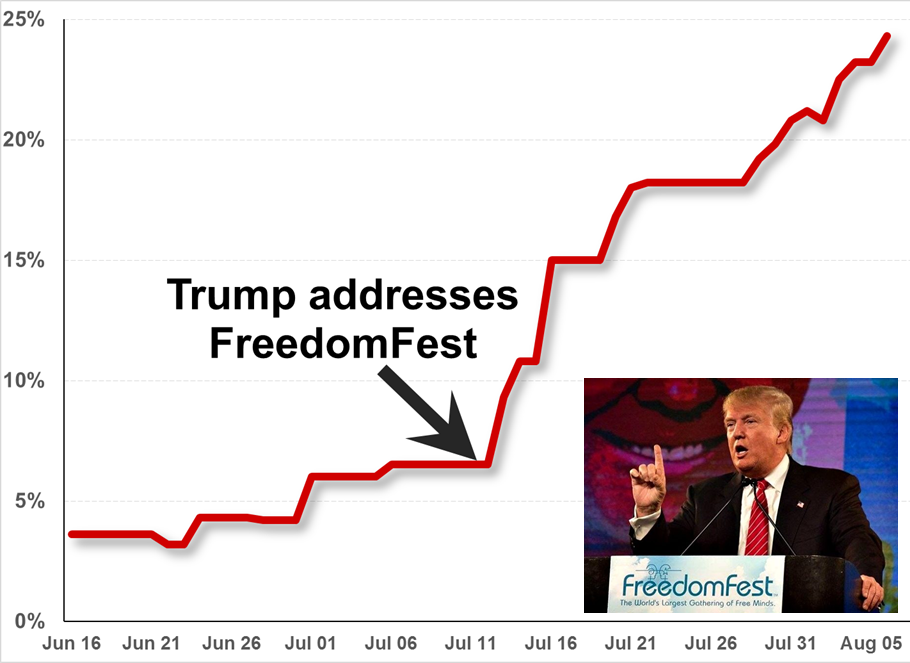 See why even Donald J. Trump came to FreedomFest at the beginning of his campaign in 2015.

As John Fund put it, “FreedomFest doesn’t just ride the wave, it invents it!”

Act now! The Fast Money Summit and FreedomFest are less than 3 weeks away, but there is still time to join us. The Vendome A room is almost full, so hurry.

Our room block at Paris Resort has been extended for another week, but will end this weekend. The room rate is only $129 a night. I suggest you contact the hotel right away. Go to “hotel” at www.freedomfest.com and use the code there to get the low rate.

Get $100 Off the Registration

P.S. Still unsure about coming? Rick Sampley, senior vice president of Raymond James, recently wrote me: “I had the privilege of attending FreedomFest in Las Vegas this year for the first time. I came as a member of Martin Truax and Ron Miller’s team in Atlanta. During my entire career, however, I have never before been to one venue that allowed me access to and interaction with such a concentration of great thinkers and financial professionals. If one values capitalism and practical approaches to navigating the daily challenges of investing in these treacherous times, then FreedomFest is a must. This is truly a conference for great investment thinkers and doers. During the conference, I met many people who have been coming to FreedomFest for years… I will certainly be one of them in the future.” Come join us! And come up and say hello.

You Blew It! Last Original Dow Member GE Gets Dropped

In my investment classes at Chapman University and elsewhere, I’d always have this question on the final exam: “Name the one stock that has been in the Dow since its inception.” The answer was “General Electric.” No longer. Next week, the company that Thomas Edison created back in the 1890s will be officially dropped from the Dow Jones Industrial Average, ending a 110-year run.

Despite the stock price dropping 55% from its highs, GE still has a market cap of $110 billion. Its replacement, Walgreens Boots Alliance, has a market cap of half that size, $66 billion. But since the Dow is a price-weighted index, GE has had little impact on the blue-chip index.

GE pioneered the light bulb and the jet engine. It survived wars and the Great Depression, the dot-com bust and the 2008 financial meltdown. It has 300,000 employees and millions of shareholders.

In its heyday in the late 1990s, CEO Jack Welch led the company to become the Dow’s biggest component. He was named “manager of the year” in 1999, his high watermark. He had a business school named after him.

It turns out that Welch’s vision of a giant super-conglomerate — adding a major bank, GE Capital — was the wrong approach for the 21st century, and it has been downhill for GE ever since. His successor, Jeff Immelt, couldn’t reverse the tide of complexity and murky accounting, and now it’s up to the new CEO John Flannery to clean up the mess. Good luck!