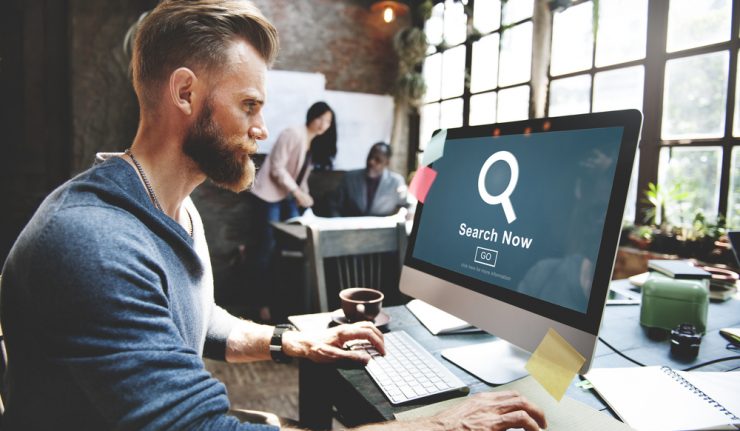 The Dow may be in the red so far in 2018 and the S&P 500 may be ahead only 3% year to date, but there is a sizzling summer rally taking place among big-cap technology and small-cap stocks.

Most so-called FAANG stocks –Facebook (Nasdaq: FB), Apple (Nasdaq: AAPL), Amazon.com (Nasdaq: AMZN), Netflix (Nasdaq: NFLX) and Google/Alphabet (Nasdaq: GOOG) — are surging to new all-time highs, with Apple the only member that is somewhat lagging at present. Interestingly, the Nasdaq is trading to new highs without the participation of Apple, something that many analysts thought could not happen. Other tech stocks currently in the limelight, among many, include Microsoft (Nasdaq: MSFT), Alibaba (NYSE: BABA), Adobe Systems (Nasdaq: ADBE), Mastercard (NYSE: MA) and PayPal Holdings (Nasdaq: PYPL).

Small-cap stocks and big-cap technology are quite different in how they are viewed by investors and traders, but they do share some common traits. For example, the strength of the domestic economy is at the forefront of why these two market sectors are outperforming, though one could say that about most sectors. Also, small-cap technology is leading the Russell 2000 higher, just as big-cap tech is for the Nasdaq. Suffice it to say that a strong dollar and currency crises in several emerging markets are driving fund flows into U.S. stocks with the force of a firehose, and that money is finding its way largely into technology stocks.

When one considers the advantages of owning tech, it makes a lot of sense. Technology has limited exposure and risk to inflation, government regulation, commodities, interest rates, elections and geopolitics. The widespread trend to automate and move more business online is also a driving force in how investors see a long-term opportunity to own companies in the right technology sub-sectors. For instance, business investments into installing and upgrading hardware, as well spending on subscription-based services, is at the highest level since 2014, with the forecast looking robust for the balance of 2018.

Right now, the market is in what could be considered a quiet period, with professional fund managers trying to window dress their portfolios and holdings so as to give the appearance of having owned all the right stocks during the second quarter. The end of June tends to be soft, followed by a firming up right after July 4th when the second-quarter earnings season kicks off. 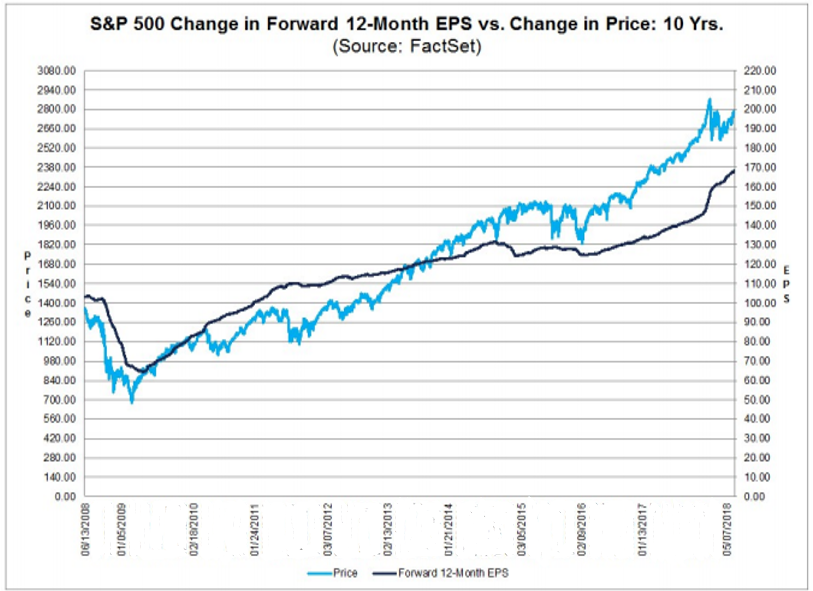 Lately, some of the prevailing market headwinds have diminished, thus providing more opportunity for the bulls to seize the momentum. The yield on the 10-year Treasury has declined from 3.11% to 2.91%. WTI crude has pulled way back from $72.70/bbl to a recent low of around $65.00/bbl. The Dollar Index (DXY) ran into some profit taking at the 95.50 level. Also, the threat from North Korea has been dampened and the Italians have formed a coalition government to calm the European bond market

The brewing trade war with China is on everyone’s mind, but remember that the $250 billion of goods being affected by tariffs is small by comparison to America’s $19 trillion economy. However, this fact doesn’t mean that there won’t be a negative tone that permeates the investing landscape whenever trade-related headlines appear. Much of recent selling pressure is being blamed on trade war chatter, and the Dow has been down for eight of the past nine days because of tit-for-tat tariff news.

This large-scale evaluation of the investing landscape brings me to my main point that, regardless of my glass-half-full view, the summer months can be tough for investors as volatility picks up due to the lighter trade volume. It doesn’t take much to upset the market apple cart, hence, it makes sense to use a proven and successful trading system to bank consistent gains when the market makes it hard on buy-and-hold investors.

If you’re looking for such a trading system, then I recommend my Quick Income Trader advisory service, which accomplishes the task of having one’s money work overtime, and then some. With a tight trading portfolio of only seven stocks at any one time, I recommend selling covered calls and naked puts against favorite stocks such as PayPal Holdings (Nasdaq: PYPL), Intel (Nasdaq: INTC) and Micron Technology (Nasdaq: MU). Just recently, we closed out a number of winning covered-call trades, several for double-digit-percentage gains, and we’ve hit on 39 out of 48 naked put trades — a stunning 81% win rate!

To learn more about how my Quick Income Trader system works, click here. On my website, www.BryanPerryInvesting.com, there is also a free tutorial video series on selling covered calls and naked puts that will get you up to speed on these strategies in no time.

The best part of this service is: I do all the work. All subscribers need to do is follow my trading instructions and place their trades accordingly. It’s that easy, and the income stream can pile up quickly. Check it out and put some Fourth of July fireworks under your portfolio. 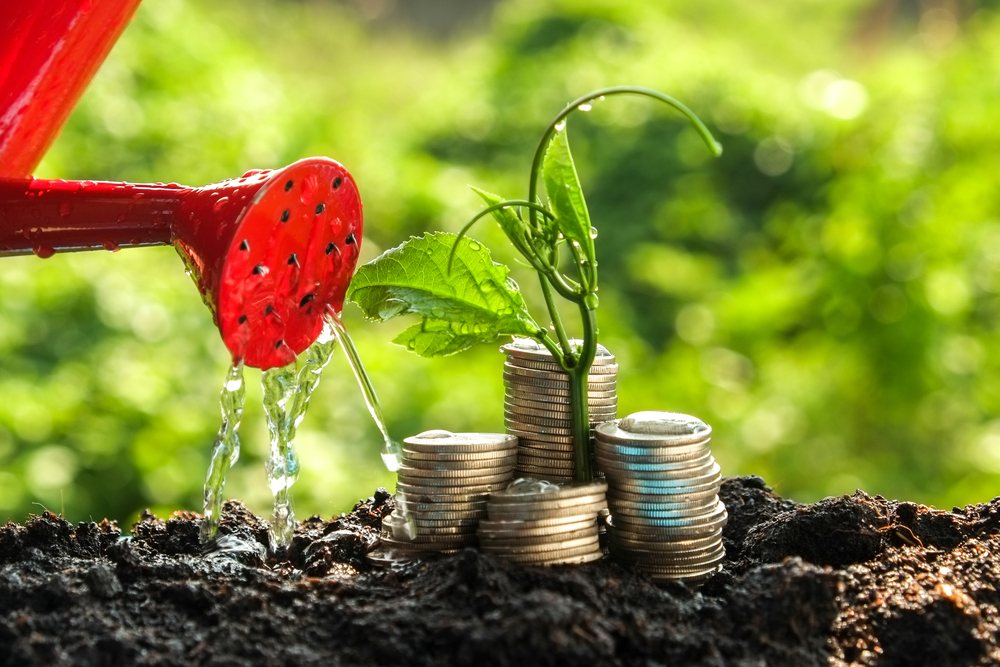 Economist Dr. Mark Skousen explains how cherry-picking the best stocks can be a more successful strategy than index investing.