Raytheon Company (NYSE: RTN) is an international aerospace and defense giant that could be ready to rise again after a recent pullback amid threats of new tariffs between world leaders. Those events interrupted its share-price surge of 46 percent since the election of President Trump on November 8, 2016, which spurred a jump in the price of defense stocks that has become known as the “Trump effect.”

President Trump, who has advocated increased military spending by America and its allies, has caused market uncertainty with his talk of imposing tariffs on imports as he seeks to negotiate what he considers “fair” trade agreements. Raytheon is a defense company based in Waltham, Massachusetts, that seems positioned to withstand the turbulence.

The share price of Raytheon has jumped 46.07 percent since its adjusted closing price of $132.76 on the day President Trump was elected, through the stock’s end-of-day price of $193.92 on June 26. Even though Raytheon’s stock price slid 15 percent between April 23, when it closed at $228.13, and June 26, the company beat analysts’ first-quarter sales and earnings estimates announced on April 26 due to increased demand, especially from other countries. However, Raytheon only boosted its financial guidance for the rest of 2018 slightly when its management reported earnings, so Stifel Nicolaus defense analysts opined that the stock traded down amid unfulfilled hopes from some investors for an even more bullish outlook.

The retreat in the share price offers a “good buying opportunity,” according to Stifel Nicolaus defense analyst Joseph DeNardi. In fact, Stifel Nicolaus raised its 12-month share-price target for Raytheon to $235 a share, up from $220 a share, after the company announced its first-quarter results.

In addition to the “Trump effect” that has aided the share price of defense companies since the president’s election, Raytheon offers a current dividend yield of 1.64 percent that may appeal to income-oriented investors. 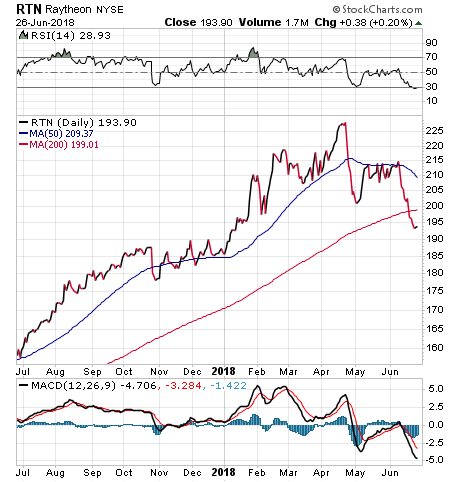 In a June 20 interview on CNBC, Raytheon CEO Tom Kennedy said his company is not at risk from President Trump’s recent summit with North Korean dictator Kim Jong-un or the talk of tariffs with China and other trading partners. Instead, Kennedy said it was the best of times for Raytheon.

“We do not sell any products to China, so we are not affected by any of the tariff issues with China,” Kennedy told CNBC.

Most of the steel and aluminum used by Raytheon comes from American companies, Kennedy said. Countries are buying its products to protect their sovereignty and their citizens, he added.

“They come to us for solutions irrespective of tariff issues and other kinds of political situations,” Kennedy said.

A “Trump effect” also seems to be occurring in which the leaders of countries in Europe and elsewhere are looking to increase defense spending. For example, North American Treaty Organization (NATO) members are seeking to boost defense spending to 2 percent of their gross domestic product (GDP), as required under the entity’s bylaws. President Trump has been calling for NATO members who fell short of that obligation to begin meeting it.

“We haven’t seen that in Europe since the Berlin Wall came down,” Kennedy said.

The historic fall of the Berlin Wall on November 9, 1989, led to the reunification of Germany on October 3, 1990, when the German Democratic Republic (GDR), also known as East Germany, was incorporated into the Federal Republic of Germany (FRG), commonly called West Germany. The separation of Germany had occurred in 1949 after the end of World War II but the Berlin Wall was not erected until August 13, 1961, following an order by then-Soviet leader Nikita Khrushchev, who sought to end an exodus of East Germans into the western, Allied-occupied part of the country.

Raytheon is working on defense deals with Romania, Poland and Sweden, Kennedy said. The company’s revenues from international sales hit 32 percent of its total sales and the percentage is trending up as management seeks to boost the share to 50 percent from foreign customers, he added.

Increased demand for defense systems also is taking place among nations in Asia that are concerned about a military threat from China, as well as among the Gulf countries in the Middle East that are seeking protection from Iran, Kennedy said. In the United States,  defense spending is up 19 percent year over year, he added.

Bryan Perry, who heads the Cash Machine investment newsletter, has featured Raytheon as a recommendation in Instant Income Trader. In that trading service, Perry recommends long-term equity anticipation securities (LEAPS) call options that he advises subscribers to buy first before they then enter an order to sell a corresponding number of out-of-the-money, very short-term call options on a rising stock. His strategy is to recommend the purchase of in-the-money LEAPS that will be closely correlated to the rise of a stock, while he recommends selling an out-of-the-money call option on the same stock to capture instant income from investors who buy the latter option to take the bullish side of the trade. The strategy offers a way for investors to benefit from the ascent of a high-priced stock such as Raytheon through the LEAPS without needing to pay close to $200 per share.

For investors who prefer to buy and sell common stock rather than trade options, Raytheon is a defense company that is benefiting from increased military spending both domestically and internationally. The 15-percent pullback in its share price between when it closed trading on April 23 and its end-of-day price on June 26 could give investors incentive to buy the shares at a discount amid the uncertainty caused by ongoing talk about tariffs between leaders in the United States and other countries. 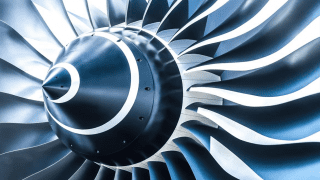 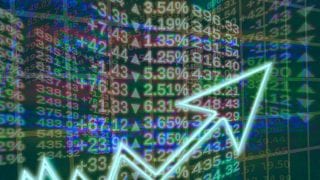 The Difference Between Buying and Selling Put Options