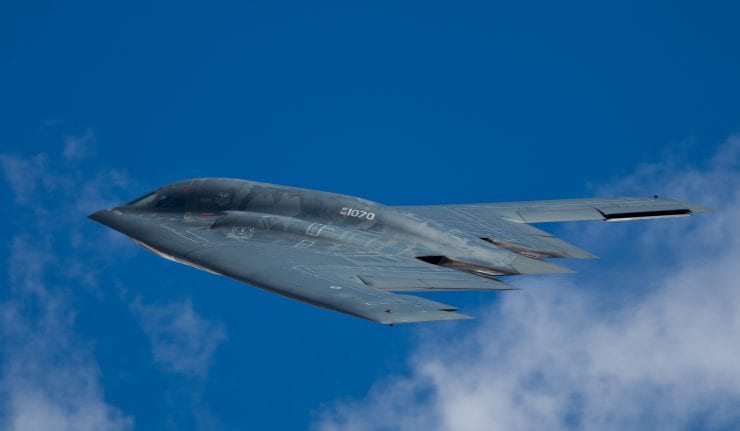 Northrop Grumman offers an intriguing trading opportunity for investors who are seeking to profit from an international aerospace and defense company that has risen 37.8 percent since President Trump’s election on November 8, 2016.

In the wake of new tariff threats by both the United States and other countries since June 8, the company’s share price has pulled back 8.8 percent as of the close of trading on July 3, giving investors a chance to buy shares at a slight discount. In addition, Northrop Grumman is “well positioned” to benefit from increased national defense spending and it faces less cash flow pressure due to pension funding obligations than its industry peers, according to the investment firm Stifel, Nicolaus & Company.

The Fed’s ongoing interest rate hikes, improved relations between the United States and North Korea since their June 12 summit and faltering negotiations among world leaders to pursue fair trade rather than tariffs all have contributed to the recent dip in Northrop Grumman Corporation’s (NYSE: NOC) share price. However, President Trump’s championing of increased defense spending by America and its allies since his 2016 election means that Northrop Grumman, of Falls Church, Virginia, is one of the U.S. aerospace and defense industry companies expected to gain a continuing boost.

The 12-month share-price target of $325 placed on Northrop Grumman by Stifel, Nicolaus & Company’s defense analyst Joseph DeNardi leaves the company with a modest expected upside of 5.23 percent, before including its dividend yield of 1.56 percent. Based on those numbers, the 12-month total return on the stock could reach 6.79 percent.

However, the lack of upward revisions in the company’s revenues and earnings from its operations left investors with little incentive to bid up the shares. The market’s frustration with the absence of enhanced optimism among defense companies in general is “understandable” but also “premature” before concluding growth will not increase, DeNardi wrote in a recent research report.

DeNardi forecasts “more upside potential” than downside risk to its 4 percent growth estimate for Northrop Grumman, not including the operations of recently acquired Dulles, Virginia-based Orbital ATK, which has been renamed Northrop Grumman Innovation Systems.

One factor in Northrop Grumman’s favor is that increased defense spending typically has a lag effect, and it can take a few years for certain government projects to be reflected in a public company’s financial performance. Indeed, 2018 should show some positive effect of the stepped-up defense spending and even more should follow in 2019, DeNardi predicted.

Although DeNardi currently rates Northrop Grumman as a “hold” rather than a “buy,” market veteran Bryan Perry unabashedly is recommending the company in his Instant Income Trader advisory service as a way to pursue profits from short-term share-price swings.

Perry, who also writes the monthly Cash Machine investment newsletter, told me he was undeterred by Northrop Grumman’s recent share-price retreat. He attributed much of the pullback “purely” to end-of-the-quarter repositioning and window dressing by fund managers, who prefer to have the stocks of ascending companies listed among their current holdings.

“The stock is trading near the lows of the last three months, so I’m assuming buyers stepped aside,” leaving a decent-sized seller pushing the stock price down with the portfolio repositioning, Perry explained.

“The company has fantastic fundamentals,” especially with a 19 percent rise in the U.S. defense budget for 2018, Perry said.

In Perry’s Instant Income Trader service, he recommends long-term equity anticipation securities (LEAPS) call options that he advises subscribers to buy first before they then enter an order to sell a corresponding number of out-of-the-money, very short-term call options on a rising stock. His strategy is to recommend the purchase of in-the-money LEAPS that will be closely correlated to the rise of a stock, while he recommends selling an out-of-the-money call option on the same stock to capture instant income from investors who buy the latter option to take the bullish side of the trade. The strategy offers a way for investors to benefit from the ascent of a high-priced stock, such as Northrop Grumman, through the LEAPS without needing to pay close to $200 per share.

Northrop Grumman has been a clear beneficiary of the so-called “Trump effect” that has aided the share prices of defense companies since the president’s election. The recent pullback reflected in the stock chart below shows a short-term blip that Perry said he sees as a trading opportunity for investors to seize upon to profit from Northrop Grumman’s next share-price rise. 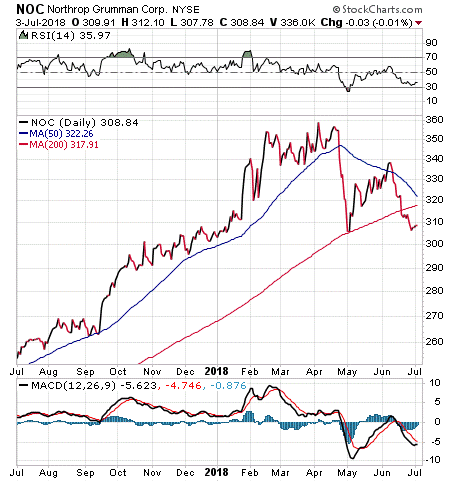 The “Trump effect” includes countries in Europe and elsewhere increasing spending for national defense. For instance, North American Treaty Organization (NATO) members are seeking to boost defense spending to 2 percent of their gross domestic product (GDP) as required under the entity’s bylaws. President Trump has been asking all NATO members to start meeting that obligation.

Northrop Grumman offers a chance for investors to capture both capital appreciation and dividend payments. Its recent pullback could be good timing for those who have been waiting on the sidelines to buy shares or options in the company before its next move up. 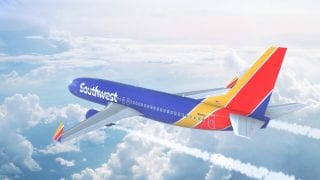 Why Estonia Could be Russia’s Next Target