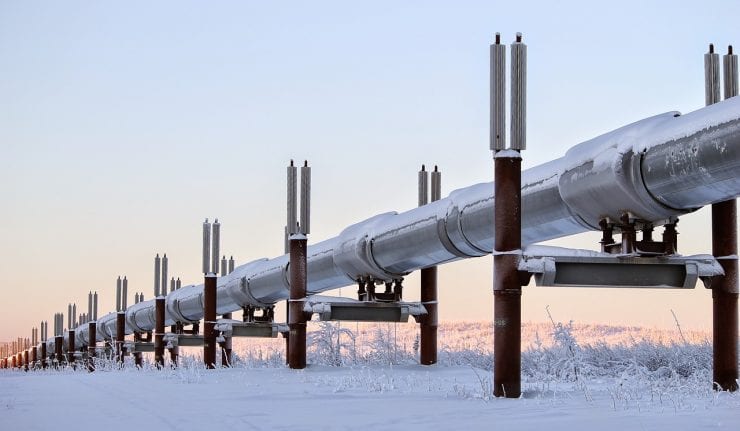 Anyone buying gasoline likely has noticed that energy prices are climbing and that reality has helped to fuel record financial results and a recent rise in the unit price of midstream energy producer Enterprise Products Partners, L.P. (NYSE:EPD), of Houston.

The natural gas and crude oil pipeline partnership beat analysts’ expectations when it recently released first-quarter 2018 financial results and led forecasters to boost their stock price targets for the company. EPD’s stock price has jumped 9.74 percent so far this year and it should go higher amid forecasts of increased economic growth of close to 3 percent in 2018 that likely will spur additional demand.

Two key developments at Enterprise Products Partners emerged during its first-quarter results that were highlighted in an April 30 research report by Stifel, Nicolaus & Company’s Selman Akyol, an energy industry analyst. First, Enterprise Products Partners’ strong quarterly results propelled it significantly toward reaching its goal of self-funding its operations. Second, the company reported that “tight” pipeline, rail and fracking capacity is not expected until the second half of 2019. 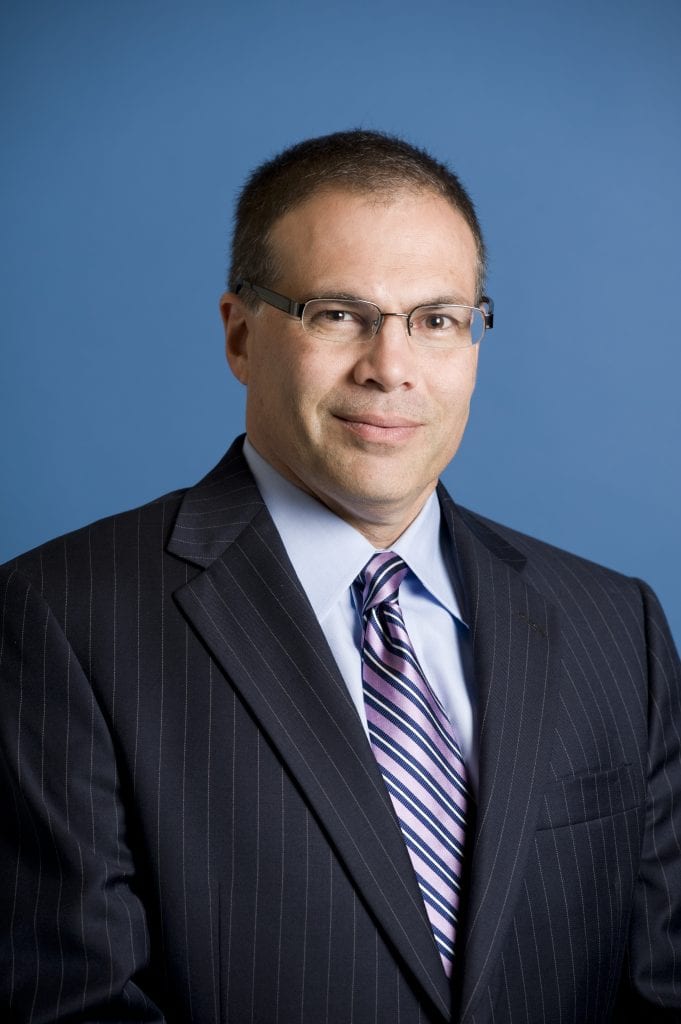 Both are positive for Enterprise Products Partners, which retained $460 million in distributable cash flow during the first quarter. When $177 million in proceeds from the company’s dividend reinvestment program (DRIP), its employee unit purchase plan and Duncan family investment are included, it boosts internally generated equity funding to $635 million.

Enterprise Products Partners’ management refrained from announcing any new projects during its April 30 conference call, but management mentioned potential growth opportunities. The favorable results and outlook led Akyol to boost his stock price target for EPD to $32, up from $30. 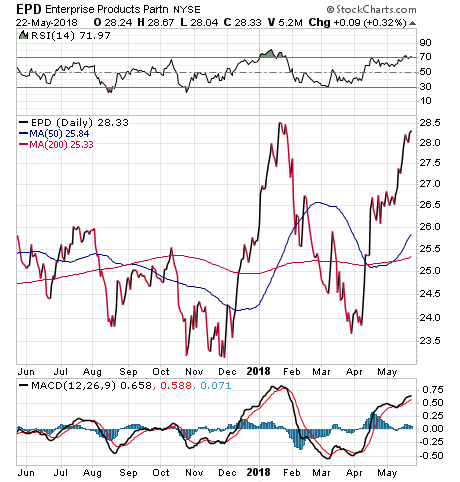 “Enterprise significantly outperformed our 1Q18 expectations and we believe the majority of this should continue forward,” Akyol wrote in his research note.

The most notable contribution to the results came from the company’s Midland-to-Sealy pipeline and its propane dehydrogenation plant, which became commercially operational in 2018, Akyol wrote. Primary risks for the company include rising interest rates, any significant decline in natural gas demand in the United States, a possible dip in international hydrocarbon demand, a potential drop in energy commodity prices and limits in accessing debt and equity capital to fund acquisition and growth projects, he added.

Christine Cho, an energy analyst with Barclays, singled out strong crude and petrochemical and refined products performance for driving the record results in first-quarter 2018. She responded to the results by hiking her share price target for EPD to $30 from $29 a share, based on a 2019 distribution of $1.77 per unit and projected yield of 5.9 percent.

Barclays reported in an April 30 research note that it regards EPD as an “attractive” master limited partnership with diversified cash flows, healthy coverage of its distribution and strong growth through organic projects and acquisitions. Another plus is that the company’s improved financial results currently position it to refrain from issuing any new equity to fund its growth plans. The avoidance of issuing new equity removes the risk of diluting the value of the existing units.

Dr. Mark Skousen, who writes the Forecasts & Strategies investment newsletter, has been recommending Enterprise Products Partners consistently and profitably since 2009. The stock has risen more than 78 percent since then and the dividend-enhanced total return is above 155 percent.

For investors who want to profit from rising energy prices, Enterprise Products Partners and its pipelines offer a way to do so. When its current yield of 6.45 percent is factored into the decision, the appeal of receiving both capital appreciation and income is strong, indeed.