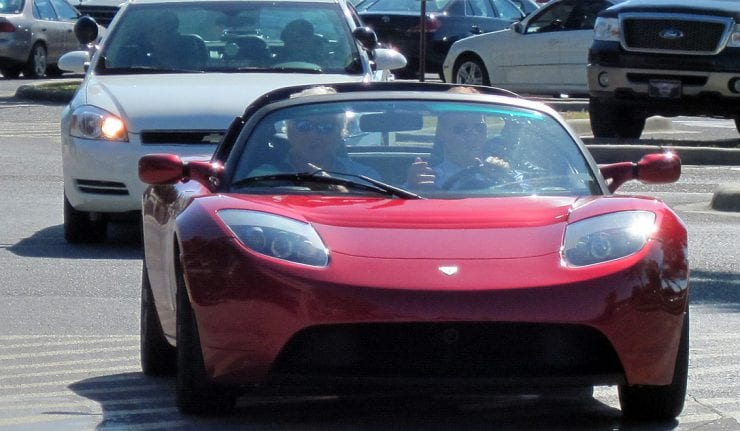 Tesla’s outlook is improving with the recent announcement of a new, lower-priced Model 3 car for $45,000, a potentially stronger-than-expected third-quarter cash flow that may pressure short sellers betting the car maker’s share price will fall and launch of a new online order page aimed at simplifying the sales process for buyers.

Despite the share price of Tesla Inc. (NASDAQ:TSLA) initially falling after it unveiled plans on Oct. 18 to introduce a mid-range, $45,000 Model 3 rather than the $35,000-version previously promised by its CEO Elon Musk, the company may well turn a third-quarter profit that could catch short sellers off guard. Ironically, the Securities and Exchange Commission (SEC) forced Musk to give up his role as Tesla’s chairman for the next three years and to pay $20 million fine that will be matched by the company to compensate investors “harmed” by his tweet about having funding to take the company private.

Tesla bull ARK Invest praised the mid-range, rear-wheel drive Model 3’s introduction, the car’s capability to accelerate from 0 to 60 mph in 5.6 seconds and travel with a range of 260 miles per charge for just $45,000 — before any incentives. While Tesla critics seemed to conclude demand for the high-end Model 3 had been saturated to necessitate the mid-range car’s advent, Tesla is following a “well-orchestrated strategic plan,” Ark Invest opined.

The addressable market for a mid-range Model 3 with a $45,000 price tag should be twice as large as for a high-performance version of the Model 3 priced at $65,000, Ark Invest concluded. Top trade-ins for buyers of the long-range Model 3 have been the Toyota Prius, the BWM 3 Series, the Honda Accord, the Honda Civic and the Nissan Leaf, even though all are sold for less money.

The expected 260-mile range of the mid-range Model 3 is $20,000 less than the price of Tesla’s top-range version that is estimated to travel 310 miles on a single charge. A promised $35,000 base Model 3 with a standard electric battery that has yet to begin production is forecast to be ready for delivery in four to six months, with a range of 215 to 220 miles.

A more surprising supportive view of Tesla came from long-term short seller Citron Research, which released a statement on Oct. 23 indicating that has reversed course and taken a long position in Tesla after its latest analysis and “due diligence” found the Model 3 is a “proven hit.” Many previous “warning signs” have proven not to be significant for Tesla, Citron Research opined.

While the media have focused on Elon Musk’s “eccentric, outlandish and, at times, offensive behavior,” it has failed to notice the disruption of the auto industry that is currently being “dominated” by Tesla, Citron Research announced. With Tesla’s Model 3 leading the mid-size luxury car class, its Model S has become the largest seller in the large luxury car market.

Investors took note and bid up Tesla’s stock price $33.19, or 12.72 percent, to close on Oct. 23 at $294.14. Even though Tesla reported a record $743 million loss in the second quarter of 2018, Musk has offered guidance that the company will turn a profit in the third quarter when it announces results on Oct. 24, more than a week earlier than originally planned. 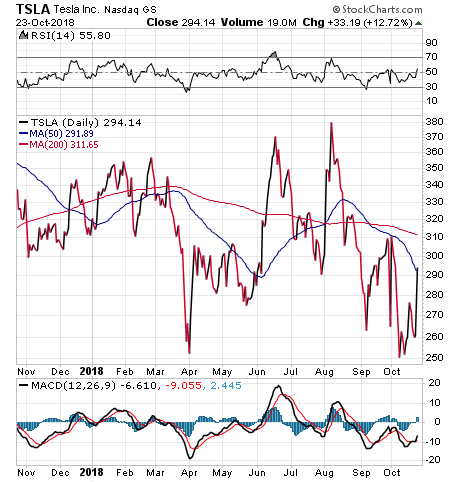 One auto industry analyst who “underweights” Tesla shares but is forecasting the company will turn a third-quarter profit is Barclays’ Brian A. Johnson. He affirmed his $210 a share price target for the electric auto maker on Oct. 23 in a research note.

Barclays is forecasting a 13-cent non-Generally Accepted Accounting Principles (GAAP) profit, but not a GAAP profit, in the third quarter. Tesla’s increased production led to a boost in Barclays’ earnings estimate, the research note added.

The reduced price for the mid-range Model 3, compared to the top-range version, may result in “just some minor cannibalization” of sales for the more expensive vehicle,  said Hilary Kramer, whose Value Authority investment advisory service has notched double-digit percentage profits in its last six closed trades.

“Next year, the company is scheduled to introduce a Model 3 at a $35,000 price point, and that could be interesting,” added Kramer, who currently is not recommending Tesla or any auto manufacturer, following her recent advice for subscribers of her Turbo Trader and Inner Circle advisory services to sell Ford Motor Co. (NYSE:F).

Dr. Mark Skousen, who heads the Forecasts & Strategies investment advisory service, has recommended the technology-focused ARK Innovation (NYSE:ARKK) fund profitability but set stop losses this month to protect the double-digit-percentage gains of his followers due to ARKK’s ownership of Tesla as its top holding. He reported that the first stop loss price of $42 was hit by ARKK and he had advised selling half of the ARKK shares, while setting a second stop loss at $40. 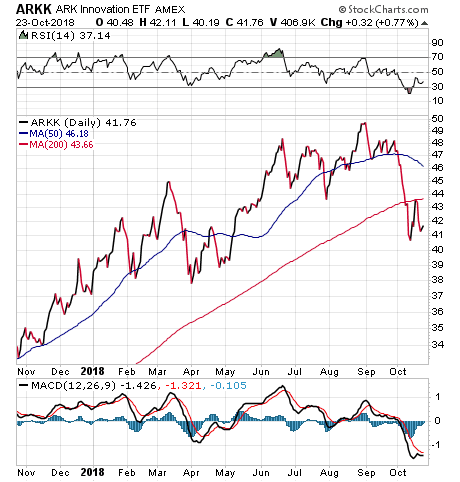 Forecasts & Strategies gained acclaim for producing a 64.1 percent return for its clients who were advised to invest in Ford in December 2009 and hold through January 2011 as the vehicle manufacturer overcame financial fallout. No automobile manufacturers are among Skousen’s current recommendations.

Criticism from short sellers has frustrated Musk but the conversion of Citron Research to go long in the stock is a testament to Tesla’s growing sales and production.  If the Silicon-Valley-based company produces a third-quarter profit and convinces investors and financiers better days are ahead, Tesla could become known for more than having a CEO who recently appeared on a public podcast with a comedian to smoke a joint, drink whiskey and talk about his lofty entrepreneurial plans. Plus, Tesla now allows online purchases to make its cars among the easiest to buy in the industry. 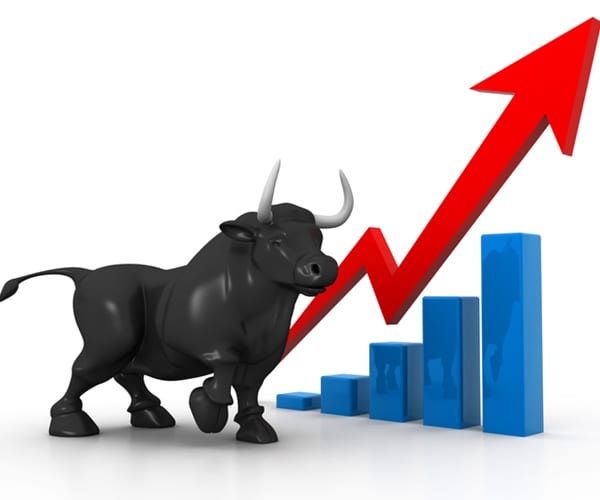 Dividend investing expert Bryan Perry explains why we may have seen the bottom of this market slowdown.