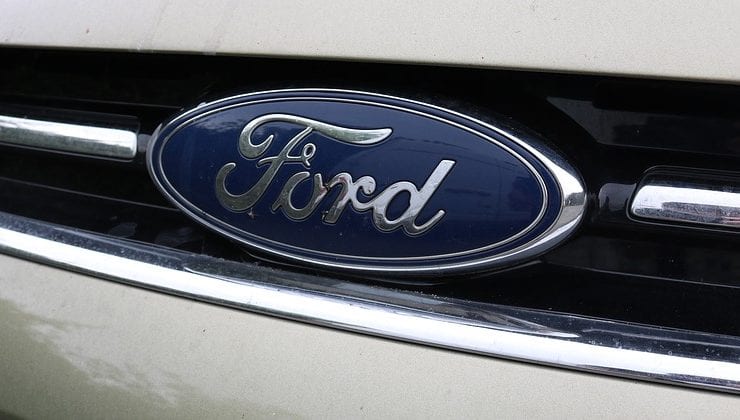 A Ford-Volkswagen alliance to develop vehicles potentially could aid each iconic auto maker to enhance their efficiency and to help them compete with Elon Musk-led Tesla Inc. (NASDAQ:TSLA) and other manufacturers seeking to serve the self-driving and electric car markets.

Ford Motor Company (NYSE:F) and Volkswagen Group (OTCMKTS:VLKAF; VOW.DE) reportedly have been engaged in talks for months to form an alliance but such an arrangement also could grow beyond collaborating on vans and other commercial vehicles. Both companies have faced daunting challenges in recent years and finding a way for each to share the cost of developing new vehicles could be critically important in helping them to survive a potential industry shakeout.

A Ford-Volkswagen alliance aligns with the goals of each company’s management to invest heavily in self-driving and electric vehicles. Ford announced earlier this year that it intends to spend $11 billion by 2022 on vehicle electrification projects, while Volkswagen reported it will devote almost €44 billion, or $53.5 billion, to e-mobility, autonomous driving, new mobility services and digitalization in vehicles and at plants through 2023.

It is no secret that auto companies are especially vulnerable during economic slowdowns, since consumers often delay the purchase of new or even used vehicles during such times. The management at both Ford and Volkswagen are seasoned and each company is seeking ways to pare down costs where possible to fund research and development in future growth.

Nonetheless, Ford also is offering its shareholders a dividend yield of more than 6 percent that could appeal to income investors. The company currently pays a $0.15 quarterly dividend and sweetened it by providing a $500 million supplemental cash dividend — or $0.13 per share — in the first quarter for a combined $0.28 per share payout.

Founded in 1903, Ford claims to be the world’s biggest van manufacturer and touts its F-150 pickup as the best-selling vehicle in America for the past 32 years. To maintain its competitive advantage with the F-150, Ford in 2015 debuted a new “high-strength steel frame” and a military-grade aluminum body to boost the pickup’s durability while also cutting its weight by 700 pounds.

The concept of reducing a vehicle’s weight to enhance fuel efficiency is something that my late Uncle John, a former Ford engineer, explained to me when I was a boy growing up in Michigan in the hotbed of American automobile manufacturing. The aluminum alloys played a key role in transforming the F-150 into a lighter and stronger pickup, as well as a more capable one.

Ford previously indicated it does not need a van partner, in contrast to most other commercial vehicle manufacturers in Europe, since its sales volume gives it sufficient scale.

Ford and VW previously teamed up to produce the Galaxy/Sharan minivan, so such collaboration between the companies is not unprecedented. Automotive News speculates that VW management may have interest in using the Ford Ranger, Europe’s best-selling one-ton pickup, as the basis to replace the German company’s “expensive” Amarok pickup, which launched in 2012.

A market observer who likes the idea of a Ford-Volkswagen alliance or merger is Jim Woods, editor of Successful Investing and Intelligence Report, who regards autonomous electric vehicles as the “next iteration” of the automobile.

“For a ‘car guy’ like me, this is actually a sad development nostalgically,” Woods told me. “However, from a business perspective, VW and Ford getting together on this technology is a good move for both entities. I suspect that if the initial collaborations are successful, we could see a full-blown merger over the next two to three years.”

“Both car companies are struggling; a merger may be a good idea,” said Dr. Mark Skousen, who heads the Forecasts & Strategies advisory service. He recommended Ford in that advisory service when the company’s share price soared 64.1 percent between December 2009 and January 2011 as it thrived under the leadership of then-CEO Alan Mulally, who retired from the automaker on July 1, 2014.

Hilary Kramer, who in recent months recommended the sale of Ford to subscribers of her Turbo Trader and Inner Circle advisory services, currently not is recommending any auto makers, but she continues to track the companies. Ford merging with VW would help, but it is not a cure all and still may not sway nervous investors who are steering clear of auto stocks due to fear of a recession that would hurt sales, she said.

Both firms could contribute their strengths, cars for VW and trucks for Ford, to enhance efficiency and remove capacity out of the industry, Kramer added.

“Buying auto stocks with credit spreads widening steeply, like they are now, is a risky proposition,” said Kramer, whose Value Authority investment advisory service has achieved double-digit-percentage profits in its past six closed positions.

Brian A. Johnson, an auto analyst with Barclays, expects an alliance soon but favors an ultimate merger in the years ahead. Ford and VW combining would create “significant additional benefits” by allowing the companies to target high return segments and shed others just needed for scale, he added.

However, a merger is unlikely for several years, at least until Ford finishes its probable European and Latin American downsizing, Johnson wrote in a recent research note. Nevertheless, he opined the likelihood of an alliance and eventual merger leaves him incrementally positive on both VW and F.

Ford-Volkswagen Alliance Could Preserve Capital for Both Companies

Ford stayed profitable during its third quarter, but its revenue only rose 3 percent from the same quarter a year ago, while both net income and company adjusted earnings before interest and taxes slipped from the year-ago period, mainly due to challenges in China. In North America, Ford delivered an 8.8 percent EBIT margin, aided by more than $1 billion of improved product sale mix from a shift toward utilities and trucks, as well as high-end trim models.

The company is progressing in changing Ford to be far more competitively fit, disciplined in capital allocations and nimble to adapt to a fast-changing world, said Jim Hackett, Ford president and CEO.

Ford’s adjusted Q3 EBIT was driven by the North America business, with nearly $2 billion of EBIT, an improvement of $136 million year over year, despite lower volume and higher commodity costs, aided by its F-Series, record transaction pricing for its Super Duty and higher sales of SUVs. In the United States, Ford trucks and SUV sales totaled 482,512 vehicles to rise 2.8 percent from the same quarter of 2017. F-Series average transaction prices increased by $858 per truck, compared to a year ago, to $46,224. The company also has $23.7 billion in cash and $34.7 billion in total liquidity. 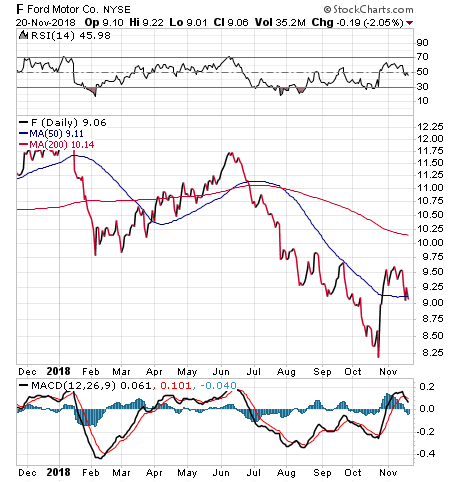 Worldwide, around 630,000 Volkswagen Group employees produce some 43,000 vehicles, are involved in vehicle-related services or serve in other roles at the company, which sells its vehicles in 153 countries. Despite VW’s global reach, its management opined aligning with Ford would allow both to “complement each other” in both products and regions.

Despite the joint development and manufacture of light commercial vehicles as the main focus of ongoing talks, Volkswagen reported that its Supervisory Board also consulted on further “groundbreaking future projects” at its meeting on Friday, Nov. 16. The discussions are “progressing positively” so far, according to VW.

Volkswagen expects “significant synergy” that will reduce costs or enhance performance with increased scale. Ford and Volkswagen, however, will remain competitors, since the proposed cooperation currently would not include commercial, marketing or pricing strategies.

The final collaborative arrangements between Ford and Volkswagen should help each company significantly. Expect any alliance to go beyond commercial vehicles and include big investments in self-driving cars to focus the best engineering minds at each organization on the technologies that will determine which automakers survive and operate profitably in the years ahead.