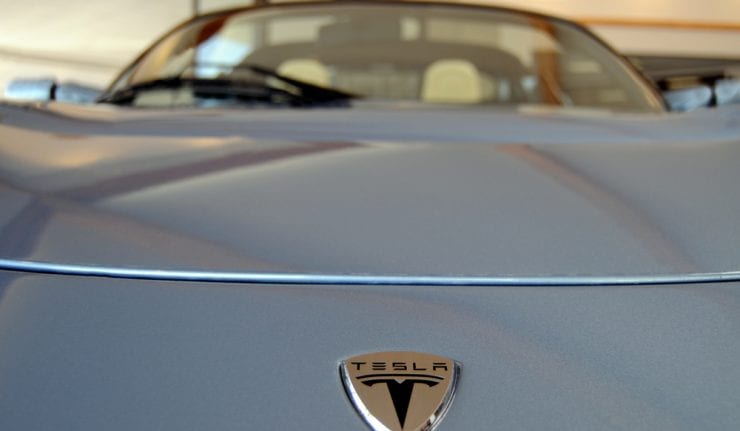 Tesla’s value dropped $10 billion in the past week to hit an 18-month low on Oct. 8, after the auto manufacturer’s CEO Elon Musk mocked the Securities Exchange Commission (SEC) with a sarcastic tweet and a major short seller compared the electric car company to Lehman Brothers before the investment bank failed.

Musk tweeted on Oct. 4 that the “Shortseller Enrichment Commission” is doing “incredible work’ and described his new nickname for the SEC as “so on point” after the agency required Tesla Inc. (NASDAQ:TSLA) and him each to pay $20 million in fines that will be distributed to investors the agency claimed were harmed. Greenlight Capital President David Einhorn, one of Tesla’s most vocal short sellers, pushed Tesla’s share price down further on Oct. 5 with his investment firm’s third-quarter update that called Musk’s behavior erratic and blasted the auto maker for “deceptive” actions that will “catch up” with it, just “like Lehman.”

Tesla’s value has taken a beating in recent months, following several controversial tweets from Musk, his public podcast appearance in which he smoked weed and drank whiskey with comedian Joe Rogan and a lawsuit filed by the SEC prior to a Sept. 29 settlement that also required him to step down as the company’s chairman.

Shares of Tesla electric car competitor, Nio Inc. (NIO.N), of China, soared 22 percent on Oct. 9 after Baillie Gifford & Co. a Scottish partnership and major shareholder of Tesla, reported in an SEC 13G filing that it had amassed an 11.4 percent stake in the Asian company that listed its shares on the New York Stock Exchange on Sept. 12. Tesla’s share price rose 4.89 percent on Oct. 9 to close at $262.80.

Other than Musk himself who owns roughly 20 percent of Tesla’s shares, Baillie Gifford & Co. is the California-based car company’s next largest shareholder with a 9 percent stake. The U.K. investment firm waited for Nio;s share price to plunge from its all-time high of $13.80 on Sept. 14, just two days after its initial public offering (IPO) day, Sept. 12, to more than double its offering price of $6.26 a share to raise $1 billion.

Nio plans to build cars for the Chinese market first, then pursue market share in highly competitive Europe and the United States. In contrast, Tesla not only already is building vehicles but has turned its Model 3 into one of the most popular mid-size cars in North America, based on recent sales data.

Tesla’s value fell on Oct. 8 to its lowest level since March 2017 before rising with Nio on Oct. 9 as Baille Gifford & Co. validated the potential in electric cars with its big investment in the Chinese company. Musk has been offering guidance that Tesla will become cash flow positive when it reports third-quarter results in the weeks ahead but Einhorn predicted the electric car company’s financial results would deteriorate thereafter. He added the “brand is in trouble.”

“The blocking and tackling of the Model 3 rollout is leaving customers unhappy,” Einhorn wrote. There have been lots of reports of delivery snafus and poor-quality cars. There are anecdotes about Tesla accepting full payment of cars and not delivering them. There are many stories of cars (even Model S and Model X) in services shops for months for lack of spare parts.”

Musk considered taking Tesla private to avoid the short sellers’ persistent verbal digs before opting to keep the company public after consultation with his board of directors and financial advisors such as Goldman Sachs (NYSE: GS).

SEC sued Musk on Friday, Sept. 28, for his series of Aug. 7 tweets about taking the company private in a multi-billion transaction at $420 a share for a “substantial premium” of more than 20 percent above the company’s then-current share price. The settlement resolved the lawsuit but Musk continues to voice frustration with short sellers who profit when Tesla’s stock price plunges. 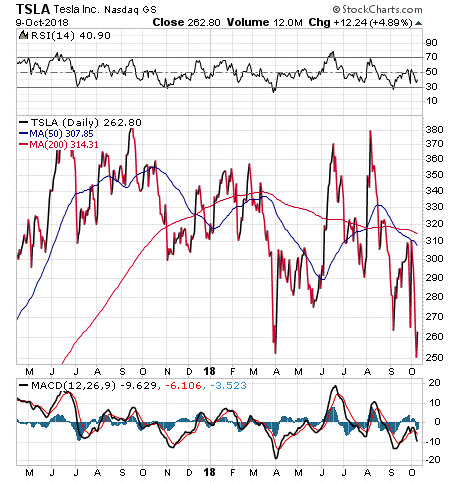 Tesla stock has been on a roller-coaster ride in recent months, partly due to whatever Musk is tweeting or doing to stay in the headlines. Wall Street observers who provided feedback to me do not expect Musk’s creative but biting quips about the SEC to derail his settlement with the regulator.

“While Mr. Musk’s eccentric statements continue, I do not think his latest fiasco will jeopardize the agreement, because it is just a nasty remark,” said Hilary Kramer, who leads the Value Authority advisory service that has notched double-digit percentage profits in its last six closed trades. “He is not making misrepresenting statements about Tesla or its finances. The SEC does not want to look vindictive and wants to put this matter to an end. Earnings will be the next key event for the company and, given the bears seem to be in charge now, they really need to be stellar.”

“Given the recent erratic comments and behavior from Musk, Tesla bulls are going to need to see some real numbers when the company reports Q3 results,” said Jim Woods, editor of Successful Investing and Intelligence Report. “No one has been a bigger defender of Musk’s vision and genius than me, but the numbers need to be there or TSLA is in trouble.”

Tesla’s Value Plunges and Puts a Drag on ARKK

Dr. Mark Skousen, who heads the Forecasts & Strategies investment advisory service that profitably recommends ARK Innovation (NYSE:ARKK), this week put a stop loss on the fund to avoid losing a double-digit-percentage gain. Tesla remains ARKK”s largest holding. Skousen has advocated for ARKK to drop Tesla from its portfolio and he recently opined the electric car manufacturer’s debt level is “insurmountable.” 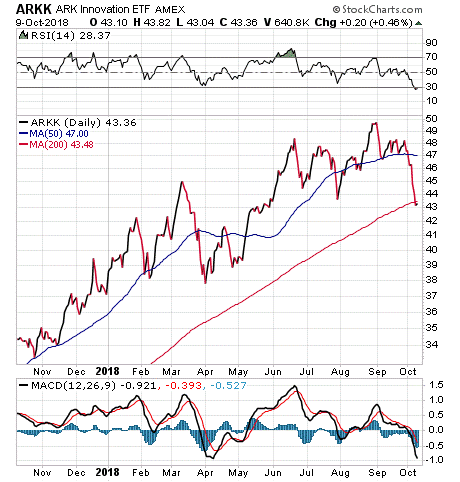 Forecasts & Strategies produced a 64.1 percent return for its clients with an investment in Ford Motor Co. (NYSE:F) between December 2009 and January 2011 when the vehicle manufacturer overcame financial distress, but no automobile manufacturers are among its recommendations now.

Kramer also is not recommending any auto stocks right now, after recently advising the sale of Ford to subscribers of her Turbo Trader and Inner Circle advisory services.

“There has been 1.2 million shares of short covering over the last week as short sellers begin to take profits,” said Ihor Dusaniwsky, managing director and head of predictive analytics at S3 Partners, LLC, a financial analytics firm.

Despite Musk’s dislike of the short sellers, their tactics and negative talk about Tesla, the best response would be to meet financial guidance and production goals in the third quarter and beyond. 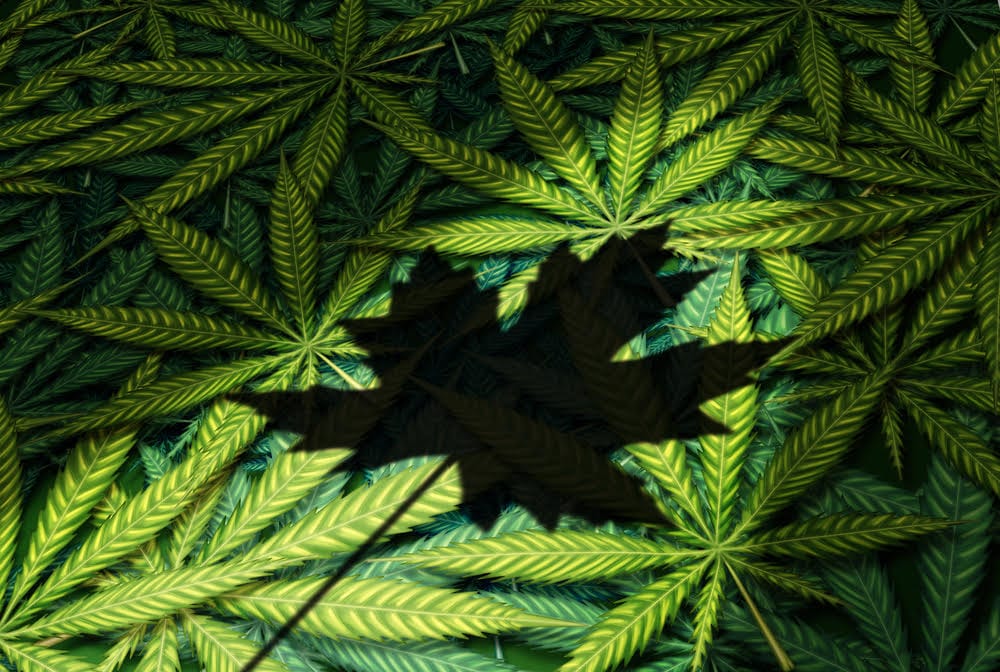 Medical marijuana might be a hot stock sector in the future and Bryan Perry suggests a leading U.S. contender.