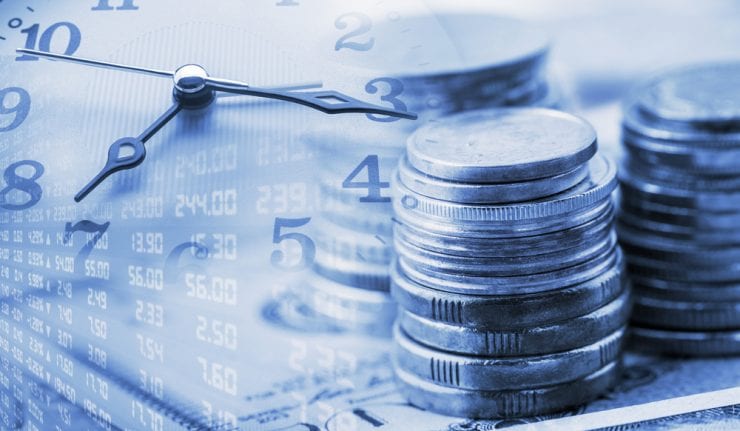 Last week’s Federal Open Market Committee meeting came and went as most Fed watchers had expected, with the exception of one caveat. While it had been almost universally understood the Fed would leave short-term interest rates unchanged, it was the policy statement issued thereafter that caught Wall Street off guard — happily off guard to be exact.

Within the policy statement, the word “patience” was used no fewer than eight times to describe the “new normal” for the Fed’s road map ahead. The statement also cited weaker macro conditions outside the United States that could negatively impact GDP (gross domestic product) growth over the course of 2019 and also placed more risk weighting on the second half of they year. China has seen its Purchasing Manufacturers Index (PMI) decline for two straight months and Italy is now officially in a recession after its GDP growth remained negative for two straight quarters. 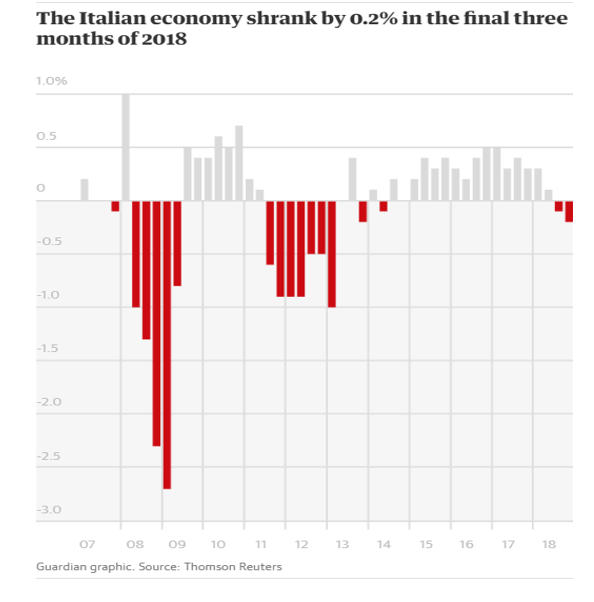 There is also the prospect of the March 29 Brexit from the European Union that could provide some upheaval in the financial markets if there is a smooth transition deal that eventually leads to a “hard Brexit” exit. Toss in the possibility of a second government shutdown and the March 1 deadline for tariffs on Chinese imports to rise to 25% from 10% if no deal is cut between Presidents Trump and Xi — and it makes perfect sense for the Fed to just sit tight and let events unfold.

Against this backdrop, bond yields fell, the dollar fell and stocks rose sharply. It was as if the Fed governors turned into a flock of doves and flew over Wall Street while dropping $100 bills. The S&P 500 added almost 3% over the next 24 hours as investors began to digest just what the Fed exactly did for the stock market — which was to wave a green flag so the stocks could be off to the races. The 10-year Treasury has seen its yield fall from 3.22% back in November to 2.69%. And from the chart below, it looks like 2.55% will be the new yield very soon. 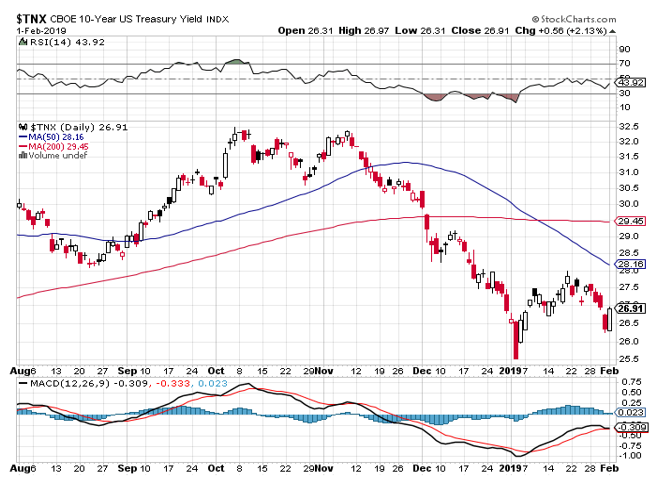 The real silver lining in the Fed’s move to “neutral” was to bring the appeal of bond and bond equivalents back into fashion. Whether they be mortgage REITs (real estate investment trusts), brick and mortar REITs, preferred stocks, convertible bonds, corporate bonds, utility stocks and most every sub-sector of the high-yield space — they all rallied in tandem as Treasury yields fell hard on the news.

If the Fed is in fact going to sit out the rest of the year in terms of raising interest rates, it is going to bring plenty of capital back into the riskier high-yield asset classes that offer dividend yields in excess of 8.0%. Just as investors were waiting for yields on money markets, CDs, and treasury bonds to get back up to competitive levels, the Fed pulled out the stool from under them and basically said, “that’s all you’re going to get for now, folks.”

The other bonus for income investors is that energy prices rallied 20% during January with WTI crude now sitting above $55/bbl. So, it’s full steam ahead for Business Development Companies (BDCs), Junk Bond Closed-End Funds, Master Limited Partnerships (MLPs), high-yield preferred stocks, high-yield convertible bond funds and all manner of REITs that pay yields up to and above double-digits.

It’s a magic moment for high-yield portfolios like my Cash Machine high-yield advisory. The current model portfolio sports a blended yield of 9.05% spread among 24 holdings. With the 10-year Treasury paying 2.69%, five-year CDs paying 3% long-term corporate bonds paying an average of 3.65% and money markets paying 2.45% — a portfolio with Fed-produced tailwinds paying 9% is just fantastic.

Take a tour of Cash Machine and give your 2019 income stream a huge catalyst of higher yield and greater cash flow. Income investors don’t have to fight the Fed anymore as they have been given the “all clear” sign for the year ahead. Since it’s still early in this rotation back into high-yield assets, the individuals that act now will not only lock in some juicy yields, but they will also enjoy some capital appreciation that coincides with the money flow that is going after high yields. The table is set. All investors need to do is pull up a chair. 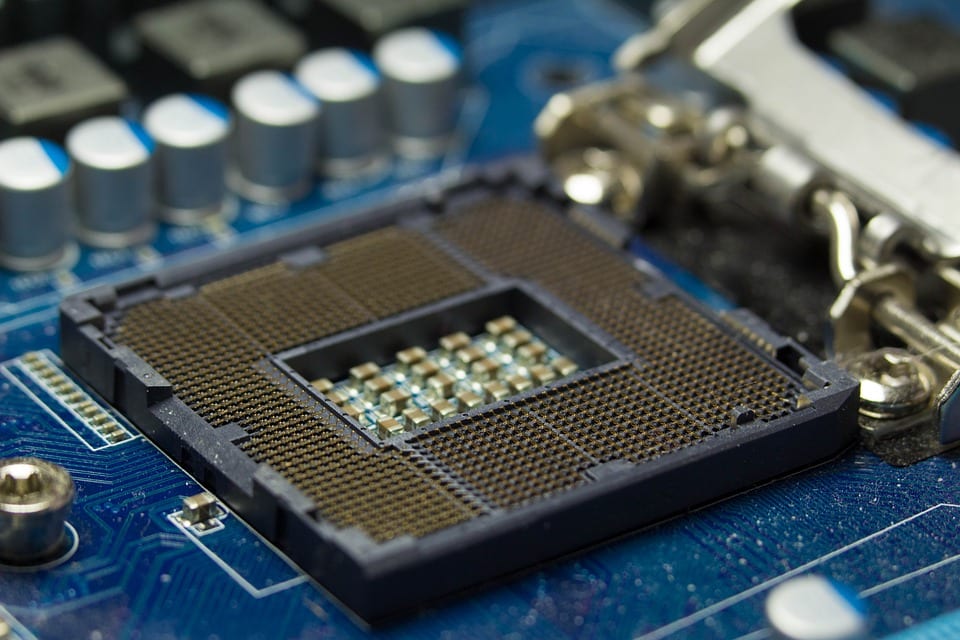 Despite a growth slowdown, the Intel Corporation’s (NASDAQ:INTC) stock might have the potential to return significant gains over the medium- and long-term time horizons. During the trailing 12 months, the company has beaten Wall Street analysts’ earnings per share (EPS) consensus estimates every quarter. The company released its financial results for the fourth quarter and full-year 2018 on January 24, 2019. In the last quarter of the year, Intel’s revenues increased 9% to $1.8 billion