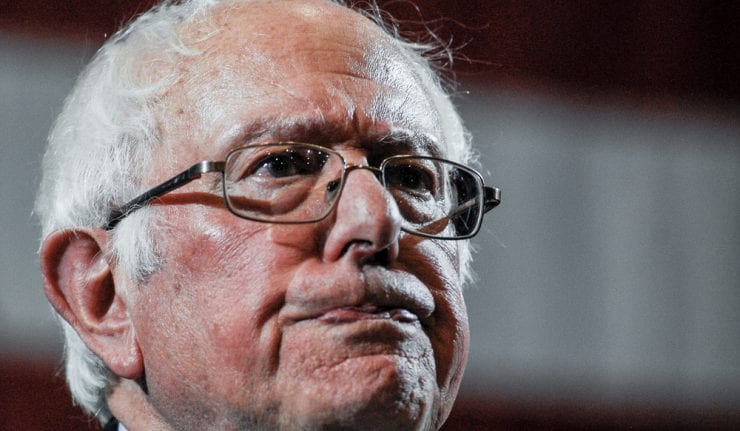 You know who my favorite capitalist poster boy is these days?

No, it’s not Amazon’s (NASDAQ:AMZN) Jeff Bezos or Facebook’s (NASDAQ:FB) Mark Zuckerberg or former Cypress Semiconductor (NASDAQ:CY) CEO T.J. Rogers. (Okay, T.J. is actually my favorite, but please suspend that thought for just a moment for the purposes of this article.)

My favorite example of a true capitalist poster boy these days is Bernie Sanders.

Yes, I realize that the Vermont Senator and 2020 Democratic presidential frontrunner made his bones with a large segment of American voters by constantly fulminating about the unfairness of capitalism and why it should be replaced by what he calls “democratic socialism.” I also realize that Sen. Sanders did something quintessentially capitalist — which vaulted him firmly into “millionaire” status.

That was the leadoff paragraph from a story by Peter Suderman at Reason.com titled, “Bernie Sanders Is a Millionaire. That’s Great!” I highly recommend this article, as it nearly perfectly mirrors my thoughts on why Bernie Sanders is a quintessential example of how one gets rich in America.

As Suderman explains, much of Sanders’ newfound wealth comes from sales of his best-selling book, “Our Revolution,” a tome about his experiences during the 2016 presidential campaign. The book’s royalties earned Sanders some $885,000 in 2017, according to Sanders’ own 2017 Senate financial disclosure forms.

You see, unknowingly, the democratic socialist revealed what capitalism is all about, i.e. the producing of a good or service at a cost below what consumers are willing to pay for it, and that results in a hefty profit for its creators.

Here’s how Suderman expertly frames it:

“Sanders spent years building himself and his name into a successful national brand by identifying and filling a relatively unique niche in the market for national politics. Based on the success of that brand, he then negotiated a deal with a publisher to bring a product — his book — to market. The product sold well, and Sanders, who had invested a significant amount of personal time in conceiving and producing the product, reaped the financial rewards. Now he’s better off, and I suspect that he, at least, would argue that the people who bought his book are better off too. Everyone wins.”

The concept that “everyone wins” here is spot on, although philosophically the adoption of the ideas inside the Sanders book are not, in my opinion, a winning prescription for America. Yet the content of what Bernie is saying isn’t relevant to my point, or to Suderman’s point.

It is the principle of entrepreneurship, the creation of a product, the putting of that product out there for consumption and the adoption of that product by a significant customer base that is the essence of capitalism.

As Suderman puts it, “Sanders, in other words, was acting as an entrepreneur, a person who made something new in the world, something for which there turned out to be considerable market demand. And Sanders clearly feels no shame about earning a large return on his labor as a result.”

Nor should Sanders feel shame. In fact, he should feel proud of what he’s achieved, as becoming a best-selling author is no easy task.

Of course, what this should teach Sanders is that those dastardly “millionaires and billionaires” in America he loves to rail against are, as a general rule, just people who have figured out how to make something new in the world that people are willing to pay for. Yes, there are many crony capitalist exceptions to this general rule, but their existence doesn’t invalidate the general rule.

Suderman closes his piece with this brilliant observation:

“…I think it’s genuinely great that Bernie Sanders is a millionaire, and that in becoming a millionaire, our nation’s most well-known democratic socialist politician has, however inadvertently, started defending one of the core tenets of capitalism — that if you come up with an idea for a product, make that product a reality in the world, and sell it to lots of willing buyers, it’s perfectly just and reasonable for you to earn a lot of money as a result.”

Now, in a just and reasonable world, Bernie Sanders would see the irony in what’s taken place, and perhaps become a bit more sympathetic to capitalism and its bountiful consequences — but don’t count on it.

After all, hatred of the rich and successful is just too effective a marketing tool to abandon now, especially with a presidential election coming up.

In case you missed it…

I Got Those Low Down, April 15 Blues

So, did it sting this year more than ever before? Did you get hit with an unexpectedly bigger tax bill? I know I had to pay just a little bit more to help fund the federal leviathan this year, and I’m not alone.

According to the Internal Revenue Service statistics, the average tax refund is down 8.7 percent from this time last year. That readjustment has come after the biggest tax law changes in decades. While the IRS doesn’t offer figures about what people owe, I think it’s safe to assume that many Americans have been hit with an unexpectedly higher tax bill than they’ve seen in many years.

So, since all of our tax payments are due in less than a week, I thought I’d offer up a few thoughts and suggestions (both serious and musical) on the subject.

Now, you might argue that taxes are just the price we pay for society. But as my friend, economist extraordinaire and Fast Money Alert co-editor Dr. Mark Skousen writes, “Taxation is the price we pay for failing to build a civilized society. The higher the tax level, the greater the failure. A centrally planned totalitarian state represents a complete defeat for the civilized world, while a totally voluntary society represents its ultimate success.”

The profundity here should be obvious to anyone who has even a passing acquaintance with the principles of liberty. And while the idea of a “voluntary society” may seem foreign to those of us who’ve lived most of our lives in post-New Deal America, all one needs to do is dig a bit deeper under a surface that says, “Well, that’s just the way it is.”

Another beautiful advocate for freedom is philosopher and novelist Ayn Rand. While Rand is most famous for her two masterful works of fiction, “The Fountainhead” and “Atlas Shrugged,” she also wrote brilliant non-fiction, particularly in the realm of principled politics and the way a free society should be funded.

Here’s an excerpt from Rand on the subject of voluntary society from her essay, “Government Financing In A Free Society”:

“In a fully free society, taxation — or, to be exact, payment for governmental services — would be voluntary. Since the proper services of a government — the police, the armed forces, the law courts — are demonstrably needed by individual citizens and affect their interests directly, the citizens would (and should) be willing to pay for such services, as they pay for insurance.”

Rand was of the opinion that the principle of voluntary government financing, while not an easy task to implement, is the only consistent and moral way to structure a free society’s funding. Of course, the key here is establishing a “free society,” i.e. a society where government plays only a minor role in the lives of its citizens.

We’re far from that today, sadly, and we all realize that every April 15. Yet the necessary, although not sufficient, condition for getting that change started is to first realize that the principle of confiscatory taxation backed up by the government’s monopoly of physical force is inconsistent with, and anathema to, freedom.

Okay, so much for the political philosophy portion of our program. Now let’s have a little April 15 musical cheer to lighten things up.

As you likely know, there are a lot of good “tax songs” in music history. Perhaps the most famous is “Taxman” by The Beatles. Here’s my favorite lyric from the classic:

If you drive a car, I’ll tax the street

If you try to sit, I’ll tax your seat

If you get too cold, I’ll tax the heat

If you take a walk, I’ll tax your feet…

Other great tax songs include “Success Story” by The Who. Here are my favorite lyrics:

Away for the weekend

Six for the tax man, and one for the band…

And then there are these great lyrics from country icon Johnny Paycheck and his tune, “Me and the IRS.”

Well how can I keep my arm around my woman

With Uncle Sam’s hand in my pants

If I can’t pay the fiddler, how the hell am I gonna dance?

Now if that lyric didn’t give you a little smile this tax season, I don’t know what will.

I am a big music fan, and I love a clever lyric. Here, Americana/folk artist Todd Snider offers up some great advice on life in this condensed lyric. That’s because life is replete with doubt, but hope is a much more powerful notion. And though we all will meet our demise, we can and should always metaphorically play our music loud enough to wake up all our neighbors. Translation: we should always speak our minds and let our voices be heard. For me, living anyway else just seems like an incomplete mission. 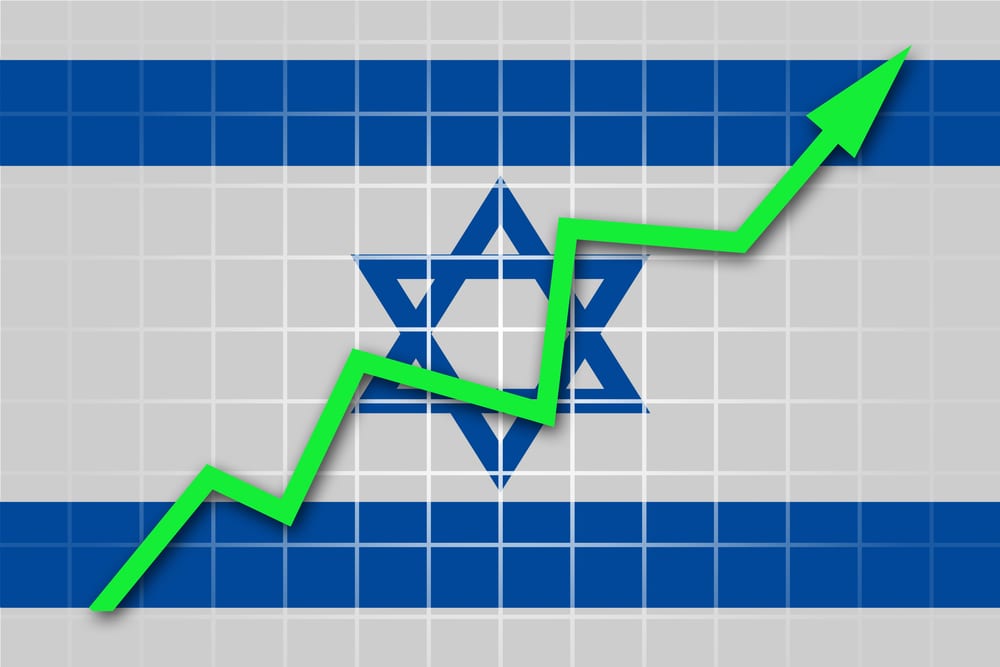 This exchange-traded fund focus on Israeli tech companies that could emerge as major players in the industry,