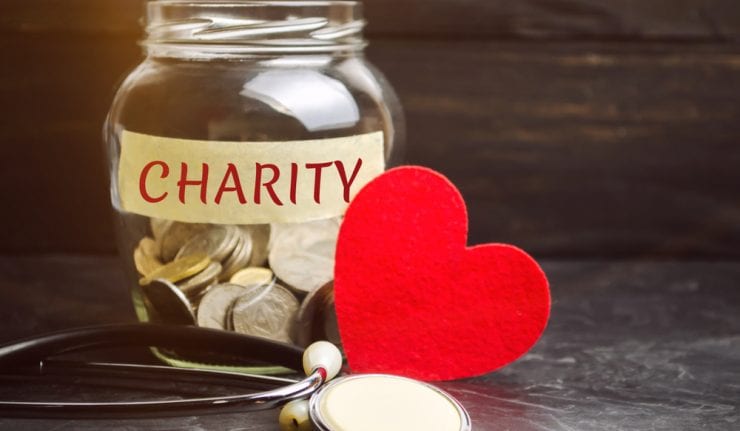 Qualified Charitable Distributions (QCDs) not only allow donors to give money to good causes, but also are among the key ways to receive hefty tax breaks.

Such qualified charitable distributions are most valuable for donors who are at least age 70 ½ years old and who have an individual retirement account (IRA). At an age when many people might expect reduced financial opportunities, traditional IRA holders who are 70 ½ or older gain power to give their money to the worthy causes of their choosing and to save significantly on their taxes as an added sweetener for their generosity.

People unhappy with the way the government increasingly is choosing to spend tax dollars now have a way to divert some of their money from expenditures that they oppose. If a taxpayer is repulsed by the thought of his or her tax dollars going toward taking the life of a newly born deformed baby, as the governor of Virginia said he supports if a mother requests it after giving birth, money can be donated to charities that help children instead.

For people who would rather give their money to charities that assist children, donations could go to the Muscular Dystrophy Association, Save the Children or UNICEF. Those who prefer to help the poor could donate to the Salvation Army, Catholic Charities and Habitat for Humanity.

Current tax law rewards charitable contributions, if donors give away enough to make it worthwhile to itemize their deductions when they exceed the standard deduction of $24,000 in 2018 for married couples filing jointly, $18,000 for single heads of household or $12,000 for single tax filers. Plus, an additional standard deduction for the 2018 tax year of $1,300 goes to those who are at least 65 or blind, while rising by $1,600 for unmarried taxpayers.

For the 2019 tax year, the standard deduction to make it worthwhile to itemize deductions rises to $24,400 for married couples filing jointly, $18,350 for single heads of households and $12,200 for single taxpayers and married individuals filing separately.

“Many people aren’t receiving all the benefits they could from the qualified charitable distribution (QCD), the powerful tax-saving tool for charitably inclined IRA owners older than age 70 ½,” cautioned Bob Carlson, who heads the Retirement Watch advisory service. “The QCD drifted in and out of the tax law for about a decade, but it finally was made a permanent part of the tax code a few years ago. Now, you can count on it being part of your regular tax planning. You should plan not only to use the QCD but also to maximize the benefits.

Exclusive  An Opportunity to Invest in Yourself

“In a QCD, you make a charitable contribution by directing your IRA custodian to transfer funds to a charity or charities you designate. Or the IRA custodian can issue you a check made payable to the charity. Then, you deliver the check to the charity. The QCD is not included in your gross income, yet it counts toward your required minimum distribution (RMD) for the year. That’s a hard-to-beat deal.”

Of course, far fewer people qualify to deduct itemized expenses now than before the 2017 tax law change, Carlson said. To receive the maximum benefit of a QCD, plan to take the money early in the year to ensure the withdrawals count toward RMDs.

A charity also can be made the only beneficiary of an IRA, which will be included in a donor’s estate. In such an instance, the estate will get a deduction for the amount left to charity. Any non-charitable beneficiaries of an IRA will owe income taxes just as the giver would have on any money distributed from the IRA.

Qualified Charitable Distributions Must Be Made Properly to Net Tax Benefits

When a distribution from a traditional IRA is taken before making QCDs for a given year, that amount is included in the donor’s gross income. As a result, the donor will need to pay income taxes that otherwise could have been avoided.

“Because the QCD is not included in gross income, it also reduces adjusted gross income,” Carlson said. “Using the QCD to make charitable contributions and meet your RMD also could reduce taxes on your Social Security benefits and avoid the Medicare premium surtax, as well as other Stealth Taxes that are triggered by higher adjusted gross income. When you’re over age 70 ½ and charitably inclined, plan and execute your QCDs early in the year. Then, if you need to take other distributions to meet your RMD amount or to pay for expenses, you can plan those distributions.

“Be sure you know all the rules about QCDs, so you don’t miss any benefits. You must be at least age 70 ½ at the time of the QCD. This is a tricky rule. An RMD may be taken any time during the year you turn age 70 ½,” Carlson said. “Distributions taken that calendar year but before you turned age 70 ½ count toward the RMD. But a transfer or distribution to a charity doesn’t count as a QCD unless you were age 70 ½ or older at the time of the transaction.”

Do Not Mistime Using Qualified Charitable Distributions to Take RMDs

The first RMD that a traditional IRA holder needs to take must be withdrawn by April 1 of the year after he or she turns age 70 ½. To be precise, the RMD is for the year the IRA holder turns 70 ½.

However, the gentleman also will have to take his 2021 RMD by December 31, 2021. If he waits until 2021 to take the first RMD, he will need to report two RMDs on his 2021 tax return and potentially enter a higher tax bracket or face Stealth Taxes that begin at higher incomes.

A Donor Can Amass $100,000 in Qualified Charitable Distributions Annually

A donor can make up to $100,000 in QCDs each year. The limit is per taxpayer, not per IRA. Either way, keep in mind an IRA owner receives no charitable contribution deduction.

“In married couples, each spouse has a separate $100,000 limit, but they can’t share the limits,” Carlson said. “A spouse’s limit counts only toward distributions made from that spouse’s IRAs.

“The annual limit is use-it-or-lose it. Any unused part of the limit from one year can’t be carried forward to future years. Only transfers to public charities, known as 501 (c)(3) charities, qualify for the QCD.”

Use Qualified Charitable Distributions with a Traditional IRA, Not a Roth IRA

For those in doubt, Carlson said it makes sense to give charitable donations through a traditional IRA. Qualified charitable distributions can be made throughout one’s lifetime or through someone’s estate. In addition, one or more charities can be named as beneficiaries of the traditional IRA, he added.

“To the extent you make charitable gifts, it is better to make these through your IRA than to leave the IRA to your loved ones,” Carlson advised. “Leave your loved ones’ other assets, if you can.”

Give Family Members, Not Charities, Appreciated IRA Stocks and Funds

People who have a traditional IRA that holds appreciated stocks or mutual funds in a taxable account should give those assets to family members, not charities. The reason is that family members gain an increase in the tax basis of those stocks or mutual funds to the current fair market value upon the death of an IRA owner. In this situation, no one would pay capital gains taxes on the lifetime appreciation of the assets.

Since a charity does not pay taxes, it would receive no tax benefit from inheriting appreciated stocks or mutual funds. However, family members who inherit an IRA would owe regular income taxes on all the income the account distributes. The net result is that the family would keep more after-tax wealth by inheriting the stocks or funds, while the charity would be in the same position.

If charitable gifts will be made after death, the charity ideally would be a beneficiary of the IRA, Carlson said. Another estate-planning strategy is to split the IRA, with the charity named beneficiary of one IRA and family members becoming beneficiaries of the other IRA.

For charitably minded people who have traditional IRAs, reaching the age of 70 ½ can open a new way to donate to non-profits that may help children, the poor or universities in a tax-advantaged manner. For those younger than 70 ½ with a traditional IRA, plan for the day when the opportunity will arise to use the money to help others in need and seize the chance to leave a meaningful legacy in the years ahead. 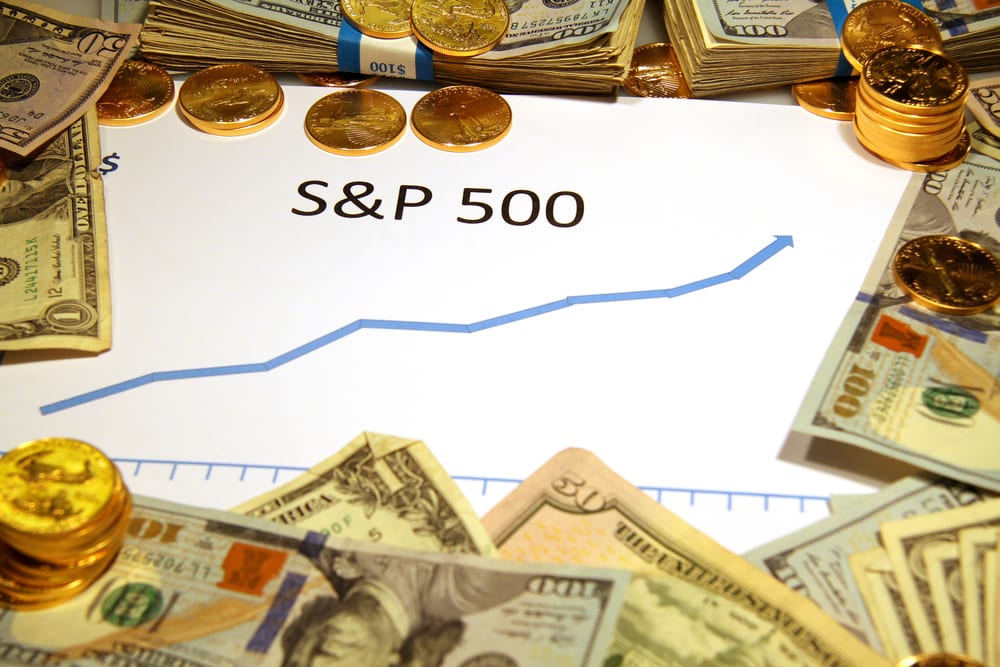 Double-Top or Higher-Highs for the S&P 500

Investment expert Bryan Perry reviews the first quarter of 2019 results from major financial institutions and from around the world.

Exclusive  Did You Miss Out on 'The Mother of All Bull Markets?'