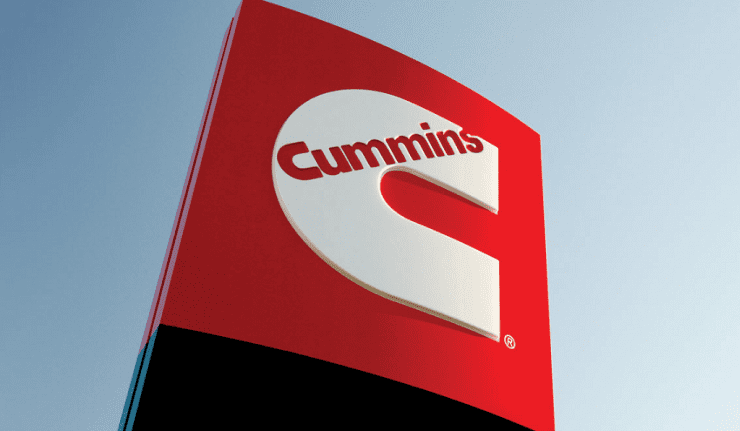 After losing one-third of its value in 2018, Cummins, Inc. (NYSE:CMI) has advanced its share price steadily since the beginning of the year and a positive first-quarter earnings results might provide the needed fuel to continue the uptrend.

Enduring a 73% drop in the aftermath of the 2008 crisis and several corrections of more than 40% over the past decade, the share price has recovered after every pullback to reach new all-time highs. Since dropping below $20 for its 10-year low in March 2009, the share price has advanced more than eight-fold and currently exceeds $160.

Prior to the current share price uptrend, Cummins experienced a significant share price decline in 2018. After reaching its five-year high in January 2018, the share price reversed direction and shed two thirds of its value by the end of December. However, aided by strong year-end financial results, the share price recovered nearly 30% of those losses. Another good showing in the first-quarter earnings report could add more fuel to power the share price ascent through the second quarter and towards recovering all of the losses from 2018.

Cummins released its first-quarter financial results on April 30, 2019. The company reported an 8% revenue increase from $5.57 billion in the first quarter last year to $6 billion for the most recent period.

Exclusive  Here’s When the Selling Will Stop

In GAAP terms, net income more than doubled year-over-year from $325 million to $663 million. However, last year’s net income and diluted earnings per share (EPS) figures include a negative impact of $78 million of discrete tax charges primarily related to the Tax Cuts and Jobs Act (TCJA) that was passed by Congress on December 22, 2017. Cummins delivered adjusted earnings of $4.20 per diluted share, which beat Wall Street analysts’ estimates of $3.57 by 17.6%.

Based on first-quarter results, the company restated its original guidance for full-year 2019. Cummins expects overall revenues even with last year’s figures or up to 4% higher. The company forecasts revenue gains from the Global Construction business segment and truck engine deliveries in North America. More specifically, the expected growth in the North American truck market is 5% to 6% for full-year 2019. This expectation follows the first-quarter result, which revealed that international sales increased just 1% year-over-year, compared to a 13% growth for the North America region.

Alternatively, the company expects largest revenue pullbacks from the Brazil Truck and Power Generation business segments. In addition to the pullback in Brazil Trucks, Cummins also expects 10% lower unit deliveries in China and a 5% drop in India. Additionally, the recent escalation in the U.S.-China tariff war could put additional pressure on the China business.

However, Cummins’ current regional mix could mitigate some of the negative effects. In the full-year 2018, as well as in the first quarter of 2019, Cummins generated only 10% of its total revenue from the Chinese market. Therefore, the low market share in China could potentially lessen some of the negative impacts. Alternatively, the company derived 60% of its revenues from the markets that are expected to grow most in 2019 — the United States and Canada.

Riding the decline that began in January 2018, the share price dropped an additional 13.4% from the beginning of the trailing 12-month period to its 52-week low of $125.16 on December 24, 2018. However, after reversing direction and embarking on its current uptrend, the share price recovered all its losses since the beginning of the 12-month period by mid-January. By mid-February, the share price rose to its previous 52-week high and continued to advance another 10% before reaching its current all-time high of $169.19 on May 3, 2019, for a total gain of 35% above the December low.

Driven mostly by newly implemented tariffs on China last week and the corresponding market selloff on Monday, May 13, the share price pulled back slightly from the early May peak and closed at $161.42 on May 15, 2019. While 5% down from the all-time high, the May 13, the closing price was 11% higher than it was one year earlier and 28% above the 52-week low from late December.

Because of a 44% decline in 2014 and 2015, the current closing price is only 7% higher than it had been five years ago. This low share price appreciation also limited shareholders’ total returns to less than 20% over the five-year period. However, Cummins rewarded its shareholders with 14 consecutive years of rising dividend distributions which have combined with capital gains to produce total returns of more than 14% over the trailing 12 months. Furthermore, shareholders have enjoyed total returns of 53% over the past three years.