Is It Time to Jump on the Phillips 66 Stock Uptrend? (NYSE:PSX) 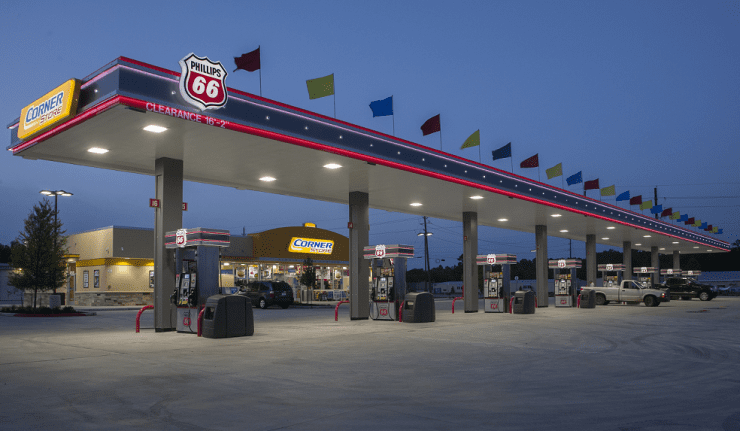 After losing more than one-third of its peak value in 2018 and trading flat in the first half of 2019, Phillips 66 (NYSE:PSX) saw its share price embark on a steady uptrend and advance more than 25% since the beginning of June 2019.

Even the decline in 2018 is not as significant as it appears to be on the surface. Yes, the share price did lose more than a third of its value between its one-year peak in late July 2018 and the 52-week low in late December. However, prior to peaking in July 2018, the share price had jumped 35% over the previous five months — highlighted in the chart below — which put the price significantly above its own long-term average.

Also, more than 40% of Wall Street analysts currently covering the stock — 8 out of 19 — have a “Buy” (7) or a “Strong Buy” (1) recommendation. Moreover, the current share price has nearly 14% room on the upside before it reaches the analysts’ current average target price of $116.47.

Through the recent share price spike and the subsequent pullback, Phillips 66 continued delivering strong financial results and beating earning expectations. Over the trailing 12 months, the company exceeded earnings estimates in all four quarters.

On April 30, 2019, Phillips 66 reported a $2 billion gross profit on revenues in excess of $23 billion. These figures translated to first-quarter 2019 earnings of $204 million, or $0.44 per diluted share. Adjusted down for special items of $17 million, adjusted earnings were $187 million, or $0.40 per share. This adjusted earnings per share (EPS) figure beat Wall Street analysts’ earnings estimates of $0.34 by 17.6%. Furthermore, Phillips 66 returned $708 million to shareholders through dividends and share repurchases.

As already indicated, the share price began a sharp increase in February 2018. Riding this uptrend, the share price advanced another 10% before reaching its all-time high of $123.34 on July 30, 2018. However, the price spike was short-lived and the share price reversed trend immediately after peaking at the end of July 2018.

After continuing its slow decline for the remainder of 2018, the share price lost 36.4% of its value before reaching its 52-week low of $78.50 on December 24, 2018. However, just as quickly as it changed direction after its July 2018 peak, the share price also reversed its decline and began to rise in late December 2018.

However, the uptrend lost most of its strength by mid-January. The share price traded relatively flat until late April and then gave back most of its 2019 gains over the subsequent 40 days. By the end of May 2019, the share price had fallen back to less than 3% above its 52-week low from late-December 2018.

Headquartered in Houston, Texas, and tracing its roots to 1875, Phillips 66 operates as a diversified energy manufacturing and logistics company. The company processes, transports, stores and markets fuels and products globally through four segments: Midstream, Chemicals, Refining, and Marketing and Specialties (M&S). The Midstream business segment focuses on processing, transport and marketing of natural gas and natural gas liquids in the United States. As of July 2019, the Refining segment’s 13 refineries primarily in the United States and Europe had the capacity to refine 2.2 million barrels of crude oil into various petroleum products, including gasolines, distillates and aviation fuels. The Chemicals segment manufactures and markets various specialty chemical products, including organosulfur chemicals, solvents, catalysts, drilling chemicals and mining chemicals. Lastly, the M&S segment markets refined petroleum products, manufactures and sells specialty products, such as waxes, solvents and polypropylene, as well as generates electricity and distributes it in the Texas market. The company’s origins go back to the foundation of Continental Oil and Transportation Company in 1875. However, Philips 66 began trading on the New York Stock Exchange as a standalone company in May 2012, following a separation of its assets from the ConocoPhillips company.

previous article
Are We Heading for a Recession?
next article
Has the Mattel Stock Bottomed Out and Is It Ready to Rebound? (NASDAQ:MAT)