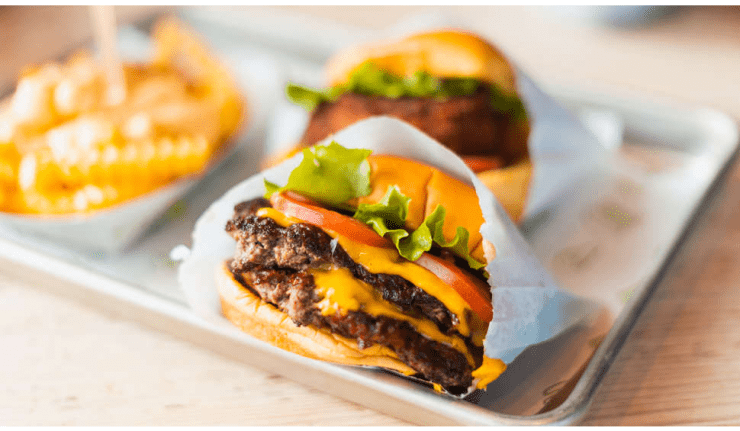 Despite the financial strain of domestic and international expansion, Shake Shack, Inc. (NYSE:SHAK) has been delivering a steady streak of positive financial reports over the last couple of years, which translated to robust asset appreciation and double-digit-percentage total returns for the company’s shareholders.

Shake Shack met analysts’ earnings expectation in the first-quarter 2019 and beat expectations in the remaining three out of the last four quarters. The positive financial results and robust fundamentals drove the share price growth over the last two years.

On August 5, 2019, Shake Shack reported that its second-quarter total revenue increased 31.3% year over year to $152.7 million. While the bulk of the revenue increase stemmed from expansion and new store openings, same-store sales advanced at a respectable 3.6% as well. Furthermore, licensing revenue increased nearly 43% to $4.8 million.

In light of its year-to-date financial performance, Shake Shack raised its total revenue guidance for full-year 2019 from between $576 million and $582 million to between $585 million and $590 million. Additionally, the company added four additional store openings — two licensed and two own stores — to its 2019 expansion plans.

However, free from the downward pressure of the overall market pullback, the share price resumed its rapid upward trajectory. After regaining all its losses by late-March 2019, the share price advanced more before reaching its 52-week high of $91.61 on August 13, 2018. This advancement marked a total gain of more than 120% since the 52-week low in December 2018 and the most recent closing price is within 1.3% of the $92.86 all-time high from mid-2015.

After its 52-week high on August 13, the share price pulled back more than 2% and closed at the end of the next trading session at $89.48 against the massive market selloff that saw the Dow 30 Index dropped more than 800 points. However, even with the one-day pullback, the August 14, 2019 closing price was still 52% higher than it was one year earlier as well as 118% above the 52-week low from late December 2018.

Because of the share price spike after the IPO, the stock’s total gain of 95% over the past five years is lower than the three-year total gain of 137%. At this time, Shake Shack does not distribute any dividends. Therefore, the asset appreciation accounts for entire total gains.

Headquartered in New York, New York and founded in 2004, Shake Shack Inc. owns, operates, and licenses Shake Shack fast food casual restaurants in the United States and internationally. In addition to standard fare of hamburgers fries and soft drinks, the chain also offers hot dogs, chicken, shakes, frozen custard, and other products, as well as beer and wine in its international locations. After being one of the fastest-growing food chains in its first decade and to secure a steady source of funding for its rapid expansion, Shake Shack became publicly traded in late 2014. As of August 2019, there were 163 locations in 30 U.S. states and the district of  Columbia. Except approximately dozen licensed locations, Shake Shack owned and operated all other U.S. restaurants. At the end of 2018, Shake Shack had restaurant in 10 international markets – Japan, Saudi Arabia, Kuwait, Oman, Qatar, Russia, South Korea, Turkey, United Arab Emirates and the United Kingdom. Since the beginning of the year, Shake Shack entered new international markets in China, Singapore, The Philippines and Mexico. With these new markets, the company now has 14 international markets supporter by approximately 80 restaurant locations.

Big Names in the Wrong Business

Hilary Kramer breaks down recent happenings in the cannabis industry.