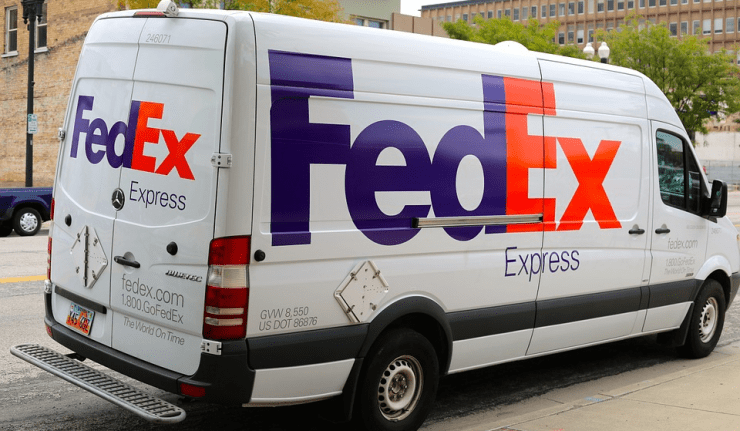 The FedEx Corporation’s (NYSE: FDX) stock lost nearly 13% of its value during a single trading session after the company reported weak results for the first quarter of its 2020 fiscal year.

In addition to missing revenues and expected earnings, FedEx also downgraded its revenues forecast for full-year fiscal 2020 and revised its earnings expectations lower. In addition to identifying the recent split with Amazon as one of its last-mile delivery providers, FedEx claimed the negative effects of the current trade tensions and tariffs as major contributors to the weak results for its first-quarter.

While trade tensions and the loss of a major income source certainly had a significant impact on FedEx’s top and bottom lines, other factors might have contributed to the downturn more significantly than FedEx’s management had anticipated. The trade conflict with China is a fairly recent occurrence and experts still debate the full impact of the implemented tariffs on the U.S. economy. Consumer prices have not exhibited any significant increase yet and inflation is at its lowest levels in years.

As published on September 12, 2019 by the U.S. Labor Department, the 1.7% inflation rate for the trailing 12 months ticked down from 1.8% in August and is lower than the 2.4% and 2.1% inflation rates for calendar years 2018 and 2017, respectively. However, price inflation is a lagging economic indicator and the impact of the tariffs could still manifest itself in inflation figures over the upcoming periods.

FedEx announced the end of its ground-shipping contract with Amazon just over a month ago, which should not have had a significant impact on FedEx’s first quarter results. However, Amazon has been expanding its own distribution delivery infrastructure much longer than FedEx’s recent operational and financial headwinds have lasted. Amazon’s own distribution network currently comprises nearly 400 warehouses, 50 planes, 300 truck power units and 20,000 delivery trucks and vans.

According to Rakuten Intelligence research that was published in early July 2019, Amazon expanded its share of last-mile deliveries from just 8% during the 2016 holiday season to more than 45% of the shipments in March and April 2019. While that change certainly impacted FedEx’s shipping volume and revenue, the bulk of that volume shift came at the expense of the United States Postal Service (USPS). The USPS saw its share of Amazon customer deliveries be almost cut in half from nearly 60% of the deliveries during the last quarter of 2016 to just 33% in March and April 2019.

Since FedEx started paying dividends in 2002, the company’s most recent 30% hike from $0.50 to the current $0.65 payout was FedEx’s third-highest boost on record. This current payout corresponds to a $2.60 annualized distribution, which yielded approximately 1.5% before the steep selloff following the most recent earnings release. However, after the share price decline, the dividend yield rose to its current level of 1.72%.

Even at 1.72%, income investors will likely skip over FedEx’s current yield and seek greater income returns elsewhere. While quite steep at an annual growth rate of 17.4% over the past 16 years, FedEx has even accelerated its dividend growth to more than 30% per year over the last five years. However, the increased dividend growth increased the payout ratio to nearly 150%. This payout ratio level indicates that what FedEx paid in dividends was 50% more than its current earnings per share. If this course of action sustained for an extended period, this payout ratio level will no longer be sustainable and will certainly lead to a dividend cut in the near future.

The FedEx has delivered a steady and strong asset appreciation over the past four decades since its initial public offering (IPO). With the exception of time around the 2008 financial crisis, when the share price declined more than 70%, FedEx’s share price has risen consistently. Following the 2008 decline, the share price advanced seven-fold before reaching its all-time high of nearly $275 in January 2018. Since peaking in mid-January 2018 and before the Trump administration imposed first tariffs on solar panels and washing machines in February 2018, the FedEx share price has been on a general downtrend and has lost 45% of its value since then.

Riding that downtrend, the share price continued the decline into the trailing 12-month period. The share price dropped significantly more during the overall market correction in December 2019 and continued to fall towards its 52-week low of $149.53 on August 27, 2019.

After gaining 16% over its 52-week low by September 17, the share price gave back all those gains following the quarterly financial results release and closed at the end of trading on September 18, 2019 at $150.91. This closing price was nearly 40% lower than the 52-week high of $246.81 one year earlier and only 0.9% above the 52-week low from late August 2019. Additionally, the September 18 closing price was also 6% lower than it had been five years ago.

previous article
Gain Inverse Exposure to U.S. Small-Cap Companies
next article
How to Get Rid of a Bad Idea (Democratic Socialism)