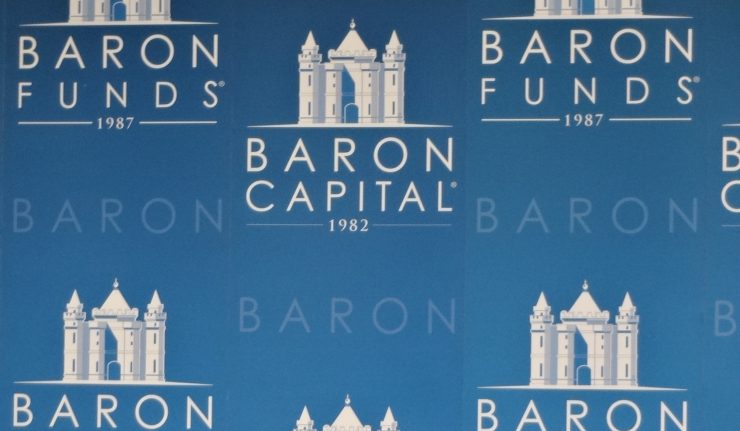 As it has done every year for nearly three decades, Baron Capital Management invited several executives to present updates on their companies in front of a crowd of approximately 5,000 Baron Funds shareholders, interested investors and financial journalists.

The Baron Investment Conference is first and foremost about featuring investment opportunities and offering predictions about current and future market and economic trends that investors can use to tailor their portfolios for best long-term returns. The conference also is known for surprise entertainers, who this year included lunchtime performers — singer Mariah Carey, ballerina Misty Copeland and comic actors Steven Colbert and Steve Carell — as well as end-of-the-day music from rock band Fleetwood Mac.

The investment conference generally featured four publicly traded companies in the previous years. However, investors can purchase shares of only three of the companies featured at this year’s conference. The fourth company was a private corporation, that portfolio managers and financial advisors believe will be a significant driver of technological innovation over the next decade. Therefore, while unable to buy shares of this company directly on the open market, Investors can gain access to the company through one or more of the investment vehicles offered by Baron Funds.

Baron Funds portfolio managers consider these companies to have the potential to deliver total long-term returns in excess of average returns delivered by other indices and overall markets. The four corporate executives presented brief summaries about their respective companies and outlined potential operational and financial advantages over industry peers. Since these potential advantages should deliver outsized growth, Baron Funds portfolio managers include these equities in the funds they manage and recommend that individual investors consider adding the same securities to their own portfolio.

Tesla’s Chairman, Robyn Denholm, who took over the position from Elon Musk in late 2018 and has served as an independent director on the Tesla Board since 2014, delivered the company’s presentation at this year’s conference. In addition to discussing the company’s current automotive production, Ms. Denholm also offered some insights into the status of the company’s products under development, including the Model Y compact crossover utility vehicle unveiled in 2019. Furthermore, Ms. Denholm provided some basic information on the development of the Tesla Semi tractor unit for long-haul transportation, a pickup truck and the second-generation Roadster, which is currently set to go on sale in 2020.

After the company released its most recent quarterly results on Oct. 23 and beat analysts’ earnings expectation for the first time in four quarters, the share price surged to reach its highest level in 2019. While only 5% higher than at the beginning of the year, the $327.71 closing price on Oct. 28, is 83% higher than the 52-week low of $178.97 from early June.

Headquartered in Norwalk, Connecticut, FactSet offers a suite of analytics, services, contents and technologies to deliver integrated financial information to the investment community. The company’s Head of Strategic Resources and General Counsel, Rachel R. Stern, offered a brief overview of the company’s performance over the past two decades.

The company went from offering its services in just 7 countries and approximately 25,000 users in 2001 to working in 24 countries with five times as many users in 2019 as it did less than two decades ago. Currently FactSet has nearly 10,000 employees spread across more than 60 offices worldwide. In addition to expansion and operational success, the company also delivered strong financial results over the long term by increasing its annual revenue for the past 39 consecutive years. The company also enhanced its annual adjusted earnings per share (EPS) for the last 23 years in a row.

While rising at the slower rate than the long-term growth, the company’s share price still nearly doubled over the past five years and advanced more than 20% over the trailing 12-month period. As of September 30, 2019, the Baron Asset Fund (NASDAQ:BARAX), the Baron Growth Fund(NASDAQ:BGRFX), the Baron Partners Fund (>NASDAQ:BPTRX) and the Baron Focused Growth Fund (NASDAQ:BFGFX) offered exposure to shares of FactSet.

Based in Toronto, Canada, Brookfield Asset Management is a global alternative asset management firm that currently has nearly $400 billion in assets under management. The company’s Chief Executive Officer, Bruce Flatt, presented the company’s development and growth from a “family office to global investor” over the past 20 years. Mr. Flatt explained that the current global trend of declining interest rates is driving up asset values, which is increasing allocation from equities to alternative investments. Just since 2009 approximately $6 trillion flowed into private assets. This trend resulted in an increase in the share of total investments for real assets and alternatives from 5% in 2000 to 25% in 2018. According to Brookfield’s estimates, these assets could overcome investments in equities and fixed income to account for as much as 60% of all investments by 2030.

Brookfield delivered capital gains of more than 37% over just the trailing 12 months. Additionally, the company managed to maintain an average annual growth rate of 19% over the past two decades. In addition to investing in Brookfield’s stock directly, investors have access to the company through the Baron Partners Fund (NASDAQ:BPTRX) and the Baron Real Estate Fund (NASDAQ:BREFX).

Gwynne Shotwell, President and Chief Operating Officer of the Space Exploration Technologies Corporation presented a small window into the current operations and some of the current projects under development. In addition to working on vehicles to deliver cargo into the Earth’s orbit, SpaceX is currently working on developing cargo delivery vehicles that are fully reusable, unlike the current programs that dispose several stages of the rocket during flight.

Furthermore, Space X is working with several telecommunications companies to establish a network of approximately 30,000 low-orbit satellites that would provide global internet access coverage. While still in early stages of development, Space X also conducts research and development towards building a high-speed passenger vehicle that will fly people between major cities in approximately 30 minutes on average and between any two locations on the planet in less than an hour, according to Ms. Shotwell.

While Space X is a private company without publicly traded shares, interested investors can gain access to the company through the Baron Partners Fund (NASDAQ:BPTRX) and the Baron Focused Growth Fund (NASDAQ:BFGFX), where Space X accounts for approximately 5% of total assets in each of the two funds. In addition to reaping benefits from potential gains in these two funds, investors in these funds could be well-positioned to benefit from early access should Space X company go public in the future or be rolled over into the Tesla, Inc, stock. 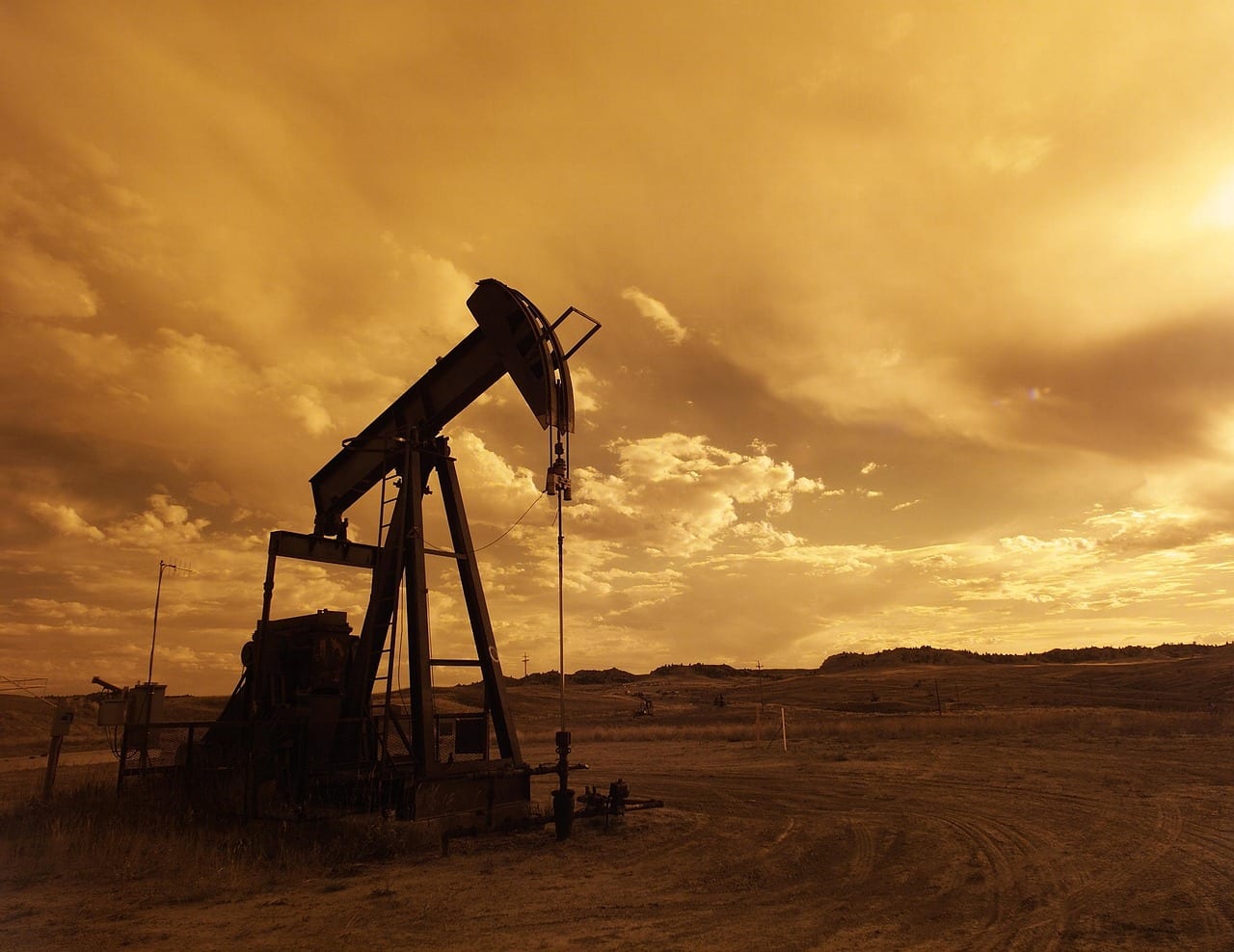 Don’t look now, but while investors are all gaga about the momentum in semiconductor, home-building and bank stocks, the energy refiners are stealing the show and outperforming every sector on the board. The crack spread between the price of crude and the price of gasoline, jet fuel, diesel, distillates and lubricants has widened to where the companies that refine oil into these end-market products are seeing a “gusher” of profits pouring into their coffers. During all of 2019, the ener