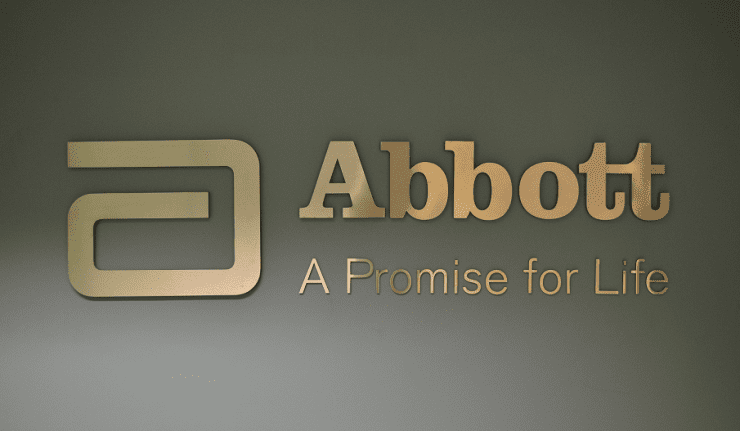 After pulling back more than 11% in the third quarter of 2019, Abbott Laboratories’ (NYSE:ABT) stock has recovered fully and resumed its recent uptrend.

In addition to steady asset appreciation, Abbott Laboratories has been rewarding its shareholders with annual dividend boosts for nearly five decades. While the current yield is slightly below the market average, the dividend income has contributed nearly one-tenth of the company’s 22% total returns over the trailing 12 months.

Not surprisingly, the mid-year pullback prompted few of the Wall Street analysts to downgrade their recommendations. However, in Dec. 2019, 65% of the analysts still recommended a “Buy” (seven) or a “Strong Buy” (six). Additionally, seven analysts now recommend a “Hold,” versus just two doing so in November.

During its most recent quarterly earnings report in late October, Abbott Laboratories delivered strong revenue growth numbers and met analysts’ earnings expectations. Net sales increased 5.5% from $7.66 billion to $8.08 billion for the most recent period. Abbott Laboratories also managed to hold its overall costs increase below the revenue growth rate, which translated to a 20% earnings increase from $995 million in the third quarter of 2018 to nearly $1.2 billion — or $0.53 per diluted share. The adjusted earnings per share (EPS) of $0.84 mark a 12% increase over the same period last year.

On a year-to-date basis, net earnings advanced 3.3% from $22.8 billion to $23.6 billion in 2019. While only just meeting their third-quarter earnings expectations, the company’s cumulative year-to-date earnings are almost 2% ahead of analysts’ expectations. Based on its results in the first three quarters of 2019, Abbott Laboratories maintained its overall outlook for full-year 2019 but narrowed its adjusted earnings range from between the $3.21 and $3.27 that it reported in the second quarter to the current $3.23 to $3.25 range.

The company’s dividend yield has been hovering around the 2% average yield of the overall market for several years. While the company continues to grow its dividend payouts, the fact that the share price has advanced at a steeper growth rate over the last few years has pushed the yield lower.

This new quarterly distribution corresponds to a $1.44 annualized payout and a 1.7% yield. While slightly below the company’s own 1.9% average yield over the past five years, Abbott Laboratories’ current yield is in line with the 1.65% yield average of the companies in the Major Drug Manufacturers industry segment. However, the company’s current yield is more than three times above the 0.5% simple average yield of the overall Health Care sector.

To ensure eligibility for receiving the next round of dividend distributions on the February 14, 2020, pay date, income-seeking investors must take a long position in the Abbott Laboratories stock before the January 14, 2020, ex-dividend date.

Prior to spinning off AbbVie, Inc. in 2013, Abbott Laboratories had boosted its annual dividend for 41 consecutive years. While the total payout declined in 2013, Abbott Laboratories had merely transferred a portion of its annual payout to the AbbVie, Inc entity. The combined total annual payout by both companies in 2013 was higher than the pre-split amount during the prior year.

Riding a strong uptrend that began in early 2016, the company’s share price passed through its 52-week low of $66.22 on January 3, 2019. After passing through its 52-week low at the beginning of the year, the share price gained 34% before reaching its all-time high of $88.74 on July 23, 2019. After the already-mentioned 11% pullback, the share price resumed its uptrend and has been rising steadily again for nearly three months.

The share price recovered more than 80% of its mid-year losses to close on December 30, 2019 at $86.80. Just 2.2% short of the all-time high from July, the Dec. 30 closing price was 20% higher than it had been one year ago and 31% above the 52-week low from the beginning of the year. Additionally, the share price has nearly doubled over the past five years.

Despite a brief pullback, the overall share price advancement was able to combine with rising dividend income for a 22% total return on shareholders’ investment just over the past year. Additionally, dividend distributions have pushed the 92% asset appreciation to a total return of 103% over the last five years. However, a share price pullback of nearly 15% from 2015 through the end of 2016 has allowed shareholders who had purchased the company’s stock in early 2017 to enjoy a total return on their investment of 136% over the last three years.