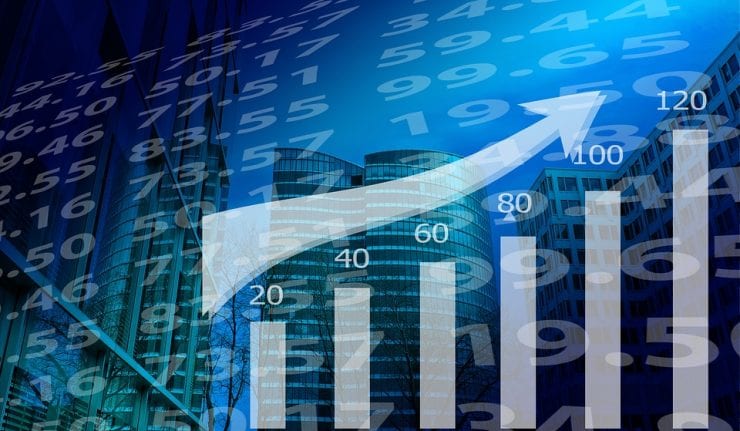 Investors who are looking for equities with strong recoveries should consider one of these five large-cap stocks that achieved double-digit percentage total returns over the trailing 12 months despite suffering total losses in excess of 20% over the last three years.

While all five large-stocks listed below deliver some level of dividend income, capital gains contributed the vast majority of one-year returns. The losses over the past three years range from 21% to almost 60%, with an average three-year loss of 37%. On the other hand, the one-year returns range from slightly below 16% on the low end to 44% at the top of the range, for an average total one-year return on shareholders’ investments of almost 30%.

In ascending order by their respective one-year return, here are the five large-cap stocks that reversed their performance from losses of more than 20% over the past three years to one-year total returns of more-than 15%.

Based in Houston, Texas and founded in 1926, Schlumberger Limited supplies technology for reservoir characterization, drilling, production, and processing to the oil and gas industry worldwide through four business segments — Reservoir Characterization, Drilling, Production and Cameron. The company designs and manufactures drill bits and specialty equipment, as well as providing drilling fluid systems and associated solutions.

While experiencing several uptrends, the share price declined more than 80% between the onset of the trailing five-year period and its 10-year low in October 2019. This share price drop drove the overall total losses above 40% over the past three years,

However, since bottoming out in late 2019, the share price has been rising steadily. In the last two months of the year, the share price overcame all residual losses at the tail end of the five-year downtrend and delivered asset appreciation of more than 8% for 2019. In addition to the positive share price gain, Schlumberger continued to deliver a steady flow of dividend income. While unable to offset its asset depreciation over the past few years, dividend income contributed nearly half of the 15.85% total returns over the trailing 12-month period.

The company’s share price lost two-thirds of its value in the aftermath of the 2008 financial crisis. However, the share price recovered all those losses by early 2014 and has continued to rise. By March 2015, the share price more than tripled since early 2009 and reached its all-time high above $90 per share.

However, that peak was short-lived as the share price reversed direction and headed lower. The share price entered the trailing 12-month period riding an overall downtrend. It then surged more than 22% within the first 60 days of 2019. Unfortunately, the share price gave back all those gains and closed at its 52-week low in late August, which was 7.4% lower than it was at the beginning of the trailing one-year period

After another reverse in direction, the share price recovered its mid-year losses and delivered positive results for the full year. In addition to capital gains, Cardinal Health’s dividend income, which yields 3.8%, has contributed more than one-fifth of the 18.2% total return over the trailing 12 months. With more than three decades of annual dividend hikes at an average rate of more than 15% per year, any share price movement upward over an extended period would deliver robust returns on shareholders’ investments.

Headquartered in Houston, Texas and founded in 1932, Noble Energy, Inc., is an independent energy company that engages in the acquisition, exploration, development and production of crude oil, natural gas and natural gas liquids worldwide. The company’s principal assets are located in conventional onshore locations in the United States. However, Noble Energy has some of its assets and operations in the Eastern Mediterranean and off the west coast of Africa.

Almost all energy companies involved in exploration and production of crude oil and natural gas have watched their share prices decline since oil prices peaked around $140 per barrel in 2014. With crude oil prices surging towards those levels and the oil industry booming, almost any company in the sector could have delivered robust asset appreciation at that time. However, since the oil prices have generally stabilized in the $50 to $80 range, the sector offers the information that investors need to identify the best companies in the field.

Noble Energy’s share price leveled off in early 2019 and traded mostly sideways during the first three quarters of the year. However, the share price has surged and increased more than 20% in December 2019 alone. Furthermore, over the last 45 days of 2019, the share price advanced nearly 30%. The company complemented this asset appreciation with a dividend income of nearly 2%, which pushed the total return for the trailing year to 31%.

Based in London, the United Kingdom and founded in 1985, WPP plc is a creative transformation company that provides communications, experience, commerce and technology services worldwide. The company operates through four segments and offers advertising, content and media investment services.

After losing two-thirds of its value in the aftermath of the 2008 financial crisis, WPP’s stock embarked on an uptrend that saw the share price increase five-fold over the subsequent seven years. However, after reaching its all-time high in mid-2015, the share price traded sideways for nearly two years and then plunged 60% during 2017 and 2018.

Nevertheless, ever since reversing the downtrend at the beginning of 2019, the share price advanced 30% by the end of the year. The share price has been trading above both moving averages for more than 60 days, which could indicate that the 2019 uptrend might extend into the new year.

The company also complemented its robust share price recovery with dividend income distributions that currently yield 5.3%. While long term investors lost 26% over the last three years, the combined total returns from asset appreciation and dividend distributions delivered gains of more than 37% over the trailing 12-month period.

General Electric has certainly experienced its fair share of troubles recently and is currently a mere shadow of its former self. Interrupted by segments of slow recovery, the company’s share price lost more than half of its value during three separate downtrends since its all-time high of nearly $58 in 2000. General Electric’s poor financial performance even led to the company’s exclusion from the Dow Jones Industrial Average Index (DJIA) in 2018. Prior to being replaced by Walgreens Boots Alliance, Inc. (NASDAQ:WBA), GE had been a component of the index since 1907.

However, GE still owns a robust manufacturing and supply chain infrastructure, valuable product contracts and intellectual property. If leveraged properly and efficiently executed into production, these assets could be enough to revive the company. While a significant company turnaround could yield extraordinary returns from the GE stock, the risk is still high and risk-averse investors certainly have less-uncertain options for consideration.

Despite the present volatility, GE’s stock gained almost 44% over the past year. At the same time, General Electric’s three-year loss of nearly 60% was the largest among the stocks on this list. Therefore, the difference between GE’s three-year loss and the one-year gain is more than 100 percentage points.

previous article
Will the 20s Roar Again?
next article
SKOUSEN: Are Democrats ‘All Socialists Now’?