We Already Have a Wealth Tax, and It’s a Lot! 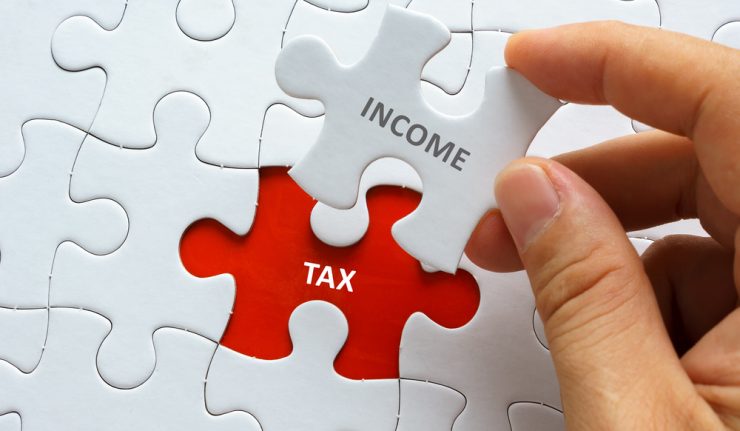 It dawned on me the other day when I was preparing to give a lecture to my Chapman University students on the cardinal principles of taxation.

I suddenly realized that a wealth tax as proposed by Bernie Sanders, Elizabeth Warren and other radical democrats is already in the tax law.

It is called RMD — Required Minimum Distributions — that all U.S. citizens and residents are subject to if they are 72 years old or older.

RMD requires older Americans to withdraw around a certain percentage of their Individual Retirement Accounts (IRA) and other retirement funds every year, which is then subject to income taxes. The percentage depends on their age — it tends to go up as people get older — starting at 3% and gradually moving higher.

The amount you must withdraw depends on the RMD table provided by the IRS. The table can be found at https://www.irs.gov/pub/irs-tege/uniform_rmd_wksht.pdf.

For example, if you are 72 years old, you divide the value of your IRA funds by 25.6, and that amount has to be withdrawn during the year and is taxable income.

Every year, your RMD percentage gradually rises. By age 80, you will have to withdraw $53,476 from a million-dollar IRA.

Is that not a federal wealth tax that is as extreme as Bernie Sanders is demanding?

The RMD was hidden inside the Tax Equity and Fiscal Responsibility Act (TEFRA) passed in 1982 and signed by President Ronald Reagan (possibly holding his nose). The people who snuck this provision into the law knew that it would affect only a few people at first, but then a floodgate when the baby boomers like me hit their 70s.

A capital gains tax is a tax on capital, but it is not a wealth tax per se because you can postpone indefinitely the tax by not selling your assets. But with RMD, you are forced to sell part of your assets (stocks, bonds, mutual funds, etc.) every year as taxable income to the IRS.

Of course, a property tax is also a wealth tax, but it’s imposed by states and counties, not the federal government.

If Bernie Sanders’ wealth tax became law, it would be a form of double taxation, since older Americans already pay a wealth tax through RMD.

A Tale of Two Triumphs

At the political conference at the Ritz Carlton in Laguna Niguel, California, I spoke before 400 conservative leaders, including Steve Moore, about “How to Get Rid of a Bad Idea (Democratic Socialism): With a Better Idea — Democratic Capitalism!”

At the end of my talk, I told the audience that my book, “The Making of Modern Economics,” has become “the Book the New Socialists Fear the Most.” Why? Because my book addresses students directly — those who find socialism appealing. 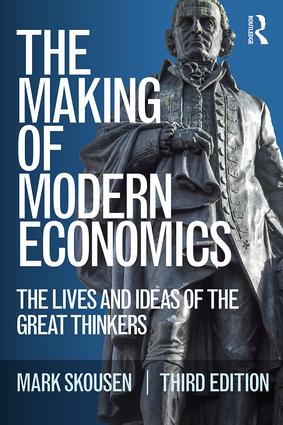 As one reviewer wrote, “The Making of Modern Economics offers the most devastating critique of Marxism and Keynesianism ever written.”

My book has converted many young socialists to “democratic capitalists” — the stakeholder philosophy that shows that enlightened capitalism can benefit everyone, rich and poor. It solves the “inequality” issue that young people are most concerned about.

Afterwards, I sold my entire lot — 51 copies — of the paperback copies of “The Making of Modern Economics.” People were buying multiple copies to give to their children going to college and to their friends.

‘Maxims’ and FreedomFest a Hit at EconoSummit!

My second triumph was at the EconoSummit in Las Vegas. Rare coin dealer Robert Mish, president of Mish International (www.mishinternational.com), presented me with a Spanish real dollar minted in Mexico in the singular year 1776!

Robert Mish presents me with a 1776 Spanish real dollar.

It will be always be a prized possession. I’m adding it to my collection of 1776 memorabilia, which includes a first edition of Adam Smith’s “Wealth of Nations.”

Robert also told the audience that FreedomFest was the most important conference of the year and encouraged everyone to attend.

We signed up 30 people on the spot and are now close to 700 attendees! I expect a record crowd this year due to our keynote speaker, Dr. Jordan Peterson. If you want to see why he’s creating so much buzz, watch this recent interview in Sweden… over 6,300,000 views!

We’re lining up great new speakers and sessions every day. To learn more and sign up, go to www.freedomfest.com and use code FF20EAGLE.

Remember, every subscriber who comes to FreedomFest will receive a FREE 2020 American Eagle silver dollar and a copy of the 7th ed. of “Maxims.” To become a subscriber to Forecasts & Strategies, go to www.markskousen.com, or call Eagle Publishing at 1-800-211-7661.

You Blew it! Media Hype on the Coronavirus: Much Ado About Nothing?

An investment advisor informed me this week that he was canceling his clients’ conference in California because of the coronavirus scare.

Yesterday, the governor of California declared a state emergency, even though there are only 60 cases of the virus. More than 300,000 students are now kept out of school.

It is all overreacting due to media hype. The scaremongers are everywhere, and it’s hurting business and the stock market.

Chapman University, where I teach, reports that there are no cases of the virus on campus. It states, “Campus operations are normal and the risk of COVID-19 within Orange County is considered by the Health Care Agency to be ‘low.’”

I have had a few students with the flu, which is typical during the winter, but no serious outbreak.

Even though my investment friend admitted that the chances of getting the virus was extremely low, and the chances of dying even lower, he said he couldn’t take any chances that one of his clients might come down with the virus.

I spent the weekend at two conferences, a private political event in Laguna Niguel, California, and an investment seminar in Las Vegas (the EconoSummit). Thankfully, nobody canceled except one of the speakers, economist Art Laffer, 80, who was afraid he might contract the virus and die. Better safe than sorry.

Is the federal government, including the Centers for Disease Control and Prevention (CDC), overhyping the worries about the COVID-19? Public health officials have warned Americans to prepare for a pandemic. Congress and the Trump administration are giving them billions of dollars, and what for? Meanwhile, private sector (pharmaceutical companies) are rapidly developing a vaccine.

Out of the 162 confirmed cases in the United States, only 11 people have died in America, and they were mainly elderly patients with a “high medical risk.” For most cases, the coronavirus has been mild.

One expert showed that the number of cases in China is topping out. That’s good news.

The World Health Organization (WHO) has been more reserved in its warnings, “We do not see evidence as yet that the virus is spreading freely in communities.” The WHO has refused to define COVID-19 as a pandemic.

Thank God that the Olympic Committee took a more sanguine attitude and has decided to go ahead with the 2020 Summer Olympics, July 24-Aug. 9, in Japan.

previous article
An Inverse ETF Can Be Effective in Navigating Volatility
next article
If This Is All about the Virus, Why Aren’t Chinese Stocks Crashing? 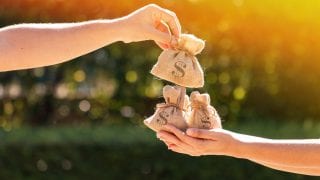