Welcome to PowerTalk, where weekly we talk with CEOs, COOs, key business leaders at public and private companies, and subject matter experts to get you the need-to-know facts to help you become a more successful investor.

This week I talk about currency and the much discussed currency war that we may or may not be in at the moment. Joining me to talk about this and more is Bernard Lietaer, who was named “the world’s top currency trader” in 1992 by BusinessWeek.

Over the last few months, finance ministers from Russia, Thailand, Turkey, South Korea and other countries have been pointing their collective fingers at what they call a “currency war.” This time those folks are not pointing at China, but rather at Japan as it has devalued the yen in order to jump start its economy.

In this interview Lietaer and I discuss; the realities of what currency really is and how there are more forms of currency than just money, the economic drivers behind a currency war and Lietar’s view that a new concept of money and currency will stop the race toward “global self-destruction”.

Subscribers are sure to notice how the interview touches on several of the PowerTrends found in my newsletter PowerTrend Profits and how this interview prepares us for more successful investing. 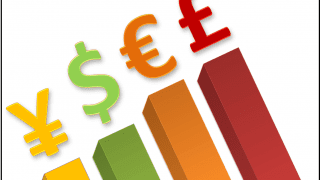