Your Smart Money Masters’ portfolio had a huge month. No fewer than four of your positions rose by double-digit percentages.

Among your current Smart Money Masters’ positions, the biggest opportunities lie in Costco (COST) and Navigator Holdings (NVGS) as both of these stocks are severely oversold.

This month’s Smart Money Masters’ recommendation — Fiat Chrysler Automobiles N.V. (FCAU) — is the #1 position of Mohnish Pabrai. Pabrai is one of the world’s leading value investors. He’s also yet another Warren Buffett and Charlie Munger disciple of Indian origin you likely have never heard of, much like Canada’s Prem Watsa.

Since launching his funds in 1999, Pabrai has beaten Buffett at his own game. By a willingness to place big bets and take a long-term focus, Pabrai has turned $100,000 invested in his flagship fund at inception into $937,000 for yearend 2016 net of fees. That performance works out to an average annual return of around 15%. That return compares with 9.62% for Berkshire Hathaway (BRK-B) in the same period.

Pabrai’s bet on Fiat Chrysler is a huge gamble even for a man who likes to place huge bets. As of March 30, 2017, Pabrai’s position in Fiat hit an eye popping 36.31% of his fund’s $389 million portfolio, based on its publicly disclosed 13 F filing with the U.S. Securities and Exchange Commission (SEC).

Pabrai’s bet on Fiat Chrysler has already paid off for him with market-beating returns. Since entering the position in Q4 2014, Fiat Chrysler has gained 58.1%. The S&P 500 index has risen by about 39.5% over the same period.

Pabrai’s investment style is hardly original. He readily admits that he is a value investor following the footsteps of other prominent value investors such as Warren Buffett and Charlie Munger.

As such, you can summarize Pabrai’s investment style succinctly: buy cheap companies that are easy to understand and run by good managers, and then wait. The premise behind value investing is simple: buy $1 worth of assets for much less than $1. As Charlie Munger says, “All intelligent investing is value investing.”

Pabrai also sticks to a handful of informal rules. He has said you should only consider an investment if it hits you over the head immediately. If it does not do so, it’s best to move on. Too much time spent on researching companies makes you biased.

Pabrai has said that before you invest, you also should be able to explain the investment thesis in four or five sentences. Note that this suggestion is identical to what Julian Robertson expected of his “Tiger Cubs,” as I outlined in last month’s issue of Smart Money Masters.

Pabrai also emphasizes the importance of patience. Most investors are held back by their need for “action” and therefore take too much risk.

Pabrai’s has written a book on his style of value investing with a uniquely Indian spin: “The Dhandho Investor.” Dhandho is a Gujarati word, which describes a way of doing business where you only have upside and almost nonexistent downside.

So how do you become a great investor?

Pabrai believes that it is best to study the philosophy of the various master value investors, as well as their specific investments. Start by studying Buffett. Then add Munger, Templeton, Ruane, Whitman, Cates/Hawkins and Berkowitz. Finally, apply this knowledge to your portfolio and generate your own investment ideas.

Let’s take a more detailed look at Fiat Chrysler, and why Pabrai is willing to stake more than one-third of his portfolio on this one company.

Today, automobile companies are among the least loved stocks around. All major automobile car companies such as Ford (F) and General Motors (GM) have underperformed the S&P 500 this year.

The sole exception is Fiat Chrysler.

Much of this outperformance is thanks to the charismatic and innovative leadership of Fiat Chrysler CEO Sergio Marchionne.

When Marchionne took the helm at Fiat in 2004, the company was almost bankrupt. Fiat had churned through three chairmen, five CEOs and three heads of Fiat Auto in the previous four years. Since he took over, Fiat’s value has risen by eight fold over the course of 13 years.

Marchionne did more than just bring the company back from the brink of bankruptcy. By 2009, when the U.S. government was about to liquidate Chrysler, he negotiated the purchase of Chrysler, amazingly with no cash going from Fiat to Chrysler’s owners.

Since then, Marchionne has focused on unlocking value in Fiat’s line of cars. He understood that the sum of the parts of Fiat Chrysler is worth far more than the whole. That’s why he began to spin out parts of the company. Most notably, Fiat Chrysler spun out Ferrari NV (RACE), where Marchionne remains CEO. Since October 2015 when Ferrari was listed, the share price of the Ferrari has doubled. Astonishingly, Ferrari now has a larger market cap than its parent Fiat Chrysler itself.

Nor is Marchionne done with his spin-off strategy.

Marchionne said in recent interviews that Fiat Chrysler intends to sell or spin off its auto parts business. The parts business is on track to produce $500 million in cash flow. Pabrai estimates the company is probably worth more than $5 billion as a stand-alone business. That’s close to 30% of Fiats Chrysler’s entire market cap.

Marchionne is also contemplating some game changing mergers for Fiat Chrysler. In the past, Marchionne has suggested that he would like to merge Fiat Chrysler with GM. According to Fiat Chrysler’s internal calculations, the merger of the two companies into a $280-billion revenue company would save about $10 billion. That sum alone is more than 60% of the entire market cap of Fiat Chrysler. Sadly, GM isn’t interested in the deal as it is pulling out of Europe after losing billions of dollars on its Opel and Vauxhall brands.

With Marchionne set to retire in 2019, Pabrai still believes that Fiat Chrysler’s management will do a major deal in the next two to three years. He suggested Volkswagen is also a likely candidate. Others have indicated that with auto manufacturing moving towards electrification, software and autonomous vehicles, a high-tech giant such as Apple or Google could buy Fiat Chrysler.

A Contrarian Bet on a Car Company

Most Wall Street analysts are negative on the auto sector. They believe that North America is at the peak levels in the cycle. After the peak, analysts think car companies will start burning cash.

The latest statistics seem to confirm this peak auto thesis. The annual pace of U.S. car and light truck sales fell to 16.73 million vehicles for the 12-month period ended in July, sliding from 17.8 million vehicles sold a year ago. Fiat Chryslers’ U.S sales are down 7% to 1,228,839 units year to date.

Pabrai disagrees with the conventional wisdom. Despite the impact of the decision by major automakers to reduce the level of daily rental fleet sales amid the rise of Uber, Lyft and other ride sharing services, Pabrai believes automobile demand is more about demographics and the ages of fleets.

The population of the United States each year increases by three million, or 1%. Since 2007, the country has added almost 30 million people. That’s the equivalent of Florida and Illinois combined. The U.S. auto fleet is also the oldest it has ever been with the average car and truck about 11.5 years old.

Pabrai also points out that cars aren’t a luxury item. If you want to go to work, you need a car. Not everyone lives in urban environments where ride-sharing services are available.

As a result, Pabrai believes that combined U.S. sales for the country’s traditional big three auto manufacturers will stay at roughly 17 million vehicles both this year and next year.

The Valuation Case for Fiat Chrysler

As noted above, Pabrai is a value investor who looks for stocks that the market undervalues by at least 50%.

Fiat Chrysler delivers on that basis.

The valuation of the company is compelling compared to the overall U.S. stock market.

With the stock trading at about $12, that equals a forward price/earnings multiple of 2.67. That’s lower than the valuation of oil companies in Russia.

What does Pabrai think Fiat Chrysler is worth? He expects the company to sell itself in 2018- 2020. Pabrai has said that he would be astonished if Fiat is not trading for at least $20 a share by 2018. If Fiat does do a deal, he predicts the price would be at least $30 per share. That’s 150% upside from current levels.

So buy Fiat Chrysler Automobiles N.V. (FCAU) at market today and place your stop at $9.00. I have given this recommendation a risk rating of 3. 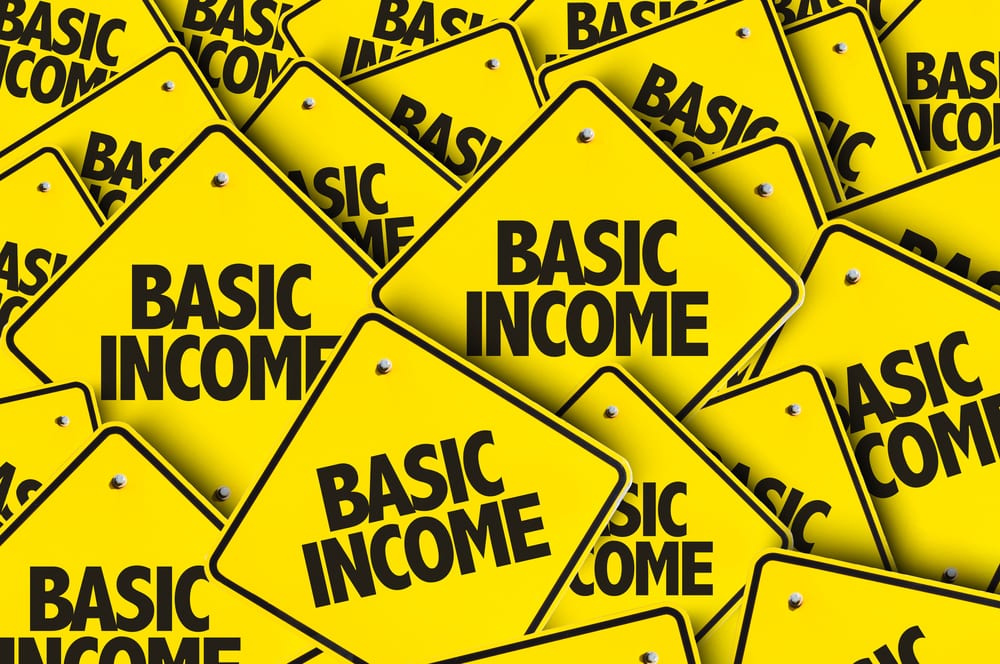 Guess Who’s Supporting a Guaranteed Income for All Americans

Investment expert Mark Skousen talks about guaranteed income for all Americans and how that may not be such a great idea.