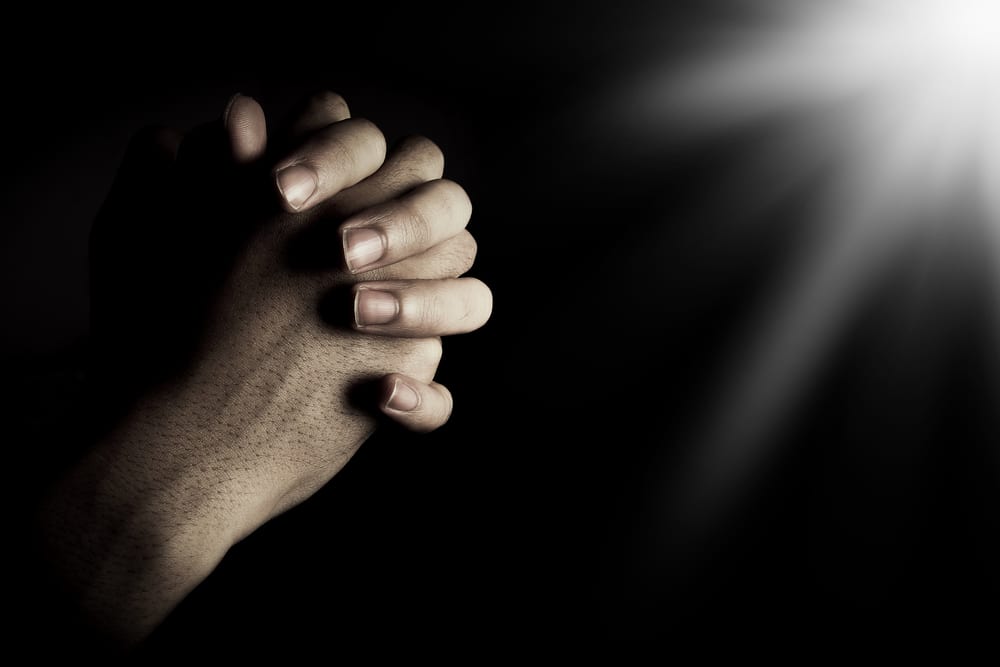 Possibly the biggest tribute to late Supreme Court Justice Antonin Scalia, 79, during his funeral Mass on Saturday, Feb. 19, may have come during the homily offered by his son, Fr. Paul Scalia, who preached about the blessings his father had received during his life and the salvation that faith in Jesus Christ offers flawed people such as his dad.

Every funeral is a reminder of the thin “veil” between this world and the next one, between this time and “eternity,” and between the “opportunity for conversion” and the moment of judgment, Fr. Scalia told the attendees at the Basilica of the National Shrine of the Immaculate Conception, the largest Catholic church in North America and one of the world’s biggest. Fr. Scalia said his dad disliked eulogies and, many years ago, praised a Presbyterian minister in a letter for avoiding a common pitfall of funerals:  praising a commendable person to the extent that focus is lost on the redemption that sinners can obtain through Christ.

Fr. Scalia said his father would want those at his funeral to pray for God’s “inexplicable mercy” toward a sinner named Antonin Scalia.

“Let us not show him a false love and allow our admiration to deprive him of our prayers,” said Fr. Scalia, a priest in the Diocese of Arlington, Virginia.

Pray for the washing away of “all stain of sin,” for the healing of “all wounds,” for the purification of all that falls short of Christ and for Justice Scalia to rest in peace, Fr. Scalia said. Also give thanks for the blessings he received in his life, including his baptism, the spiritual nourishment of the Eucharist and the healing powers of confession, Fr. Scalia added.

“We give thanks that Jesus bestowed upon him 55 years of marriage to the woman he loved, a woman who could match him at every step and even hold him accountable,” Fr. Scalia said.

“God blessed Dad with a deep Catholic faith [and] the conviction that Christ’s presence and power continue in the world today through His body, the Church,” Fr. Scalia said. “He loved the clarity and coherence of the church’s teachings. He treasured the church’s ceremonies, especially the beauty of her ancient worship. He trusted the power of her sacraments as the means of salvation as Christ working within him for his salvation.”

Fr. Scalia interjected humor into his homily by recalling one Saturday afternoon when his father scolded him for hearing confessions that day at church. His father unknowingly began standing in a line to a confessional that led to his son and quickly departed when he realized it.

Justice Scalia later told his son, “Like heck if I’m confessing to you!”

Although his father believed in God and tried to love the Lord and his neighbors, Fr. Scalia said his dad, “like the rest of us, did so imperfectly.”

Although his father practiced his Catholic faith, only those in whom Christ is brought to perfection can enter heaven, Fr. Scalia said.

“We are here, then, to lend our prayers to that perfecting, to that final work of God’s grace, in freeing Dad from every encumbrance of sin,” Fr. Scalia said.

Justice Scalia also was blessed with a well-known “love for his country,” Fr. Scalia said of his dad.

“He knew well what a close-run thing the founding of our nation was,” Fr. Scalia said. “And he saw in that founding, as did the founders themselves, a blessing, a blessing quickly lost when faith is banned from the public square, or when we refuse to bring it there. So he understood that there is no conflict between loving God and loving one’s country, between one’s faith and one’s public service.

“Dad understood that the deeper he went in his Catholic faith, the better a citizen and public servant he became. God blessed him with the desire to be the country’s good servant because he was God’s first.”

A funeral is a reminder that Jesus offers a path “into eternity” and a chance to consider “our own place in eternity” and whether it will be with God, Fr. Scalia said.

“Even as we pray for Dad to enter swiftly into eternal glory, we should be mindful of ourselves,” Fr. Scalia said.

“It makes no sense to celebrate God’s goodness and mercy to Dad if we are not attentive and responsive to those realities in our own lives,” Fr. Scalia said. “We must allow this encounter with eternity to change us, to turn us from sin and towards the Lord.”

In front of them and the thousands of people gathered to pay their respects to his father, Fr. Scalia recalled the words of an English Dominican, Fr, Bede Jarrett, who prayed, “O strong son of God, while you prepare a place for us, prepare us also for that happy place, that we may be with you and with those we love for all eternity.”