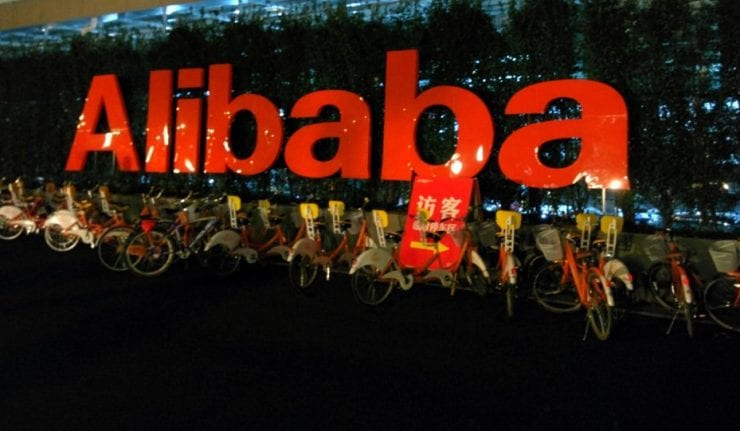 With shares of Amazon.com (NASDAQ:AMZN) now trading in the $1,000 range, some investors may want to consider buying Alibaba (NYSE:BABA) instead.

Investors who feel they can’t justify spending that much per share after already missing out on the great run Amazon‘s stock has made may see much better upside ahead in its Chinese counterpart, Alibaba. While the clock can’t be turned back for those who missed out on Amazon years ago, investors can avoid making the same mistake twice and buy shares in Alibaba, China’s fast-growing e-commerce giant.

On the surface, Amazon and Alibaba appear to be very similar, since they are both online marketplaces. But, in reality the two companies have somewhat different business models.

Both Amazon and Alibaba are e-commerce behemoths. Both are set to see their e-commerce sales continue to rise in the coming years and thus they are expected to boost earnings in the future. While Amazon owns and controls the process of how its e-commerce business works, Alibaba simply runs and maintains the ecosystem that allows other vendors to post products and ship merchandise to customers.

Amazon has a much more capital-intensive structure, but it also has more control. Alibaba is light on assets but has less control overall. While the companies are slightly different in how they operate, the main reason they both will continue to win for the next few years is because e-commerce is here to stay and they dominate that industry.

Industry experts expect retail e-commerce sales will hit $4.05 trillion by 2020, jumping from $1.91 trillion in 2016. Growth rates are expected to be nearly 20% the next few years and it is hard to see how the dominant players such as Amazon and Alibaba will not get the bulk of that growth. Furthermore, e-commerce is expected to be just 14.6% of all retail sales in 2020, meaning e-commerce is still a baby in its business development that has decades of growth ahead of it.

North America is forecasted to produce a 15.6% rise in e-commerce sales this year. That growth is great news for Amazon, but it is dwarfed compared to the bump Alibaba could experience. This year, China is expected to represent almost half (47%) of the increase to e-commerce sales. Due to weak logistics and payment infrastructures, China is still in the very early stages of the e-commerce boom.

And again, this is why Alibaba’s Founder and CEO Jack Ma describes his company as more of an ecosystem being built to help empower others, rather than a company that owns it all and does it all such as Amazon. Ma has said Alibaba needs to hire 5 million people to deliver packages, a task his one company cannot do alone. So Alibaba creates job opportunities for smaller companies to hire those workers for deliveries and that cooperation benefits all.

Another key reason Alibaba could be a better buy today is because Baba is trading at $135 per share with a market capitalization of $341 billion, while Amazon is trading at nearly $1,000 per share with a market capitalization of $472 billion. I don’t think it is hard to imagine both companies will have $1 trillion market caps in the future. Investors in Amazon also face additional uncertainty about how its planned $13.7 billion purchase of Whole Foods Market, Inc. (NASDAQ:WFM) will work out. For investors who buy Baba now as opposed to Amazon, the chances of doubling the return seem much better with China’s #1 e-commerce company.

At the time of this writing, Matt Thalman owned shares of Amazon.co. Follow him on Twitter at @mthalman5513.