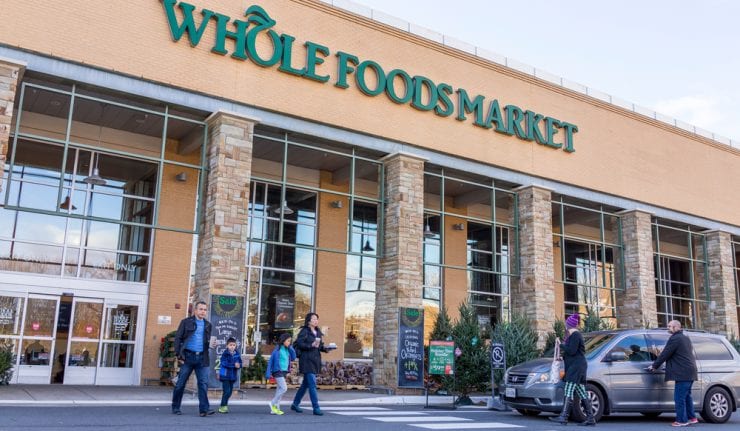 “It’s absolutely essential that the people who work for a company need to feel that they’re part of something bigger — that it’s not just a job.”

One of my long-time friends is John Mackey, CEO and co-founder of Whole Foods Market, who is in the forefront promoting “Conscious Capitalism” and his “Whole Foods Diet” (both bestselling book titles).

On Friday, his company announced the blockbuster news that Jeff Bezos’ Amazon (AMZN) was buying Whole Foods Market (WFM) for $42 a share. It is a good move for both companies, and assures the continued success of Mackey’s mission to create a new brand of business and improved quality of life and health for all Americans.

John will stay on as CEO, and continue to build his food franchise. You have no idea how important John Mackey’s message is to the world — to create a positive new brand of capitalism. I’ve taught a course called “Libertarian CEOs” at Chapman University, and every time most of the students vote to work for Whole Foods Market. They love his stakeholder model of combining doing good and still making money.

I first was introduced to John when I was president of the Foundation for Economic Education (FEE) in New York, and he was a contributor. He has read my book, “The Making of Modern Economics,” three times and was impressed by its clear presentation of the powerful ability of free markets to create wealth rather than simply redistribute it.

When I started FreedomFest 10 years ago, he was one of our first speakers and big supporters. He is now a co-ambassador, along with Steve Forbes. 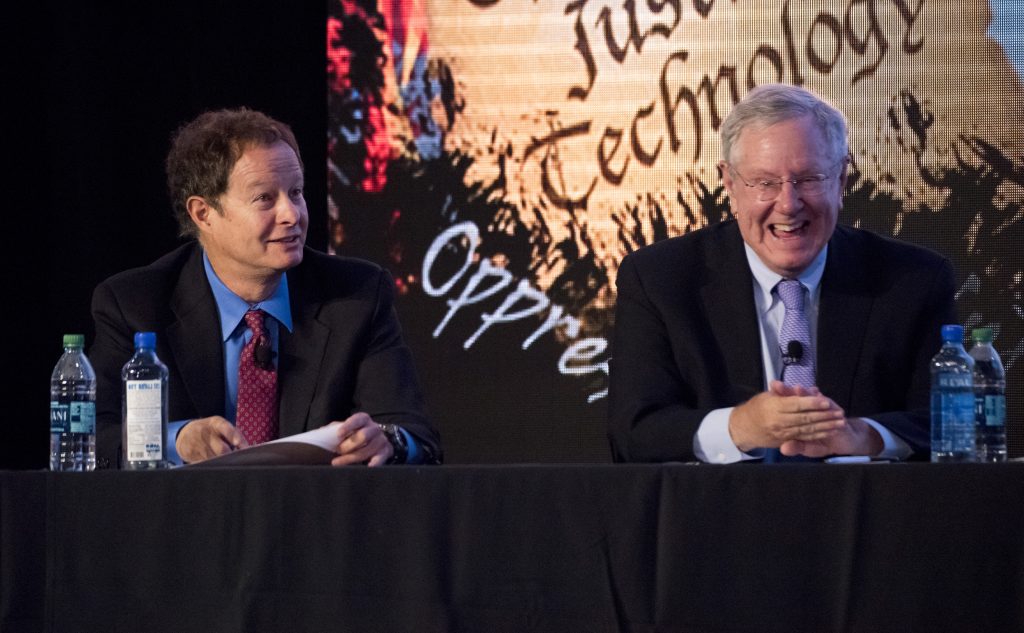 John has also been instrumental in the development of our health and wellness tracks at FreedomFest. One of John Mackey’s most popular topics has been “The Whole Foods Longevity Diet: How to Live to be 100 and Avoid the Big Four Killers,” referring to heart disease, cancer, stroke and diabetes. He recommends that people eat a whole-food, plant-based, low-fat diet with the consumption of animal foods, including dairy products, representing less than 10% of total calories and eliminating all refined foods such as sugar and white flour. John believes that the healthiest diet consists entirely of whole foods, especially vegetables, fruits, beans, and whole grains. He surprised everyone when he said, “The more vegetables you eat, the more weight you will lose, because vegetables are the most nutrient-dense foods per calorie we can eat.” According to him, eating a diet consisting of whole grains, beans, vegetables and fruits is the least expensive diet we can eat, provided we are willing to cook and eat at home.

A few years ago, two attendees stood up after one of John Mackey’s sessions and announced to the crowd that they had followed Mr. Mackey’s recommendations the year before and are now healthier than ever. FreedomFest, and healthy eating, can make a difference!

John is the author of the new book “Whole Foods Diet: the Lifesaving Plan for Health and Longevity.” This year, I’m pleased to announce that his two co-authors, Alona Pulde and Matthew Lederman, both medical doctors from Los Angeles, will address us.

Saturday Night Tribute to Steve Forbes on his 70th Birthday!

This year, John made a video tribute to Mr. Forbes, who turns 70 at our conference. We all owe Steve Forbes a debt of gratitude for all he has done for America. We are honoring him and his ideas at the Saturday night banquet, July 22. Other contributors to the video tribute will be Charles Koch, Larry Kudlow, Kim Githler and Maria Bartiromo. I hope you will join us. We all owe a debt of gratitude to John Mackey and Steve Forbes as the premier defenders of free-market capitalism.

In case you missed it, I encourage you to read my e-letter from last week about my debate with Gene Epstein on the importance of Adam Smith, the founder of modern capitalism.

Good news! We just posted our full agenda of over 250 speakers, panels and debates online at www.freedomfest.com/agenda. Just scroll down and see your favorite speakers and topics — on philosophy, science & technology, history, geo-politics, healthy living, investments and business. And don’t forget, our keynote speaker is William Shatner of Star Trek fame. Plus, hear Senator Mike Lee, 4-5 congressmen and many others.

This week’s Alpha Algorithm returns to a previous recommendation: online shopping giant Amazon.com (AMZN). Despite hitting its stop in your portfolio on a June 9 sell-off in the tech sector for a 15% gain, Amazon remains a great favorite of the Alpha Algorithm investment strategies. Founded in 1994 and headquartered in Seattle, Washington, Amazon sells consumer products in North America and internationally. Amazon also manufactures and sell