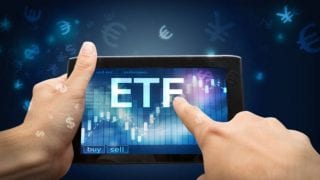 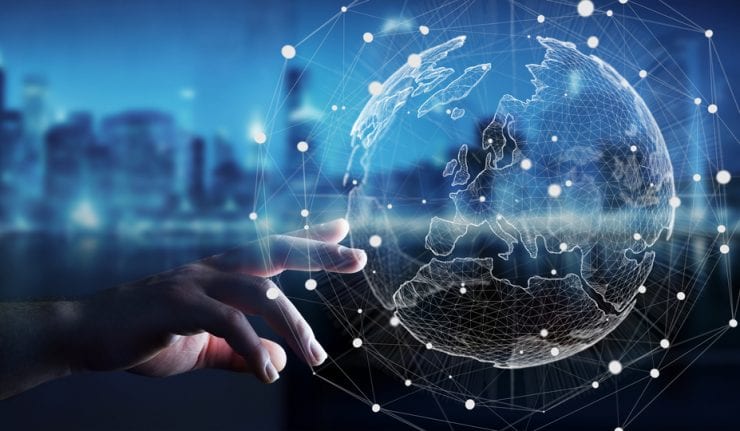 For much of the past two months, the equity market has been engaged in a bout of flirtation with what I’ve called the “reflation trade.”

Also during reflation, we tend to see market sectors linked to economic growth, i.e. banks and financials, industrials, consumer discretionary and small-caps, make a concerted move to the upside.

We saw the beginnings of the reflation trade in September, as 10-year bond yields surged, the U.S. dollar rose against rival foreign currencies and banks, financials and small-caps rose.

We know that by looking at two key charts — the CBOE 10-Year US Treasury Yield ($TNX) and the KBW Bank Index ($BKX). 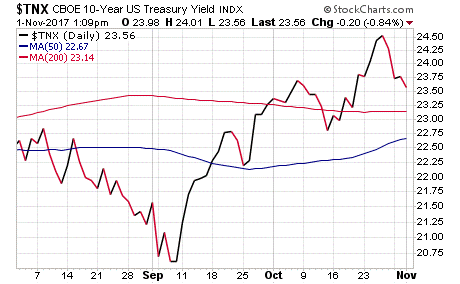 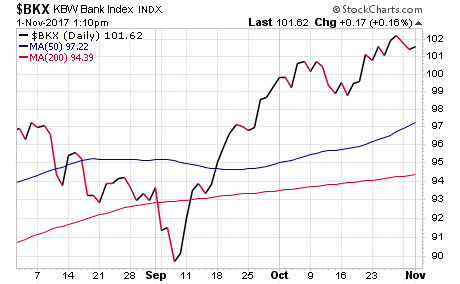 Here we see that both 10-year yields and bank stocks surged in September, with both breaking above their respective 50-day and 200-day moving averages that month.

For that trade to continue, I think we will need to see a couple things happen.

First, we need to see more inflation. Indeed, the lack of significant inflation metrics is quite a surprise in 2017. According to Federal Reserve Chair Janet Yellen, “The biggest surprise in the U.S. economy this year has been inflation.”

Yellen made those comments recently at the Group of Thirty’s Annual International Banking Seminar in Washington, D.C., where she expressed a sense of puzzlement as to why the inflation rate has remained below the Fed’s 2% goal even at a time when the unemployment rate has fallen to 4.2%, its lowest level since 2001.

Second, we need to see material progress on tax reform. If Congress can manage to hammer out a tax-reform plan that contains a substantive corporate tax cut (to 20-25% from 35%), the reflation trade will get a big boost.

The question then for investors becomes: What’s the best way to position your money to take advantage of a continued reflation trade?

Here I think we can look to three exchange-traded funds (ETFs) that will position your capital to take advantage of the reflation trade. 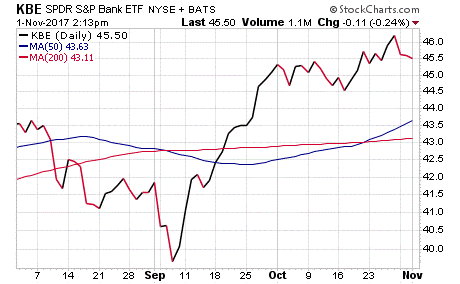 Bank stocks likely will be the biggest beneficiaries of the reflation trade, and that means having exposure to the segment via an ETF pegged to bank stocks will make sense.

The SPDR S&P Bank ETF (KBE) seeks to provide investment results, before fees and expenses, that correspond generally to the total return performance of the S&P Banks Select Industry Index.

KBE shares have spiked nearly 12% since the September lows, a move that supports the reflation-trade thesis and that augurs well for a continued move higher in the segment.

The return of the reflation trade will be good for small-cap stocks, as these are the stocks most affected by a rising economic tide. Fortunately, gaining exposure to small caps is easy via the iShares Russell 2000 ETF (IWM). 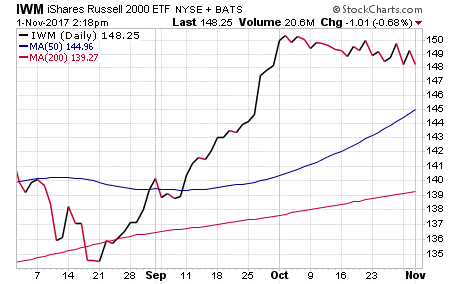 This ETF is pegged to the fate of the Russell 2000 Index, and its top holdings include Kite Pharma, Inc (KITE), bluebird bio, Inc. (BLUE) and Exact Sciences Corporation (EXAS).

Since falling to its recent low in late August, IWM is up nearly 10%. Once again, the rise is another confirmation sign of the reflation trade in action. 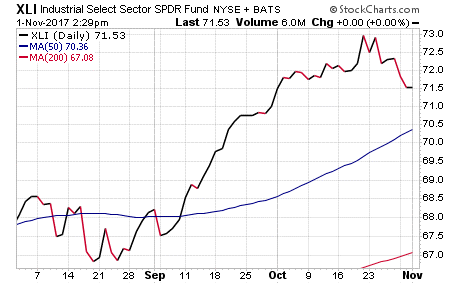 Since the September emergence of the reflation trade, XLI is up about 4.5% (from its Sept. 5 low). And while the gains have come off their October highs, a continued reflation trade will likely lift this high-flying sector back to new highs.

The Direxion Daily Aerospace & Defense Bull 3X Shares ETF (DFEN), with just $43.43 million in assets under management, is a relatively small exchange-traded fund (ETF) in the aerospace and defense sector compared to many peer funds, but it also is triple-leveraged for those seeking to bet big.

DFEN tracks the Dow Jones U.S. Select Aerospace and Defense Index. Unlike many other ETFs, however, DFEN’s objective is to obtain 300% of the return of that index through high leverage, but only for a single day.

Investors should not expect DFEN to provide such a high return for periods greater than a day. Unleveraged exposure to the same index can be found in the iShares Dow Jones US Aerospace & Def ETF (ITA), which is another popular fund in the aerospace and defense field.

In the DFEN fund manager’s own words, the ETF is designed to take advantage of short-term trends while letting its investors stay liquid. Moreover, DFEN is designed for trading more than investing, which matches the goal of the fund — to seek high short-term returns that likely are not sustainable in the long run.

DFEN has an expense ratio of 1.09%, which is higher than some of its peer funds such as PPA and its 0.64% expense ratio. Due to the fund’s day-trading nature, analysts have recommended that interested investors pay more attention to the trading volume and bid/ask pricing rather than the expense ratio.

Launched on May 3, 2017, DFEN is a newcomer to the aerospace and defense field. However, its price has increased by more than 66% in a span of just five months, indicating that DFEN’s strategy has so far paid off handsomely. For comparison, the S&P 500 returned 6.63% over the last six months. 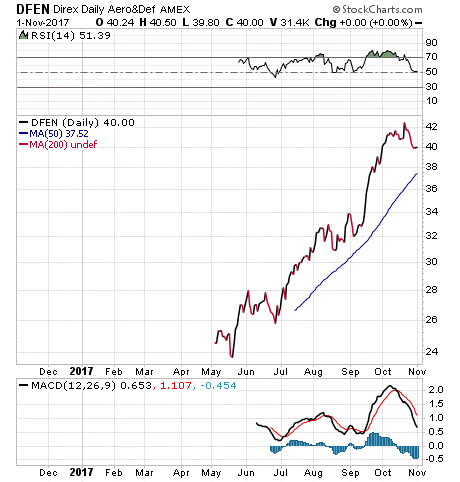 For those seeking high potential returns in the aerospace and defense segment, I encourage you to look into Direxion Daily Aerospace & Defense Bull 3X Shares ETF (DFEN).

In a recent New York Times column, “The G.O.P. Is No Party for Honest Men,” Keynesian warrior and Nobel-Prize-winning economist Paul Krugman starts out by admitting he is confounded that only 60 percent of Americans in a recent poll think that the tax plan favors the rich.

According to Krugman, “It’s shocking that as many as 40 percent of Americans don’t realize this.”

The tax plan does favor the rich… and it should.

Indeed, one of the most-aggravating accusations levied against the Trump administration and the GOP’s tax reform proposals is that it favors the rich.

I say aggravating, because that criticism is analogous to saying that the lunch special at the Chinese buffet favors those who eat a lot.

Of course, the tax plan, i.e. tax cuts, are going to favor the rich. That’s because it’s the rich who pay the taxes.

This simple fact of reality seems to be lost on those quick to criticize tax cuts, chief among them Krugman. Surely the Yale and MIT-educated professor knows that the overwhelming majority of income tax revenue collected by the federal government comes from the richest Americans, i.e. the much-maligned “top 1%”?

According to Krugman, “The main elements of the [GOP] plan are a cut in top individual tax rates; a cut in corporate taxes; an end to the estate tax; and the creation of a big new loophole that will allow wealthy individuals to pretend that they are small businesses and get a preferential tax rate. All of these overwhelmingly benefit the wealthy, mainly the top 1 percent.”

Again, I agree, and that agreement should make perfect sense to anyone looking at things objectively. I mean, after all, shouldn’t a tax-cut plan be designed to give tax relief to those who pay the most taxes?

Now, if you don’t believe me, let’s just take a look at the numbers — numbers so clear that even the Nobel Prize winner can understand them.

According to data from the non-partisan, yet conservative-leaning Tax Foundation, there’s no denying who bears the greatest burden in terms of overall income taxes paid.

The most recent data analysis published at the Tax Foundation is for 2014, and it tells us the following:

The chart here illustrates this final point quite vividly.

What we have here is irrefutable evidence that the overwhelming burden of the overall tax base falls on the shoulders of the richest taxpayers.

So, I ask again, if you are going to cut taxes, why wouldn’t you start by cutting the taxes of those who pay the most taxes?

Yet these numbers don’t seem to matter to Krugman and others who share his view that tax policy should unduly harm the most successful in society. To Krugman and his ilk, taxes should be punitively progressive, meaning they should punish those at the top.

Then, they want that tax revenue redistributed via government bureaucracy to the projects, policies and political goals of those who hold power.

It is not enough to just give those who pay the most in taxes a tax break. The Krugmans of the world want to squeeze the rich for as much as they can, because in their grand philosophic view, society is the real owner of that money, not the individual.

Yet I have a solution for Professor Krugman and those in his intellectual camp who should appeal to them, especially if their interest is purely one of fairness.

How about a HUGE tax cut for EVERYONE?

The only entity that would suffer from tax reform of that sort is government — and that’s why leftists and progressives will never support it.

Wisdom from A Literary Giant

“Man only likes to count his troubles, but he does not count his joys.”

The brilliant novelist had intimately penetrating insights into the human psyche, which is in part why his books are so powerful. Here, he reminds us that we all tend to focus on the negative far more than we focus on the positive. And while this is generally human nature, it’s important to recognize what we tend to not recognize often enough — i.e. the many truly joyous moments in our lives. The recognition of the need to count our joys can lead us to actually counting those joys more often. And, counting the joys more often can increase our happiness.

U.S. and global stock markets closed yet another mixed week. The S&P 500 eked out a 0.23% gain, while the Dow Jones pulled back 0.28%. Both the Nasdaq and the MSCI Emerging Markets Index posted better weeks, closing the week up 2.81% and 0.85%, respectively. Prem Watsa’s bet on BlackBerry (BB) jumped another 4.52% -- the same percentage it rose last week. This position is now up 22.23%. Carl Icahn’s PayPal Holdings (PYPL) rose another 3.35%. The stock